Despite a permissive online environment, digital freedom is on the decline | #speakup barometer | Lebanon | DW | 07.05.2019

Despite a permissive online environment, digital freedom is on the decline

Compared to Arab countries, Lebanon has few restrictions in place regarding online content. A lack of legislation to protect freedom of expression online and a spike in related arrests means digital rights are suffering. 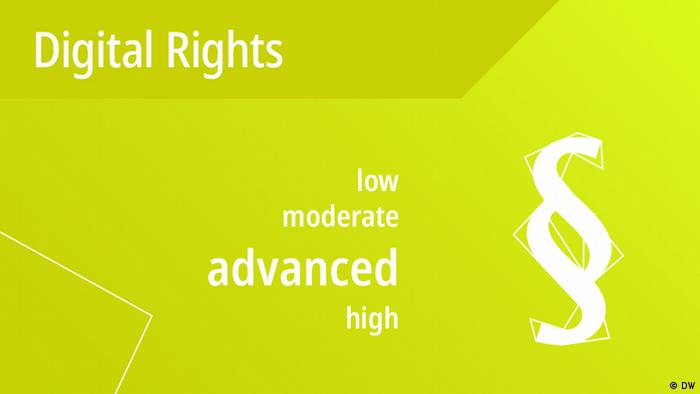 — Lebanon’s LGBTQ community is under threat when it comes to their digital rights
— Grindr, an app, has been blocked by the Ministry of Telecommunication
— Around 50 websites in total have been blocked
— The number of arrests of citizens, journalists and activists who made critical statements online has spiked in the past year
— Lebanon has no laws in place to protect freedom of expression online.

On most days, traffic crawls through Beirut’s crowded streets - so when a military checkpoint forces all cars to drive in a single lane, the outcry is especially loud. Soldiers randomly stop vehicles, proceeding to check drivers, their passengers - and their mobile phones. For some people, it’s more than just an annoyance – they could end up getting arrested. "For the LGBTQ community, there's the issue of having a dating app like Grindr on their phones. When security forces at checkpoints see the icon on a phone, people can be illegally detained," said Grant Baker, researcher at SMEX, the Social Media Exchange, in Beirut.

Grindr is one of the most popular dating apps in the queer community. But in early 2019, the government partially restricted access to the app. "It was blocked on Touch, which is one of the mobile operators, but it wasn’t blocked on Alpha or via Wi-Fi", explained Baker. The Ministry for Telecommunication is reported to have illegally ordered the restriction. "It wasn't very transparent, so we've relied on sources," said Baker. An anonymous Touch employee told SMEX that the ministry ordered the blockade on 3G and 4G networks. Other sources at SMEX, who also remain anonymous, have confirmed that the ministry was involved. 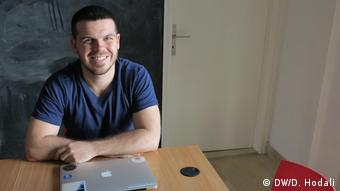 This kind of treatment of the LGBTQ community is unusual for Lebanon. Article 125 of the E-Transaction and Personal Data Protection act, which came into effect in 2019, requires that the courts decide over the blockade of any websites, online content, and/or apps. But in the case of Grindr, it appears the ministry took matters into its own hands, as there is no evidence of any legal decision having been made on the matter. In the meantime, the app is now accessible again, in response to pressure from civil society. But Lebanon’s Maharat Foundation reports a more restrictive approach to the LGBTQ community overall - whether on the streets or online.

Compared to other countries in the region, Lebanon has blocked relatively few websites and/or apps. Only approximately 50 websites are on the banned list, and most have to do with pornography, illegal betting or Israel. One LGBTQ website is on the list. Besides this list, the internet is freely accessible to the people of Lebanon. SMEX has documented all the blocked websites, just as it documents any arrests in connection with freedom of expression.

The most frequent type of censorship in the blogosphere and among media outlets - many of which are owned by politicians or political parties - is self-censorship. Users are more worried than they were previously about openly expressing their opinion on controversial issues on the Internet, as the number of people arrested for making critical statements online – whether about politics or religion – has increased. While there were five such arrests in 2016, SMEX recorded 41 arrests in 2018.

"If something was written on the Internet, such as on social media platforms, they refer it directly to the Cyber-Crime Bureau, because they say the crime has been committed with an online tool," said Layal Bahnam of the Maharat Foundation. Usually, it is a charge of defamation, she added. Frequently, those arrested have no idea why they’ve been summoned or detained. "So, they have to go there [to the police station] to discover why they have been summoned," she said. Sometimes, media organizations will receive a tip-off from an influential person, warning them to delete a certain statement about a politician, for example. 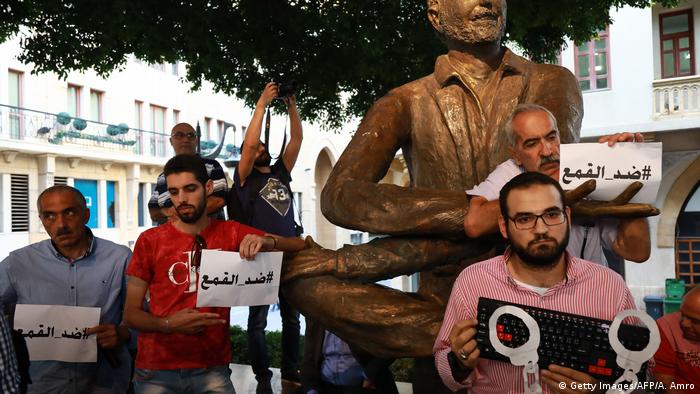 At least one case in 2018 resulted in a prison sentence. Of those detained, some were forced to pay a fine, and others were allowed to go after a few hours, provided they signed a statement promising never to make a similar statement about the given person again.

Cabinet also passed a law, allowing security officials unfettered access to all telecommunications metadata for a period of four months up to one year.  Government-owned telecom companies Alfa and Touch are obligated to comply.

And yet, Daraj founders Diana Moukalled and Alia Ibrahim agree: the situation in Lebanon is much better than elsewhere in the region. Whereas journalists in Lebanon enjoy extensive freedom, the situation for their colleagues in Egypt is very different. There, many of the journalists who work for Daraj write under a pseudonym. Ultimately, Lebanon’s media landscape is diverse, and – generally speaking – criticism is possible.

New media laws on the horizon

Lebanon’s constitution guarantees freedom of opinion, freedom of assembly, and freedom of the press. However, there is as of yet no law to protect freedom of opinion on the internet. The country’s Publications Act protects unionized journalists from arbitrary arrest and interrogation, but "that does not explicitly refer to electronic publishing and websites," according to the 2018 Freedom on the Net report.

The authorities rely on the penal code – which has fewer protections for individuals – when they want to summon or punish journalists for statements made online. In this regard, the Freedom on the Net report from 2018 labels Lebanon as "partly free".

The Maharat Foundation, in cooperation with a former member of parliament, drafted a new media law in 2010. The draft was presented to elected officials, and registered as bill 441/2010. The bill aims to guarantee internet freedom as a basic right for every citizen. Activists are optimistic that, under the country’s new government, it may finally become law. Senior MP George Adwan, who chairs the parliament’s Administration and Justice Committee, promised to increase efforts to pass a new media law later this year. "This coming year is very important. There is momentum," said Maharat Foundation President Roula Mikhail. She’s choosing to remain optimistic about the future, even if many Lebanese remain skeptical about the level of political will necessary to turn the promise of a new media law into reality. 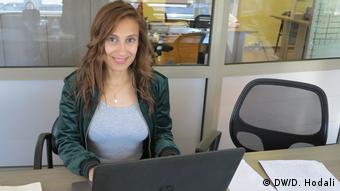 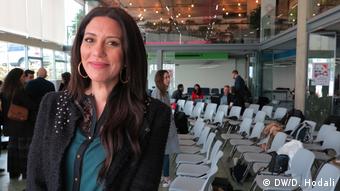 Grace Harb, program director of Initiation to ICT and Tech for Girls and Marginalized Youth: "I think digitalization in Lebanon will become very important, especially since the educational system is now aware of the importance of integrating ICT and technology. A new draft was presented to parliament. So hopefully, we can start to integrate robotics and ICT and coding into the curriculum"

— Fewer blocked websites
"We want to reduce the number of websites being blocked," says Mohammad Najem from SMEX. To that end, the organization is collecting data. "In the future, we want to build up a legal team, so that we can start challenging these cases in the courts. We want to raise awareness about digital privacy."

— A new law to protect freedom of speech online
Lebanon currently has no law to protect freedom of expression online similar to the Publications Act, which protects unionized journalists from undue detainment and interrogation by the police. For this reason, parliament should pass an Access to Information Law that protects against arrests. There is also a lack of industry self-regulation in Lebanon. "There is the National Audiovisual Council, but it doesn't have any executive powers, and it's also affiliated with politicians," says Layal Bahnam from the Maharat Foundation. An independent institution is needed.

The country has slowly begun to invest in innovation ecosystems, but there are no sustainable digital participation initiatives yet. Newsrooms do not have the capacity and the resources to foster civic innovation. (27.03.2019)

SMEX wants to change people’s perception of digital privacy in Lebanon. Your content and the exchange of your data should only happen with your consent; says co-founder Mohamad Najem. (07.05.2019)

A mixture of media and entrepreneurship

Although Internet access in Lebanon is both costly and limited in rural areas, people benefit economically from social media by skillfully combining storytelling and merchandising, says Sandra van Edig. (07.05.2019)