The country has slowly begun to invest in innovation ecosystems, but there are no sustainable digital participation initiatives yet. Newsrooms do not have the capacity and the resources to foster civic innovation. 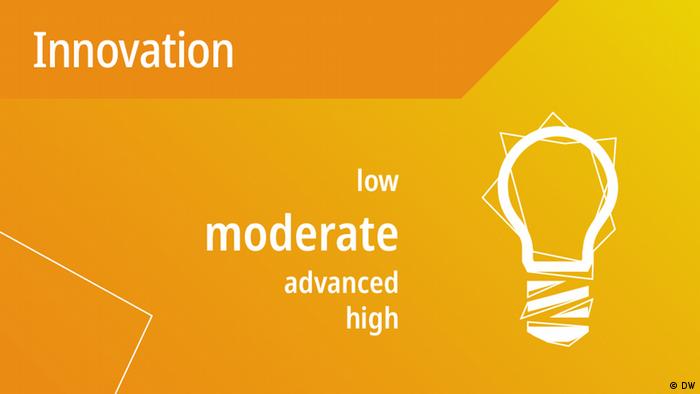 The capacity and resources to foster innovation is still low in Pakistan, leading to a moderate level of digital participation for innovation

— Pakistan has a thriving software development scene and a number of startup incubators have sprung up, but civic innovation remains limited
— Newsrooms have a very limited capacity to take advantage of their meager opportunities
— Universities are not investing in digital participation programs and research
— Political discourse is limited to television and some social media platforms

Pakistan’s flourishing software development scene has done little to contribute towards innovation in digital participation. News organizations do not have the resources or confidence to invest in innovation in their field; journalists do not have the time, the training or the support from the academics or innovators to communicate in new ways. While millions of politically active citizens discuss politics in the face of growing censorship on traditional social media platforms, they are missing out on new ways to participate in the public discourse.

According to Sophia Hasnain, founder and CEO of Linked Things, an Internet-of-things solutions provider, startup incubators  — including a series of government-backed National Incubation Centers — have sprung up in Pakistan's larger cities, to encourage technology startups to promote innovation. There are co-working spaces in each of the three major cities, including one for women, says Saad Hamid, a digital entrepreneur and who leads the innovation consultancy and training group, Demo.Civic innovation is no longer a foreign concept, he said, as open data initiatives have begun to arise. But the increasing enthusiasm for innovation and entrepreneurship has not increased digital participation by citizens and journalists. "There is no interaction between the technology networks and newsrooms. There is no knowledge exchange," says Shaheryar Popalzai, a newsroom innovator who has worked with several major media organizations in Pakistan. 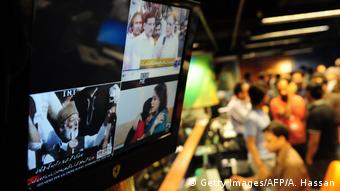 Jahanzaib Haque, chief digital strategist and editor at Dawn media group, agrees. "There is a lack of expertise, and a lack of knowledge of how to even begin to conceptualize an innovation project in journalism." He says most journalists and editors are not tech savvy, and that news organizations sometimes have to hire people with no journalism background to work with technology. Similarly, according to Popalzai, newsrooms are under-resourced and do not have the equipment to allow already overworked reporters to innovate. In the absence of short-term returns, media groups are not interested in investing in technology.

Data journalism and research is non-existent

What’s worse, on the education side, innovation is not part of the curriculum in journalism programs at the universities and there is little research on new avenues for public discourse. "Sometimes we see single courses called digital journalism, but what does that even mean? We need to teach students about using data, about user experience research, and project management," Popalzai says. “There are some courses offered here and there, but media studies programs are more concerned with TV production," confirms Haque. "Research into digital journalism is practically non-existent." Digital rights groups conduct some research on their own, but experts agree the country’s universities are lagging behind.

Media organizations thus have difficulty conceiving of how to monetize a digital journalism project, according to Haque. Therefore, while other types of digital ventures may develop international linkages and secure funding, digital civic participation projects are not very common and newsrooms have no sustainable innovation plans. "They’re firing reporters because they are not able to create new business models," says Hamid of the innovation consultancy, Demo. Several infotainment startups have raised money and made it big, but political discourse is limited to traditional social media platforms. In his view, that means media companies are "missing out on the opportunity to reach out to 120 million young readers." 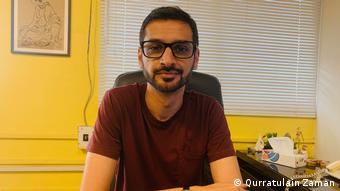 "Innovation dies at the very early stage in traditional media organizations, because journalist and editors are all from the print background. They don’t get it." 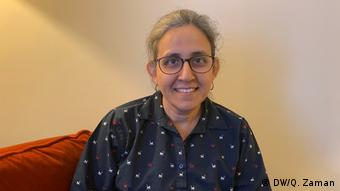 Sophia Hasnain, founder and CEO of Linked Things, on areas of innovation:

"There is so much buzz around innovation, around doing something, becoming an entrepreneur. People are being encouraged. But what they are looking at is innovation in e-commerce, in e-payments, in the Internet of things, for example. Not many people have thought about digital participation." 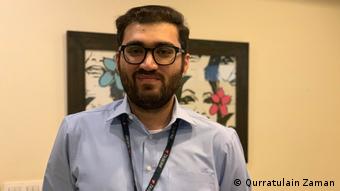 Shaheryar Popalzai, newsroom innovator, on the capacity to innovate:

"Newsrooms are under-resourced. If you look at the tools journalists are using, they’re disappointing. Old cellphones and old laptops. If they need to learn how to use augmented reality for example, they have to do it in their own time with their own resources. Journalists don’t have the technology to experiment with." 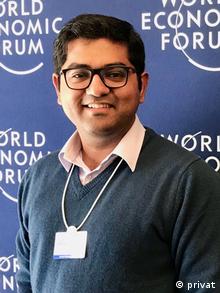 Saad Hamid, digital entrepreneur, on the potential for sustainable innovation:

"Of the 200 million people living in Pakistan, 120 million are under the age of 30. Media groups are screaming at each other on Twitter, they do not understand the potential of youth and how to utilize it."

— Education, training and research
Media departments should look forward and change the focus of their teaching and research from an emphasis on television and print journalism toward civic participation using newly available data and tools, the experts said. “"Journalism is a different ballgame now," said Shahreyar Popalzai. He argues that reporters should be taught how to use data, be familiar with user experience research, and be trained in digital project management in order to innovate and thereby meet civic participation challenges.

— Developing and investing in sustainable innovation projects
Journalists at the forefront of civic participation face significant challenges from their own marketing departments, who do not know how to create sustainable business models for the organization to invest in, Jahanzaib Haque says. According to Saad Hamid, "Money is available. Yes, it is hard to convince investors and donors, but if you have solid plans, it is possible to get funding." If media organizations are open to new ideas and can build on them, Shaheryar Popalzai thinks that they can expect significant rewards.

— Community efforts
While software developers and entrepreneurs have formed large, thriving communities in Pakistan, there are no similar initiatives by citizens, reporters and innovators interested in civic participation, said Jahanzaib Haque, who runs the only major online community of digital journalists. Sophia Hasnain believes journalists should set up their own innovation hubs to develop new participation models and secure funding for them.

Higher taxes pose a challenge to digital participation in Pakistan. Beyond a long-term denial of service in marginalized areas, authorities also disable mobile access during times of political or religious sensitivity. (27.03.2019)

Broad legal limitations on free speech on the Internet are applied without transparency or oversight. Data protection and right to information laws are a work in progress. (27.03.2019)

Islamabad is extending media regulations and censorship to the digital realm, while mainstream news organizations have yet to find sustainable ways to use new opportunities for freedom of speech. (27.03.2019)

Anas Saleem: A Pakistani who uses Instagram to build bridges between India and Pakistan.

The future of democracy in Pakistan hinges on digital civic participation

Digital media can be an opportunity for civic engagement by women, ethnic and religious minorities, and the rural poor in Pakistan, says longtime journalist Raza Rumi – but citizens will have to take the initiative.

Asif Khan is DW Akademie's country representative in Pakistan. In an interview with the #speakup barometer team, he shares his insights on digital participation in his country.

The Sindh Tech Skill Development Centre in the Lyari area of Karachi proves a safe place for young women and girls to learn everything from IT skills and English, to make-up and hairstyling.

Running Mochi, a political satire page on Facebook, led to Ahmad Waqass Goraya's abduction and torture, as well as a hate campaign against him on social media.

Maria Umar: A business founder who found options to work from home while battling post-partum depression and societal restraints.