A mixture of media and entrepreneurship

Although Internet access in Lebanon is both costly and limited in rural areas, people benefit economically from social media by skillfully combining storytelling and merchandising, says Sandra van Edig. 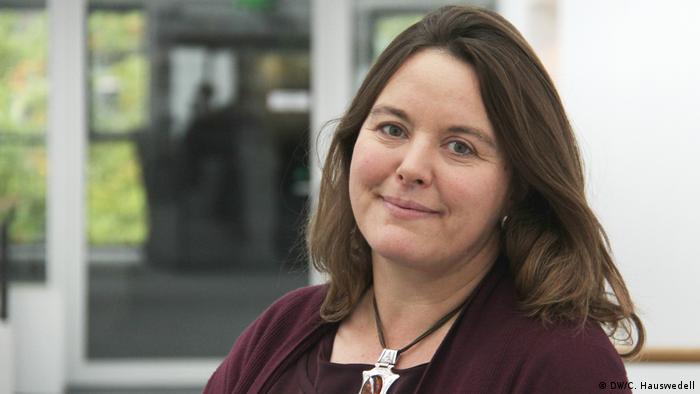 DW Akademie’s Sandra van Edig is our country manager in Lebanon, where she works closely with partner organizations to support youth in media and media viability. In an interview with the #speakup barometer team, she shares her insights on digital participation in Lebanon.

Deutsche Welle Akademie: How would you asses the status of digital participation in Lebanon?

Sandra van Edig: When you're in Beirut, it’s easy to think that everyone is very digital. You see people using the taxi app Uber; they order meals with their smartphones; and you see young people all over using various chat applications – especially WhatsApp. Voice messages are also very important – for different generations. I get the impression that this is something people really enjoy using.

But when you go to the suburbs of Beirut, or you take a look at other cities in Lebanon, such as Tripoli or Saida, the actual use of digital technology is much less than one would expect. The reason for this is a lack of money. Many people do not own a smartphone and even if they do have one, not everyone has Internet access on their phone or at home. People who don’t have much money are not going to spend it on phones and computers. So when it comes to Internet access, there is a huge gap between urban and suburban Beirut as well as between Beirut and other cities.

Where do you see the greatest potential?

Sandra van Edig: People have digital devices and they know how to use them. So I see great potential in entrepreneurship and digital entrepreneurship. These different digital tools can be used in an economical way - to start a mini-start-up, for example. When it comes to media, the potential lies within social media, just as in many other countries all over the globe. Young people produce pictures, videos, texts and stories for Facebook or Instagram; they use social media on a daily basis, but it's a question of how to use it properly. We should look at this more closely: We can provide them with skills and knowledge about quality content.

Where do you see the biggest obstacles?

Sandra van Edig: There is considerable poverty in Lebanon. Not everyone is digitally well equipped. When you look at refugee communities for example, sometimes only one person per family has a phone and it is not always a smartphone. So if you want to reach refugee women, for example, it's very difficult because they don't always have the devices to communicate. Furthermore, there is a huge lack of electricity and the digital infrastructure is very limited. The Internet is still slow and costly.

Can you give some examples of innovative projects?

Sandra van Edig: When we started our community platform Campji, we had the impression that we were the first Facebook page offering quality content about migration and the lives of refugees in Lebanon. It lends refugees a voice within their communities and in the outside world.

Now there are many Facebook pages by youth for youth, such as ana-hon.com or nastopia. There are also Facebook pages run by young people in the Bekaa region, who’ve discovered it as a tool to promote the area in which they live.

What is DW Akademie’s focus in Lebanon?

Sandra van Edig: We’re working to improve participation among young people and marginalized groups. Plus, we’re promoting a sustainable digital media landscape in the region. All around the world, media institutions producing quality journalism are facing challenges to their survival. The Digital Media Viability Lab, an initiative of Maharat Foundation is a space to promote quality journalism in challenging media environments. Together with our partner, the Maharat foundation, we’re training media makers to become media managers. These media managers can support and promote young people and help them make their Facebook pages or websites viable. Sometimes, young people want to promote a better life or even regional products like spices. And this is when it becomes a mixture of media and entrepreneurship – uploading interesting stories, and simultaneously doing some merchandising. DW Akademie is also developing an arena of dialogue between the different social groups in Lebanon so that they interact more in different sectors such as the economy, education and media. I think we, as DW Akademie, have to think broadly: Media is part of society and society knows how to use digital devices to become innovative. And I think that this is where I see our work in Lebanon heading – to combine what we do with innovative ways of using digital technologies.

The interview was conducted by Diana Hodali

SMEX wants to change people’s perception of digital privacy in Lebanon. Your content and the exchange of your data should only happen with your consent; says co-founder Mohamad Najem. (07.05.2019)

A bright moment for online activism in Lebanon