SMEX wants to change people’s perception of digital privacy in Lebanon. Your content and the exchange of your data should only happen with your consent; says co-founder Mohamad Najem. 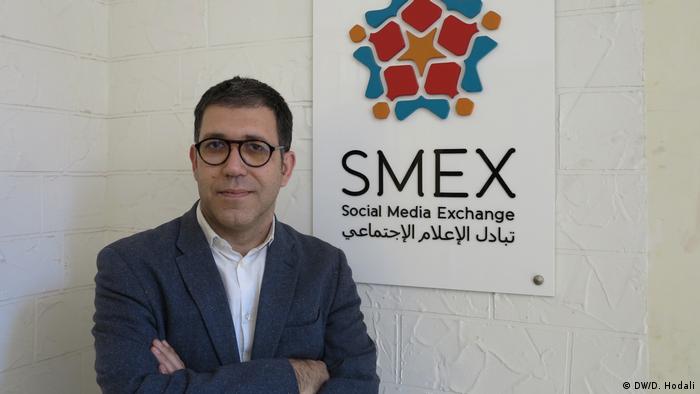 Mohamad Najem from SMEX is advocating for human rights online

Mohamad Najem is the co-founder of SMEX, located in Beirut. SMEX is a Lebanese NGO that advocates for self-regulating information societies in Lebanon, the Middle East and North Africa, through research, training and advocacy on internet policy and digital rights. Some of the issue SMEX is working on are freedom of expression online, privacy, data protection and surveillance.

Do you think that social media is a counterbalance to the traditional media?

Mohamad Najem: I think we’ve passed that phase. We're in a phase now where everyone knows how strong social media is, and everyone is trying to use it and abuse it for their own political or cultural or other agenda. So, while it's a space for freedom of expression, it's also a space for authoritarian regimes to lead attacks online and spread rumors through Twitter bots. This is something that we have seen a lot of in Saudi Arabia for example in their war on Yemen. In Lebanon, it also happens but on a different level. I mainly see people who are trying to organize themselves around certain issues.

What role does Social Media play in a country like Lebanon, where almost every media institution using it is affiliated with a political party? How does this influence society?

Mohamad Najem: That's a very good question and it's hard to answer. On the one hand, it can mean that people will actually meet others and try to better understand other opinions. Assuming that people want to do this, it is a positive effect. On the other hand, people cluster among themselves and begin to see other people’s opinions and values as a threat.

But I think this is a global issue. In Lebanon, people discuss various issues: refugees, the economy, the lack of electricity, traffic. And now we have a new government, which says it is making a big positive push to fight corruption. So issues discussed on social media will change as things change in the country.

Where do you see your role as SMEX in this conversation?

Mohamad Najem: We work on the intersection of technology and human rights. So, we look at violations of freedom of expression. Currently, we're building a website to track cases of violations, so we can engage in advocacy. We also attend parliamentary committee sessions to provide our opinions. We are really trying to change some malpractices and policies. For example, the dating app Grindr is blocked in the country and we are advocating to change this decision.

We really want to reduce the number of censored websites, so we need to collect information. In the future, we want to collaborate with more legal firms or build a legal team, so that we can start challenging these cases in the courts. We want to raise awareness about digital rights, and mainly privacy. 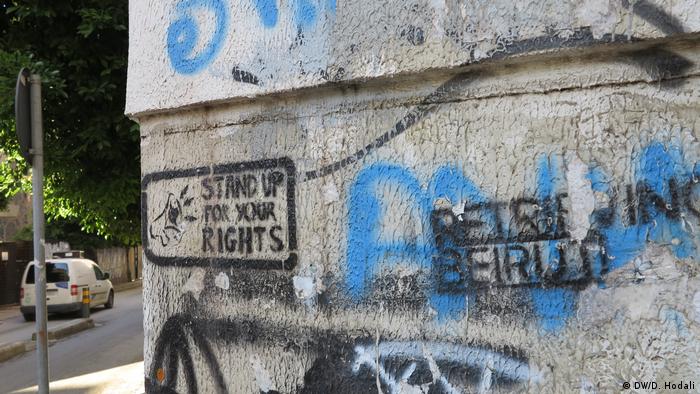 Mohamad Najem: I think we have issues with the legal framework and of course our own perception as a society on privacy is not great. We are a small country; we have a patriarchal society where everyone knows everything about the people in the same building; kids share the same room. There's no context for good privacy. This is part of a social norm that we are trying to change within society.

What is the situation for digital rights?

Mohamad Najem: Internet penetration has increased in the last few years. It's now distributed not only in urban areas but also in rural areas. We can do better of course – but access is getting better, in general. When it comes to blocked websites, there are around 50 websites that are currently blocked. It's not really that many – compared to the number of blocked websites in a country such as Egypt, for example, which is more than 500 blocked website now.

What kinds of websites are being blocked in Lebanon?

They're being blocked by the Ministry of Telecommunication, but it seems that some of these decisions are also being made by General Prosecutor. We are updating the list now so we can see where to advocate and challenge.

Is the government violating digital rights?

Mohamad Najem: There should be changes to the law, since the laws are not compatible with new digital norms. For example, the e-transaction and data protection law was recently approved, but this law was drafted in 2004 and gained approval in 2019. So that means 15 years of back and forth. But it maintains the same essence from 2004: it doesn't include the new standards and norms. There should be a new iteration of this law to include metadata, and data about the threats around it, also it should include some protection of personal data from the state practices, but it doesn’t. Sometimes, we have witnessed bad practices by the security agencies, and we need to raise awareness within society, so that citizens can claim what is theirs and continue advocating for their rights, because it is a human rights issue. We see digital rights as human rights. So, we want to make sure that human rights are sustained online as much as offline.

Official websites such as the Beirut airport website were attacked by hackers - does this imply a lack of awareness about digital safety?

Mohamad Najem: The new government established a new Ministry of Technology, and we want to advise the government. At present, the way they build websites basically goes like this: ‘Okay these are the things we need on the website, and now go for it.’ We want to tell the state that they need to add security and safety requirements. And if we succeed in pushing for this, then we will be able to withstand these hacks; the hacked websites weren’t built securely.