Internet and social media are new channels for dialogue but in Ghana, digital participation is always a cost issue. 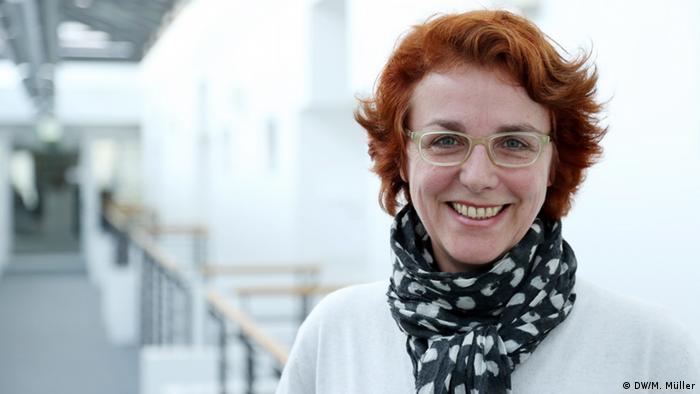 How would you assess the current state of digital participation in Ghana?

Beate Weides: That’s not an easy question to answer, because the data is not that good. According to existing statistics, which are not up to date, there are almost 6 million active social media users in Ghana, which would be about 20 percent of the population. But it is also a fact that most of these users come from the urban centers, i.e. mainly from Accra and the cities on the coast, as well as the provincial towns of Kumasi and Tamale. As soon as you enter the rural regions, the use is considerably lower. The people there do not have sufficient access to be able to make use of the possibilities offered by the Internet. Most often, it’s the case that they cannot afford to pay for equipment and data packages. Digital participation is always a cost issue in Ghana, and there is a large socio-economic gap between urban and rural areas. However, observers now say that even in the most remote villages, there is at least one person in every extended family who owns a mobile phone.

What impact is digitization having on the country’s media landscape?

The media have understood that they have to take the Internet, and especially the social media platforms, more seriously. This is, above all, a matter of dialogue with users. And, of course, digital marketing is also becoming increasingly important for tapping new sources of revenue.

Radio is still the most widely used medium in rural areas. Many small radio stations in rural areas – private or citizen radio stations – still have the process of adaptation facing them. The citizen radio stations of the Ghana Community Radio Network now use WhatsApp for internal news exchange. The major radio stations created an online presence very early on and also entered into dialogue with listeners very quickly via social media, while the classic print media have had difficulty with digitalization. In the meantime, some large media houses have set up newsrooms where they try to bring together the various publication channels and cross-media thinking in their journalistic work. So the question is: How can I optimally cover all channels with one topic?

Is there also a media landscape beyond the traditional media houses?

A lively blogger scene has developed in Ghana, but there are only a few bloggers who comment on socio-political issues. An exception is BloggingGhana. Some time ago, some of the most active bloggers in the country joined forces in this initiative. During the last elections in December 2016, for example, they participated very actively in the pre-election reporting with the project "Ghana Decides – Hold our leaders accountable". Through social media channels, they have disseminated information about the parties and their election programs, as well as practical tips on the electoral process. So this project was about participation in society and about using social media channels to better educate the public so that they can make an informed decision. Otherwise, social media platforms are more likely to be used for topics in the areas of entertainment, stars, fashion, food, and sport. In this respect, there is – as yet – no real competition to classical media.

How would you describe the general quality of journalistic reporting?

The leading media houses meet the minimum standard. However, many media observers from Ghana agree that the level and quality of reporting could be significantly better. In parts, it is very sensation-driven. The privacy of the people being reported on is barely respected. This means, for example, that pictures of accidents in which people can be seen are shown, or the names of the victims of crimes are disseminated. In addition, there is a lot of announcement journalism and too little investigative research. 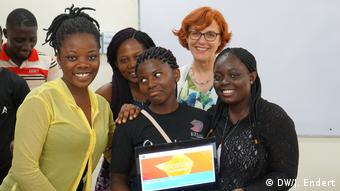 What other problems are there?

Many journalists in Ghana earn comparatively low wages. This is one of the causes of a very widespread practice of journalists accepting envelopes with small sums of cash from the organizers of press conferences or other events. In some cases, the journalists even demand these payments. According to a study by the DW Akademie, such gifts of money account for up to 45 percent of their monthly income. In Ghana, these monetary gifts, known as "soli", are often regarded as reimbursement for travel expenses, and not as corruption. Of course, it should actually be the employer's job to pay journalists for their travel expenses. This practice does not necessarily encourage independent research. Therefore, reporting is often not very fact-based, and journalists don’t ask for data or question the data they receive. On the whole, the data situation of many authorities at both the national and district levels is poor, but many journalists also lack basic mathematical and statistical knowledge in order to analyze digital data sets, for example. In addition, archives, in which facts can be verified, are lacking. As long as this archive culture does not exist and this factual basis is not established, journalism cannot be much better than it is. But here, too, digitalization can help in the future.

It is very encouraging that, despite all the difficulties, a small group of investigative journalists has emerged, and they’ve already been active in uncovering cases of corruption. The DW Academie has supported the "Journalism for Change" network and also promoted networking with equally committed colleagues from other West African countries.

What is the main focus of DW Akademie's work?

In recent years, we have supported reporting from and in rural regions. Being aware of the information gap between the capital and the regions, we have helped Ghana Community Radio Network citizen radio stations broadcast in many local languages. And we have trained correspondents from the capital's Joy FM station to bring information from their coverage areas to the capital and other parts of the country.

Another area of focus is on access to public information. In four pilot areas, our partner, the Media Foundation for West Africa, has been working with authorities and journalists at the district level, to create a deeper understanding of their respective roles. The aim was to provide citizens with better information about public projects in their region. The partner Penplusbytes has documented district household key data on an Opengov platform and trained media representatives from the districts for household reporting. Thirdly, we have supported two journalism training institutes, the Ghana Institute of Journalism and the National Film and Television Institute, in setting up and expanding multimedia teaching editorial offices.

What are your plans for the future?

Over the next three years, we want to focus on the training of journalists, especially in digital journalism. This is because digitalization confronts them with major shifts and demands new skills. To this end, we are planning to set up an Innovation Lab in which we will specifically develop further training courses to meet these new challenges. We also want to establish a skills center for media and information literacy, because more and more young people are confronted with disinformation and fake news in social media.  And finally, we want to expand the experience gained from working in four districts to other districts in order to improve the exchange of information between the authorities, the media, and citizens.

Using the Internet to carve out careers, meet two of the social media entrepreneurs who are playing by their own rules.

Behind every digital vision people like William Senyo are the hardworking foot soldiers to make things happen.

From maize and millet to mobile phones

In Ghana, new technology has brought families closer but still divides a nation.