DW Akademie in Serbia supports children and young people in making themselves heard in the media. It also helps media outlets reach young audiences and thereby reposition themselves in the market. 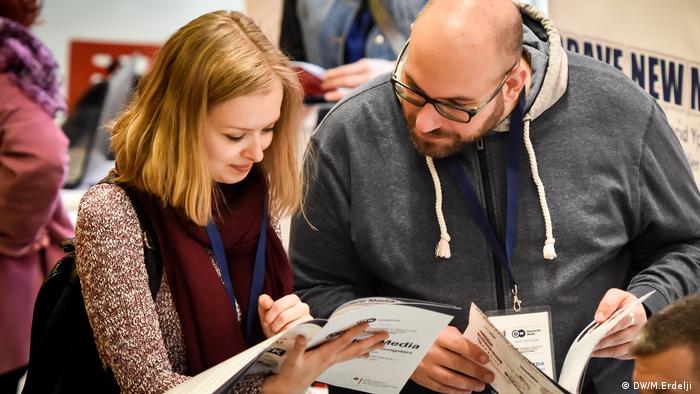 Freedom of information and the press have deteriorated in recent years in Serbia and the Western Balkans. Many media organizations and companies there are under political pressure and struggling financially to survive. As a result, many lag behind digital trends and national media no longer reach younger audiences.

Young people in particular rarely turn to national television, radio or print for information but instead – much more so than in Western countries – turn to the Internet, especially social media. However, they hardly find local media content there that interests them and as a result are increasingly using portals and social media channels produced abroad. Domestic media for their part offer few opportunities for young people to express their concerns and views.

DW Akademie promotes traditional media and young media initiatives in the Western Balkans that implement innovative projects containing informative content aimed at children and young people. Many of these are digital projects, including a news website in southern Serbia where teenagers write for their peers and a YouTube project run by young people, with support from experts at Montenegro’s public radio station. DW Akademie also supports a multicultural TV youth program in Vojvodina, and a young multimedia editorial office at the public broadcaster in Bosnia and Herzegovina. These pilot projects are evaluated in focus groups.

In addition, DW Akademie in Serbia assists media and youth associations in helping young people gain a stronger voice in society. It trains staff there to advise media companies in developing content tailored to young audiences. These organizations also help children and youths – especially disadvantaged young people such as Roma or the unemployed – in furthering their education through journalism workshops and gaining a voice in the media.

Serbian elections: More than a game for young voters

Election day is approaching in Serbia with a long list of parties on the ballot. DW Akademie supported the National Youth Council of Serbia to develop games to help young voters navigate the complex political landscape.

Mediamocracy Camp: Youth want to have a say

Producing YouTube videos, conducting interviews, and getting their voices heard: 60 young people from Serbia and Montenegro learned how to do this at the four-day Mediamocracy Camp in southern Serbia. (27.09.2019)

Violations of the press code are common in Serbia, especially when it comes to tabloid media. But the country's press council is promoting ethical and journalistic standards, with support from DW Akademie. (06.09.2018)

How can the media reach children and teens in times of YouTube and Instagram? At the end of November, DW Akademie invited around 180 media and NGO representatives to Belgrade for a trip to digital wonderland. (12.12.2017)

New laws and Serbia's possible entrance to the EU in five years' time are changing the Balkan media landscape. DW Akademie's centers of excellence in Belgrade and Novi Sad aim to support independent journalism there. (03.02.2015)

How can young media users become more involved in journalism? That was the focus of the Brave New Media Forum held November 15-16 in Belgrade. (02.12.2019)