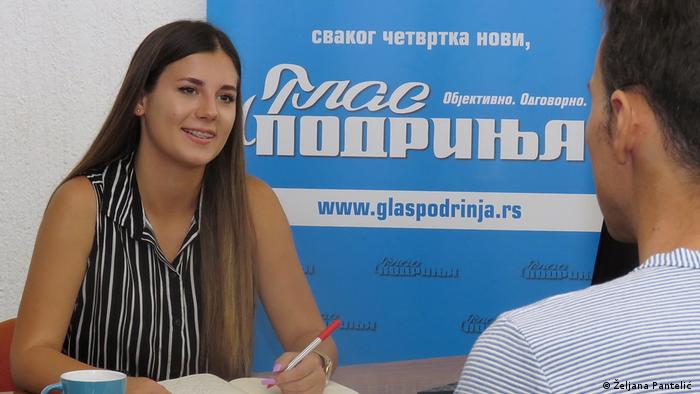 Željana Pantelić: "I can well imagine a future in media."

"Becoming a journalist never occurred to me," says 19-year-old Željana Pantelić, "until two years ago when I took part in a two-week media workshop." There, experienced editors taught her the basics of journalistic practice. The workshop was then followed by a week's internship at a local media outlet. Željana chose Glas Podrinja, in her hometown of Šabac in western Serbia. On the first day of the internship, she felt a little nervous: "They were all seasoned journalists, smart and educated – and there I was, at just 17," she recalls. "But I quickly overcame my fears. And when my first article was published, I was so proud."

"Željana caught my eye on day one, because she's a very good and dedicated worker," says editor Tanja Trifković. Željana wasn’t the only intern – Tanja ended up with a group of young people around her, with whom she now creates a special weekly page. She sees it as a great opportunity: "Our newspaper has been around for 77 years, but over time we've lost younger readers. When young people write for us, it freshens up our view of what’s really going on. Now we have a better idea of what issues young people are interested in."

The initiative was started by the Serbian local media association Local Press, one of DW Akademie’s partners in the "Young Media" project. Since 2017, the association has been bringing school students together with local newsrooms, through workshops that are followed by journalism internships. If things "spark" between the young people and an editorial team, Local Press helps them to create a permanent youth media section. "We kept working with the young people, because it turned out so well," says Tanja.

Local Press’s concept has been successful in other cities as well as in Šabac. In the central Serbian city of Kraljevo, young people have been writing for local website Krug since 2017. And they now work largely independently, doing everything from deciding on topics to running the Instagram channel. The editor-in-chief just gives content a final editorial glance before it goes online. 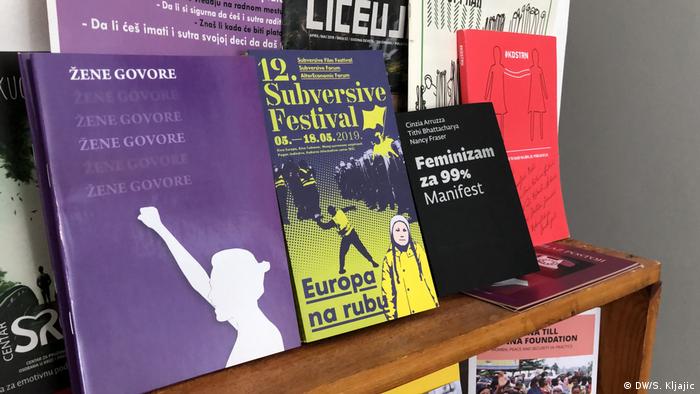 Publications by Serbian feminists in a bookstore in Belgrad, 2019: Feminism is still a sensitive topic in the country

The young people also came up with the name for their section of the site: Izazov plus, which means "challenge plus" in English. "We want to challenge young and also older people in our city," says 21-year-old Lazar Simić. "We like writing about topics that are controversial in our city." 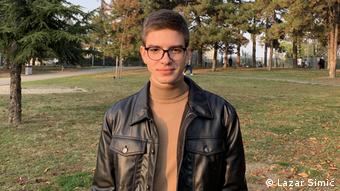 Young editor Lazar Simić: "We like writing about topics that are controversial."

Four years ago, Lazar's first article, about a young feminist, triggered a wave of negative reactions. He expects the same response to his latest article, about the LGBT community. "These are sensitive topics," he says, "and here almost everyone knows everyone." Still, the young people at Izazov plus want to keep writing about controversial issues. Only by talking about them can society change, they say.

And when young people work in media, it isn’t just a case of making their voices heard on issues like tolerance and diversity. It can also be a springboard for their personal careers. Željana, who is now studying law, has just been offered a freelance contract at Glas Podrinja. "Now I can well imagine a future in media," she says.

This project is supported by the Federal Ministry for Economic Cooperation and Development (BMZ).

DW Akademie and its partners in Serbia are using YouTube influencers to make MIL more appealing to young people. The project turns kids’ idols into their teachers.