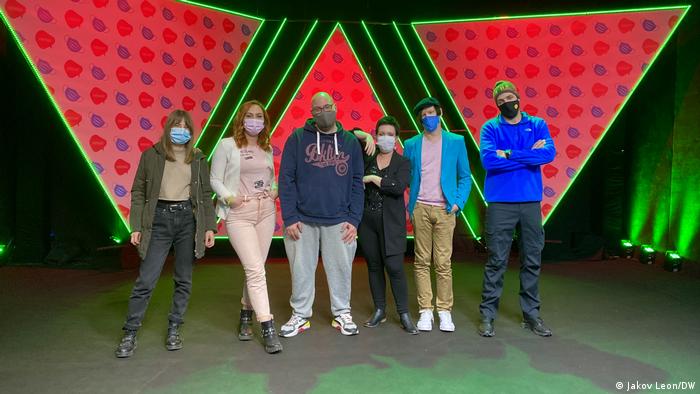 "We're not just dealing with the coronavirus in Serbia," said Ana Lalić. "Freedom of the press is being destroyed here and we're being silenced." The Serbian journalist had experienced this first hand. She was arrested for reporting on catastrophic conditions during the lockdown in a clinic in Nova Sad and was only released thanks to international pressure.

A few weeks later, she and 16 other journalists were presented with Deutsche Welle's Freedom of Speech Award.

How are media changing during the pandemic?

The Brave New Media Forum was held online at the end of November, and Lalić met Zoran Sekulić, a Serbian colleague and this year a recipient of the German Order of Merit for his commitment to press freedom. She also met 19-year-old Nerma Džaferović who, as a Bosnian high school student, had been harassed at school after reporting on grievances in the school system.

Central issues at the three-day conference were the extent to which the media are changing during the pandemic and whether the flood of misinformation and disinformation can be stopped. 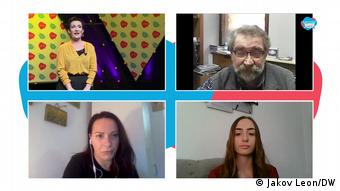 Three leading fact-checkers – Robert Evans of Bellingcat, Maria Silvia Trigo of Bolivia Verifica, and Stefan Janjić of Serbia's Fake News Tragač – said that ultimately, everybody had to learn how to assess information critically.

This makes Media and Information Literacy crucial and it is also a focus of DW Akademie's "Young Media" project in the Western Balkans. The project introduces children and young people to journalistic skills so that they can become active in the media themselves.

The pandemic has also shown why youth-oriented media such as the Serbian teen portal Youth Vibes, the Bosnian student portal Karike and the Montenegrin YouTuber group Hexatorm are so popular. All three projects are supported by DW Akademie.

"I'm not doing this for the haters out there."

However, hate speech on the web increased this year, and young women and homosexuals have been particularly affected. Two YouTube stars, the Serbian Milica Crkvenjakov and the Bosnian Ajdin Fejzić, talked about their own experiences with threats and hostility and told conference participants that the most important thing was to not be intimidated. "You see, I'm not doing this for the haters out there," said Crkvenjakov.

In all, more than 700 participants took part in the conference which included interviews every 15 minutes with 61 international guests located in the United States, Nigeria, Belarus, Syria, Myanmar and elsewhere. Participants could then speak with the guests in English or Serbian as well as exchange ideas in five different chat groups.

"I wasn't sure that the atmosphere this year would be as good as it was last year," said young participant Julija, "but it was and I'm glad I took part!"

The event was organized in cooperation with the OSCE Mission in Belgrade and financed by the German Federal Ministry of Economic Cooperation and Development (BMZ).

Brave New Media – Through the eyes of teenage photographers

Who takes the best photo at the Brave New Media Forum? Eight young people took part in DW Akademie's workshop and then went on a hunt for the most beautiful motifs with their cameras.