Serbian elections: More than a game for young voters

Election day is approaching in Serbia with a long list of parties on the ballot. DW Akademie supported the National Youth Council of Serbia to develop games to help young voters navigate the complex political landscape. 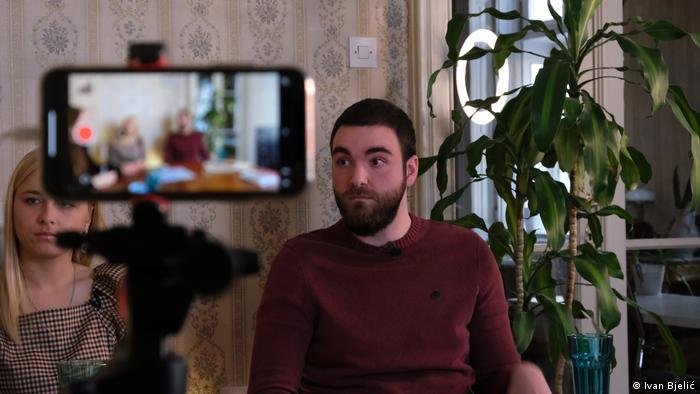 For Serbian politics, 2020 was a particularly dismal year. After claims of unfair and undemocratic practices were leveled against the ruling Serbian Progressive Party (SNS), many parties boycotted the June elections. This, paired with the COVID-19 pandemic, resulted in extremely low voter turnout.As new elections on April 3, 2022 approach, many fear a similarly low turnout among voters and young people in particular.

This is precisely what the National Youth Council of Serbia (KOMS) is working to counteract. The organization has partnered with DW Akademie on the project "Young Media", which includes an election monitoring campaign designed to communicate with younger voters. The initiative has introduced a new series of nonpartisan games and interviews with young political party members leading up to the elections. 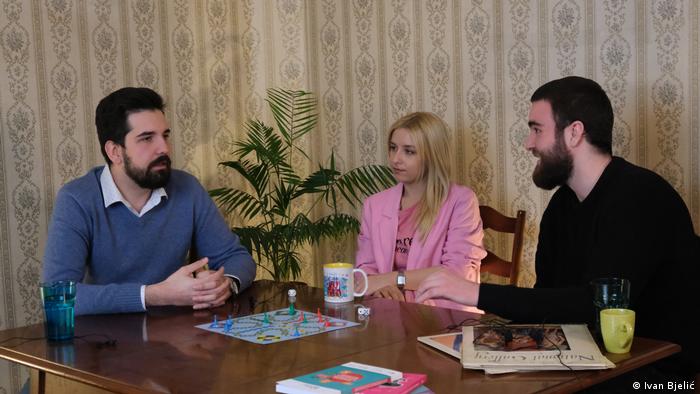 According to Nikola Ristić, social media and communications manager at KOMS, political parties simply did not communicate with younger voters. The assumption has been that young people are generally not politically engaged. Although recently, this has started to change.

"After the last elections, young people were angry. Now, they are more motivated to go out for the next elections," he said.

Yet many youths do not know where the ten main parties stand on key issues. To help understand the array of choices, KOMS developed "Become the President", an app to help citizens, especially first-time voters, discover which party is right for them. By answering a series of questions about their political stances, the app then informs voters which three parties most closely align with their values.

The topics in the app range from questions about voters' views on Kosovo and EU membership to same-sex marriage and environmental issues.

To find out the political parties’ platforms, KOMS asked the parties directly in the form of open letters and interviews, then posted the responses on social media channels such as TikTok, Instagram, YouTube and Twitter. Some of the videos on their TikTok accounthave garnered more than 100,000 views.

The interviews include representatives from the ten major political parties in Serbia and feature young politicians from each party speaking about topics that interest younger voters, such as education, LGBTQ issues, housing and marijuana legalization. Interviewers and interviewees discuss the issues while playing a popular board game loosely translated as "Man, don't be angry", similar in play to Ludo or Sorry!.

"This is really an innovative and unbiased approach," said Klaus Dahmann, program director for DW Akademie. "And it is a huge success to have, for the first time, all major parties participating."

According to a poll by KOMS, 85% of young people do not believe they have any influence over political processes and decisions, while over half of young people stated that they plan to leave Serbia, citing a lack of opportunity and shared civic values as two major factors. As a result, there is a new urgency to include Serbian youths in politics.

"If we are not going to lose our young people, we need to introduce measures that influence their lives," said Milica Borjanić program manager at KOMS.

"Yet our main job will come after the election, to lobby for the parties to follow up on their election promises," she added.

"Young Media" is a project developed by the National Youth Council of Serbia, in partnership with DW Akademie and financed by Germany's Federal Ministry for Economic Cooperation and Development (BMZ).

DW Akademie in Serbia supports children and young people in making themselves heard in the media. It also helps media outlets reach young audiences and thereby reposition themselves in the market.