Ukraine is a ″dangerous place for everyone, especially for journalists″ | Media and Conflict | DW | 10.06.2022

Ukraine is a "dangerous place for everyone, especially for journalists"

Media researcher Dr. Roman Horbyk has recently returned from six weeks in Ukraine. He spoke to DW Akademie about training journalists in the war-stricken country and the current needs of Ukrainian media. 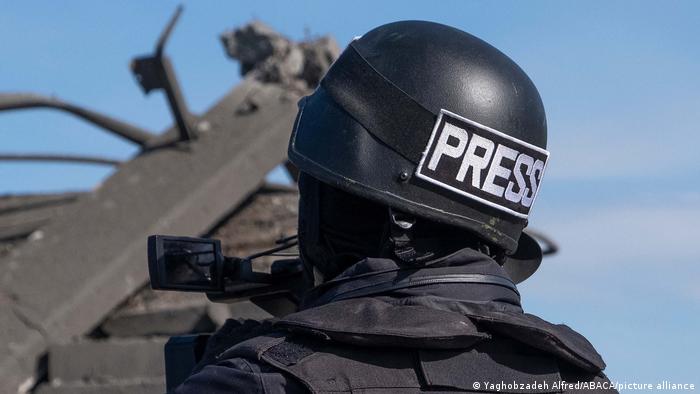 Media trainer Dr. Roman Horbyk found himself in his home country of Ukraine at the outset of the Russian invasion. He then spent the next six weeks conducting trainings and trying to get back to his family in Sweden, where he works as a postdoctoral research fellow at Södertörn University. Upon his return, he spoke to DW Akademie about his experience in Ukraine as a trainer and what Ukrainian media need at this pivotal time.

DW Akademie: You have been conducting journalistic trainings for Ukrainian journalists both during the invasion and since you have returned to Sweden in May. Can you tell us what the situation for journalists in Ukraine is right now?

Roman Horbyk: The country is a more dangerous place for everyone, but especially for journalists. It is obvious that they are taking a disproportionate toll because they are physically closer to the fighting, but also because Russia is physically attacking journalists.

Journalists are very influential, and the media in Ukraine is one of the institutions that maintain cohesion in society, one of the core institutions. This is in contrast to Russia, where journalists function as an institution within the state. They are part of the state information and propaganda branches. I think Russians are quite aware of this, therefore we have seen Russians and Russian illegal militants in the east of Ukraine targeting journalists.

Beyond the physical danger, there is the huge economic impact of the invasion for journalists. Every Ukrainian journalist has experienced a massive drop in their income. It is not clear how long this can continue. Introducing support for journalists, through the cancellation of fees at universities across the EU for journalists who have fled abroad would be a good start. Scholarships would be even better. 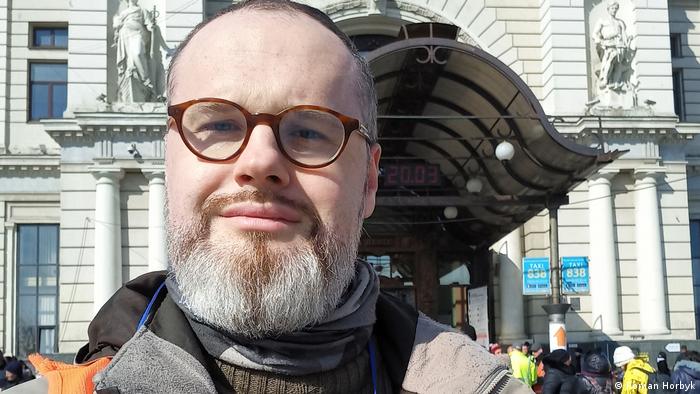 After taking his mother from Kyiv at the outbreak of the war, Dr. Horbyk lived with friends in Lviv while volunteering and conducting trainings

And what are the needs of journalists in Ukraine?

Well, Ukraine needs so many things. First, of course, Ukraine needs weapons. In that sense, journalism education is not the top priority. But it is quite high because we are talking about information that is very often weaponized. We are witnessing permanent psy-ops being carried out during wartime, and we are seeing the extent of the propaganda from the Russian state media and how they are trying to operate within Ukraine to plant certain narratives.

It is important to produce journalists who are capable of dealing with this while working in really difficult circumstances such as limited coverage, censorship or propaganda activity.

What kind of work have you been doing with Journalism Teachers' Academy before and during the invasion?

The idea behind the academy is to help teachers of journalism to develop better, stronger curricula and stronger programs that would be more practical, more student-centric, and correspond to the present-day media landscape in a more effective way. This entails several aspects. First, teachers need to create a setting where students become actors and co-create knowledge with their teachers. Second, teachers need to be able to reformulate their learning objectives so that they are measurable and practice-oriented. Third, teachers need to be armed with concrete digital and online tools that are equally suited for offline, online and hybrid setups that effectively cater to digital native audiences.

Now, we cannot necessarily focus on long-term plans for the moment, so we are more focused on short-term webinars such as storytelling during war. 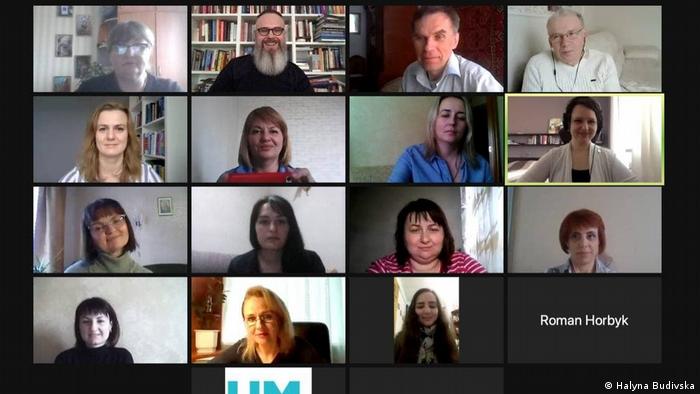 Due to difficulties traveling within Ukraine, workshops on war reporting were held online

Do you have suggestions as to what organizations abroad can do to support journalism in Ukraine?

We need a program of trainings on how to handle journalists by members of the military during war. It would be a good place to start. Then there could be some work assisting the Ukrainian government and sharing media expertise, specifically on media management by the military.

The first few weeks of the invasion was a time of collaborative communication. There were few restrictions and information spread fast. I think it gave Ukraine a natural edge over Russia who imposed very strict regulations and censorship right away.

Journalists now have to navigate the complex rules in place by the Ukrainian government that limit pretty much all ways that you can cover the war. For example, you are not allowed to report on the aftermath of missile strikes because it allegedly helps the enemy to target better.

I understand that it is a war and we cannot work as before. Some regulations must be in place, but we need to reflect more critically on whether all restrictions put in place are beneficial or if they are wise or even rational.

Dr. Roman Horbyk is a trainer with Journalism Teachers’ Academy, an initiative from the Ukrainian Media and Communication Institute and DW Akademie. The project, supported by the German Federal Ministry of Economic Cooperation and Development (BMZ), trains journalism educators in Ukraine on subjects such as countering mis/disinformation and media management.

Bombs and targeted disinformation: The war in Ukraine threatens everyone. Reliable information and media resilience are essential to survival.