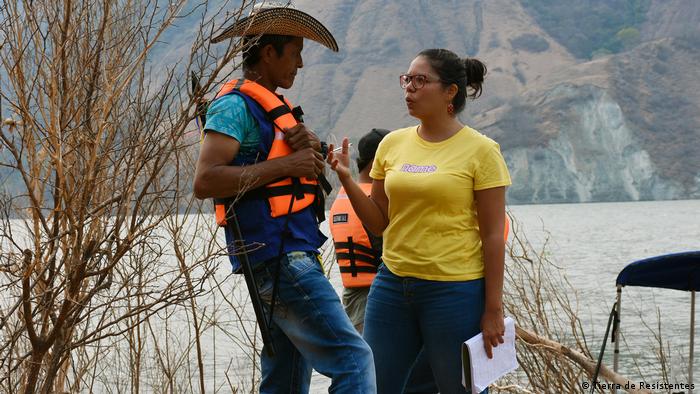 "Which Honduran medium has enough resources of its own to research nearly 700 cases of threats against environmental activists? None of them do!" says Jennifer Avila Reyes, co-founder of the independent cross-media research platform, Contracorriente.

After Brazil, Honduras is the most dangerous country in Latin America for environmentalists. Conditions there are also extremely difficult for conducting independent journalism.

Transnational cooperation with the Tierra de Resistentes project has enabled Contracorriente to conduct extensive research and reports on the Tolupan people in Yoro, an indigineous community facing serious threats for resisting attempts to destroy its lands.

If it weren't for the project, said Avila Reyes, authorities would refuse to give Contracorriente information about the cases, and adds that those affected are also afraid to talk. "But because we're part of a major project that involves several media and that has an international reach this has opened doors," she said.

Tierra de Resistentes ("Land of Resistants") is an investigative data journalism project initiated by the Colombian journalists' organization Consejo de Redacción with support from DW Akademie. It aims to raise public awareness about the commitment of numerous Latin American environmental activists who face threats or have been murdered.

The living database is also a source for other media workers and for scientists and political analysts. In addition to data visualization, the project also tells the stories of the people behind the numbers, using video, audio, and text formats.

Initial figures were published in spring 2019. Since then, Consejo de Redacción has updated the database and accompanying website and has added cases and countries. 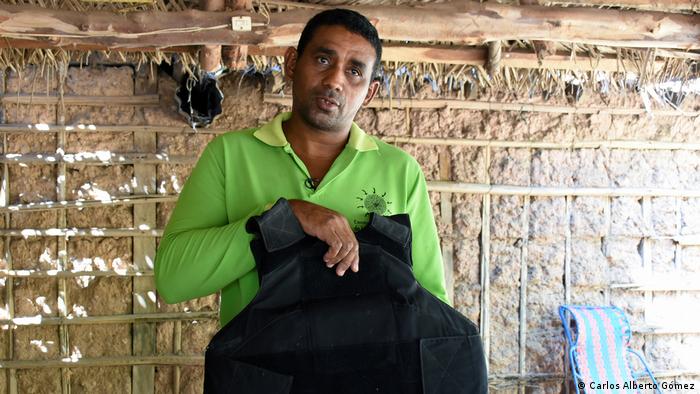 Tierra de Resistentes' latest figures are shocking. Over the last 11 years, there have been 2,367 documented cases of violence against environmental activists in Latin America.

A team of 50 journalists, photographers, and camera operators conducted the research in government institutions, press archives, civil society organizations, and in communities affected.

"There were previous attempts to document the threats but they weren't able to provide this range of data let alone assess the circumstances journalistically," said Andrés Bermúdez Liévano, chief editor of Tierra de Resistentes. 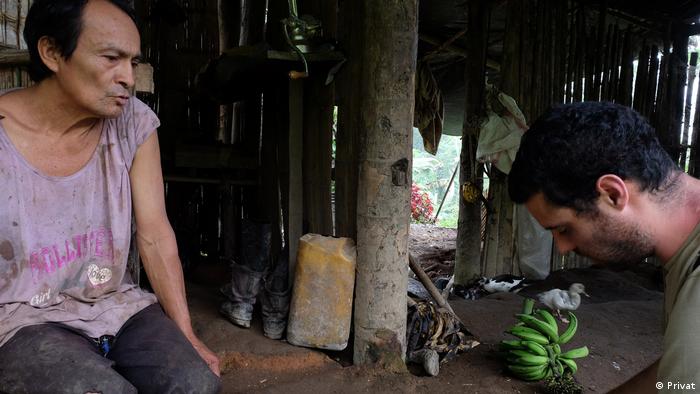 Much broader picture of situation

In 2016, UN Special Rapporteur Michel Forst published his first report on the situation of environmental activists worldwide. Since then, few statistics have been collected regionally or globally. Bermúdez said it remains unclear as to the full extent of the threats or scope of aggression, and that the figures available focus primarily on the number of activists killed. In response, Tierra de Resistentes has been documenting various types of violence such as physical attacks, expulsions, legal harassment and sexual assaults, this way giving a much broader picture of the situation in all ten countries studied.

The database shows that almost half (48%) of the violent actions documented were directed against members of ethnic minorities. Eleven of the 159 indigenous groups affected are thought to be dying out.  Another sad fact, said Bermúdez, is that "these people are often portrayed as underdeveloped instead of being recognized as protectors of a common good." Attackers use this to quasi justify their assaults.

Tierra de Resistentes aims not only to register the data but to also recognize patterns. The project shows that activists involved in land conflicts are most at risk and that the threat comes primarily from the agricultural industry.

In the Amazon region, the degree and extent of violence are particularly high. Tierra de Resistentes' reports show that dozens of ancestral lands, indigenous communities and national parks across the Amazon basin are targets of attacks and criminal interests. 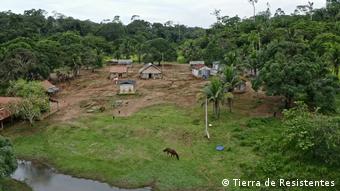 Projects like Tierra de Resistentes are also relevant in a global context. Public discussions on climate change have greatly increased worldwide as has the interest in those protecting the global climate. Journalists at Tierra de Resistentes hope that the solidly researched data they provide will advance the debate and will also lead to lawsuits in the countries affected. This is because one of the most serious problems in Latin America is the lack of criminal prosecutions.

After the Scoop – how investigative journalism affects media

A new DW Akademie publication showcases nine media outlets from across the globe spearheading investigative reporting. They prove investigative journalism can mean business, even under the most difficult circumstances. (23.09.2019)

DW Akademie trains journalists worldwide so they can report on a variety of topics, including environmental issues. Visit our projects! (03.11.2017)