The media makers of the Global North. By Antje Bauer 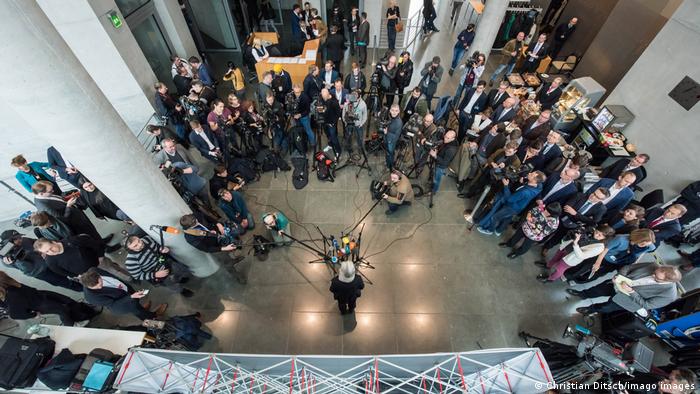 Journalists in the German parliament.

Prejudice and suspicion towards certain population groups is a global phenomenon — and Germany is no exception. There too, white men with an occidental canon of values are still largely considered the measure of all things. People of a different skin color or religion or gender or those with special needs, on the other hand, are beings who, taken together, make up the majority, but are still perceived as a minority and are usually not given adequate consideration. This tendency towards homogeneity also applies to media makers. For this reason, they do not adequately reflect the diversity of the population, and their narrow view also shapes the worldview of media users. Hadija Haruna-Oelker lives in Germany and describes the complexity of discrimination in the country. German journalist Charlotte Wiedemann, who focuses on African countries and the Middle East, criticizes the occidental view of the Islamic veil. Sheila Mysorekar, journalist and project manager at DW Akademie, introduces the project "New German Media Makers" (Neue Deutsche Medienmacher) in which German journalists with foreign backgrounds have come together to make German reporting more diverse.