Journalists decide whose voices are heard. By Hadija Haruna-Oelker 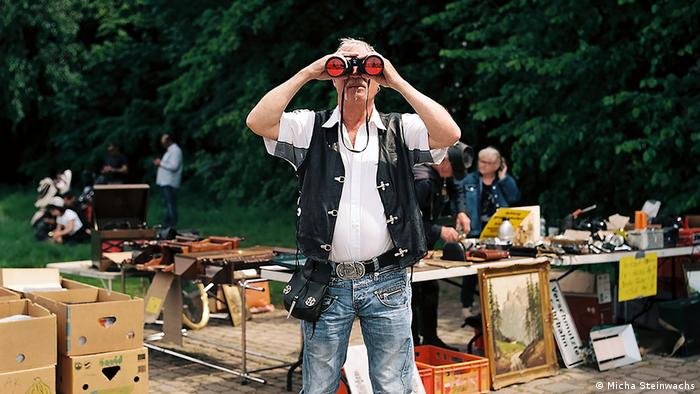 "Always use the word 'Africa' or 'Darkness' or 'Safari' in your title," writes Kenyan author Binyavanga Wainaina in his 2005 essay, "How to write about Africa." He goes on to describe all the usual cliches found in Western reporting about African countries and their people. "Never have a picture of a well-adjusted African on the cover of your book, unless that African has won the Nobel Prize."

In the years since his essay was published, not much has changed. For many journalists today, Africa is not a continent, but rather one large country. But it’s not just Africa that receives such treatment. Journalists are out to create headlines. With every text and every title, they decide which parts of the story to exclude, in order to make room for the most exciting and provocative aspects. With their choice of words and images, they implicitly create context and convey messages. And who determines a picture's meaning?

One example: Over a period of eight months, German reporter Constantin Schreiber traveled throughout Germany, visiting 13 different mosques during Friday prayers. His research formed the basis for a TV documentary as well as the 2017 book "Inside Islam: What is Preached in Germany’s Mosques." It paints a picture of mosques as mysterious places, a "thresh-old that very few Germans cross." He describes worshipers according to their appearance and racializes them. "Some of the visitors are black Africans. They seem poor. Perhaps they’re refugees," Schreiber writes. Or: "For the first time, I see some Germans — three young men with blond hair."

Ozan Keskinkılıç, a researcher on racism and anti-Semitism at the Alice Salomon University in Berlin, is one of the book’s critics. He says Schreiber makes crude distinctions between 'good' and 'bad,' 'black' and 'white,' 'German' and 'Muslim' along the lines of culture, religion and ethnic origin that he determines, based on a person’s appearance.

Schreiber is certainly not the only German journalist to fall back on such stereotypes. After his book was published, young Muslims reacted to Schreiber’s reporting, rounding out his portrayal with their own stories, posted under the hashtag #meinmoscheereport (my mosque report). They described how, in their everyday experiences and in the media, their forms of expression and the spaces they inhabit — shisha bars, for example — are devalued. How their religion is associated with terrorism, their multilingualism seen as a deficit, and the neighborhoods they live in dismissed as ghettos. When Islam is featured in the media, the magazine titles are on a black background, and the articles peppered with images of veiled women or fanatical crowds of demonstrators in the Islamic world. What we don’t see are the everyday images of the lives of Muslims who are part of German society, working as doctors, lawyers, or caregivers.

Through their reporting, people in the media are able to influence what is seen as important and "normal" in society. In their choice of topics, they either knowingly or unknowingly create associations with people or groups with certain characteristics. Take, for example, editorial decisions to report excessively on suspected criminals with an immigration background. A 2019 study by the Macromedia University in Stuttgart showed that newspaper reports in 2018 listed more than 14 foreign suspects compared to only one German, even though the police had arrested more than twice as many German suspects.

Once a discriminatory stereotype has taken hold, it is very difficult to erase — especially when criticism about one-sided reporting doesn’t meet with much of a response in editorial offices. A look at German media houses reveals that only few have a diverse workforce. This does not only refer to employees of varied ethnic backgrounds. Diversity should go beyond someone’s immigration status. It can also mean employing journalists who are non-white, disabled, queer, non-Christian, or who have different body types. It means including people from working class families as well as the educated middle class. 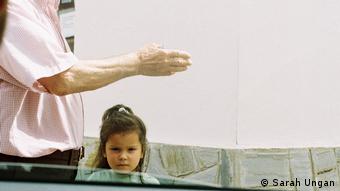 Telling stories from a different perspective

Journalist networks such as the "Neuen Deutschen Medienmacher*innen" or the German media initiative "Leidmedien" are drawing attention to the problem. They’re calling on those working in the media to come to terms with their social status and privilege and be aware of the extent to which they use clichés when reporting about their own societies as well as those in other countries. The aim is to have reporting that is free of any discriminatory stereotypes. When journalists are not sensitized to this issue, and if they work in homogeneous newsrooms where the majority have preconceived ideas about certain topics or certain kinds of people, it becomes far too easy to ignore the perspective of those people. The result is an editorial world-view that has little to do with reality. That’s also a reason why spokespeople for marginalized groups are often missing from stories and surveys or are rarely called upon to serve as interview partners.

A journalistic understanding that includes diversity doesn’t just reflect the perspectives of majorities and minorities, it also recognizes that there are differences within marginalized   groups. It doesn’t just see that there are differences between men and women, for example, but that there are also differences among women. A poor, black transgender refugee woman with a disability will have a very different experience in Germany than a white, well-off German citizen with no physical limitations. A step to true equality means considering all these various layers of lived reality when reporting. It’s demanding, but it would finally break with outdated journalistic practices.

Hadija Haruna-Oelker is a political scientist living and working as an author, editor and presenter in Frankfurt am Main.

Between faith and fashion

A headscarf can signify more than is depicted by the media