Between faith and fashion

A headscarf can signify more than is depicted by the media. By Charlotte Wiedemann 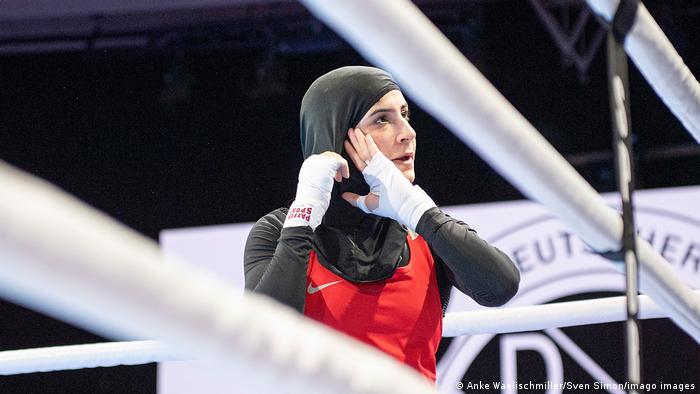 For many years now, there’s been an ongoing discussion in Western societies about headscarves. The media play an important role in this debate. Muslim women become recognizable as such via their headscarves, which is why many in the media gravitate towards images of women wearing the hijab. In the media, Muslim women always wear a headscarf — unlike the majority of actual Muslim women living in Germany. Often, the photos show the headscarf-wearing woman with a pram and shopping bags — a mother and a housewife, not a skilled professional. And such photos are routinely used to illustrate articles about the educational deficits of migrants, both male and female.

In this way, a visual cue has taken hold over two or three decades, telling that a hijab and intelligence are mutually exclusive. So if a woman in a headscarf goes to an event of some sort, it could easily happen that she is mistaken for hired help and shown to the back entrance. Such disdain often extends to Muslim women in general. Anyone wearing a headscarf is not seen as an individual, rather as one of many followers of Islam’s percieved role for women.

Generally, it’s assumed that people are multifaceted and can show different sides of themselves whether they’re at work or at home with their family. But Muslims seem not to be granted the same consideration. Many journalists ignore the fact that wearing a headscarf or veil has become a symbol of a feminine Muslim globalization. Aside from religious connotations, it can also be a form of expression that crosses borders to demonstrate self-confidence, inclusion in a community, or to simply be hip and fashionable.

Many media professionals' cultural exposure is limited to their own milieu, and there are often unconscious thought structures at play. In the gaze of Western painters, Oriental women were depicted half-naked and veiled. Now as then, the Muslim woman is not seen as having a life of her own. Rather, she is oppressed and needs to be liberated, whether she wants to be or not. The dominant society’s contempt for Muslim women is thus disguised as the desire for progress and enlightenment.

While the media’s image of the Muslim woman stagnates, in part under the pressure of Islamophobic voices in Europe, a whole other reality has emerged globally. From Jakarta to Sarajevo, never before have so many Muslim women been active both in society and in the workforce. Women in headscarves are storming universities and risking their lives in the fight for human rights. There’s a continually increasing number of Muslim women in the fields of theology and feminism. But barely any ever make an appearance on a Western talkshow.

A new highly educated generation of Muslim women in European countries therefore sees the media less as a partner, and more as an opponent. And yet, what these young women want is actually quite modest: that their clothing and lifestyle be seen as an expression of female self-determination.

Charlotte Wiedemann is a senior reporter and author focused mainly on the Islamic world.