From the inside out: Students revamp participatory Bolivian community radio | DW AKADEMIE | DW | 29.07.2022

From the inside out: Students revamp participatory Bolivian community radio

Young people from Bolivia’s rural areas venture into radio in an effort to increase diversity and include more youth in community reporting. 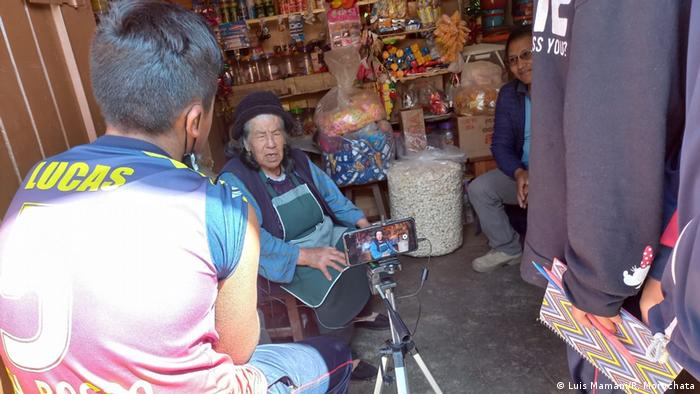 Young people are said to be a country's present and future. However, while Bolivian law states that "young people have the right to freedom of conscience, expression of ideas, thoughts and opinions within the framework of respect and without any discrimination," radio has offered no venues for youth to express their feelings, thoughts and activities.

Fifteen adolescents and high school students from the Mariano Baptista school in the rural town of Morochata, about 70 kilometers from the city of Cochabamba in Bolivia, are trying to change this. An initiative by community radio station Radio Comunitaria Morochata offers radio and audiovisual production workshops with support of the Colaboratorio project and developed by the Centro de Producción Radiofónica CEPRA together with DW Akademie.

So far, the students have produced two videos and an audio report on Morochata's history and Andean culture, and more are planned. 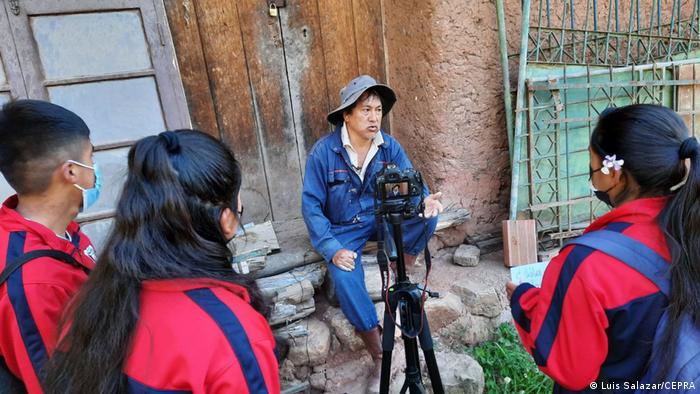 "I found the experience I had very useful because, for the first time, I had the opportunity to see a camera recording with the tripod," shared Dilmar Calderón, one of the students who participated in the initiative. "I also like learning to express myself both in and on video."

This work started in 2019 when Colaboratorio acknowledged that few if any women or young people in Bolivia’s three regions were participating in community radio. Residents and other local actors then expressed interest in using radio to cover their lives, news and events.

In search of frequency

Diverse participation in radio programming is now such that young people, both boys and girls, can make their voices heard and share topics, thoughts and ideas.

"[The goal is] to involve them so that they can participate and exercise their right to free expression and information," said Luis Mamani, Radio Morochata’s director.

At the beginning of the video and audio production course, the participants discussed topics of interest and potential formats. This process included group work, collective reflecting and decision-making, as well as the use of didactic materials such as cue cards and markers. 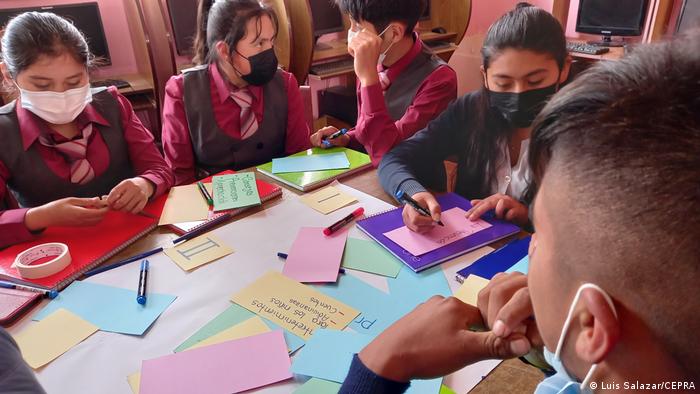 "I liked making the video because this way we can learn about the history of Morochata," said Sarahí Martínez, a student who, along with her three classmates, produced one of the videos about the town's customs and history. “Young people don't even remember the history and we would like to get it on the radio."

This type of novel and accessible production, as well as the participation of young people, has also increased Radio Morochata’s listenership among young people.

"Innovation does not always mean creating something new, but rather incorporating elements that improve and modernize radio so it reflects its listeners' experiences. We have lived in a different context than teenagers and young people do," explained David Huanca, coordinator of CEPRA's Colaboratorio project. 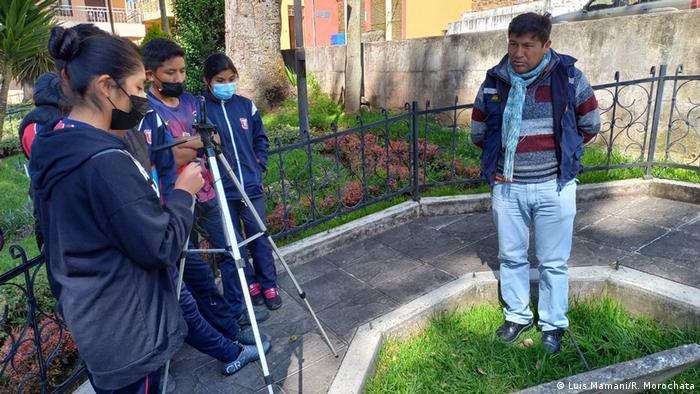 The challenge for both Radio Morochata and the Colaboratorio team is not only to rejuvenate and make radio programming more participatory, but also to offer radio space to other residents, such as farm workers.

"No less important is the work of the farmers," added Mamani. "The communities have many difficulties, things that have to come to light or to the air so that people know their reality. In this way, we reflect a little on how we are in Morochata."

Bolivia is a diverse country, and many community radio stations face the challenge of addressing their diverse listeners with their own voices, languages, thoughts and experiences. Today, Radio Morochata, with the support of CEPRA and DW Akademie, is working to meet that challenge.

CEPRA is a DW Akademie strategic partner in Bolivia. The "Colaboratorio" community radio project aims to introduce new ideas to increase young and diverse listener participation. The project is supported by DW Akademie and the German Federal Ministry for Economic Cooperation and Development (BMZ).

Struggling with homeschooling? Just turn on the radio!

Due to the pandemic, students in Bolivia were falling behind. But they're now back on track, thanks to Radio Escuela.

On the same wavelength as the youth: Rap music and radio discussion formats in Bolivia

Musicians and community radio stations have joined forces to get young Bolivians interested in environmental and social issues. DW Akademie’s partner CEPRA is using rap to launch discussion formats on the radio.