On the same wavelength as the youth: Rap music and radio discussion formats in Bolivia | Latin America | DW | 24.05.2022

On the same wavelength as the youth: Rap music and radio discussion formats in Bolivia

Musicians and community radio stations have joined forces to get young Bolivians interested in environmental and social issues. DW Akademie’s partner CEPRA is using rap to launch discussion formats on the radio. 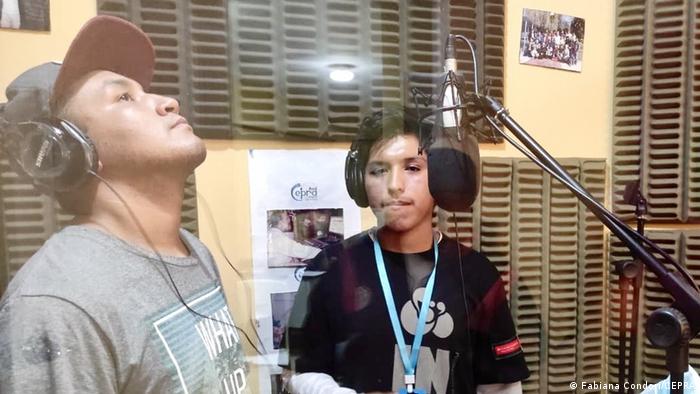 "Reduce, recycle, reuse! Get on your bike with a smile! Turn off the TV and turn on your mind!" These are just some of the lyrics by "Kinta Cuadra", a Bolivian duo that combines rap with cumbia, a style of Latin music.

The duo has produced three songs together with the Centro de Producción Radiofónica (CEPRA), a Bolivian community radio network and DW Akademie partner, as part of the joint project "Colaboratorio". With innovative ideas, the project aims to increase young and diverse listener participation in community radio.

Kinta Cuadra songs are available on the project's website and have also been released on the CD "Efecto Criollo". The goal is for Bolivian youth to see the arts reflecting young people's interests, and to facilitate radio discussions on issues that affect young Bolivians; these range from pollution to violence and disinformation. One song, for example, calls for environmental protection, and invites young listeners to use less plastic and to consume local products.

These songs are being aired and will be shared on CEPRA's radio programs and shared with other stations in the network, enabling them to introduce new discussion formats in their own programming. 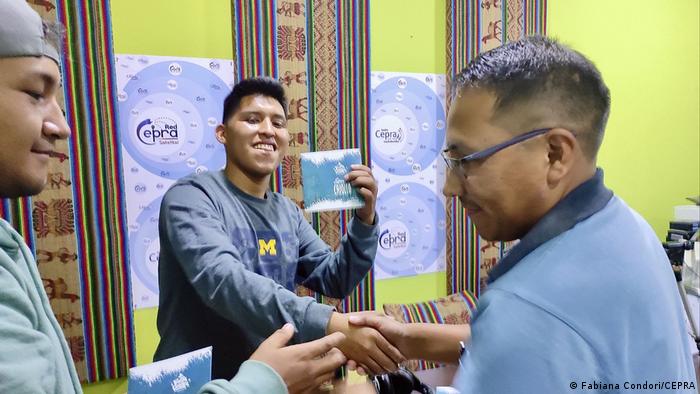 Urban music and culture can bring radio closer to youth, making it a source of information that they can trust and one that reflects their interests. This is key for a country like Bolivia, where the highest unemployment rate is among young people between the ages of 16 and 28, and where more than 45% of young women in that age group already have children. In addition, more girls and women are killed in Bolivia than in any other South American country.

"We want to make social problems like injustice, violence against women, and corruption visible, and to start a conversation about values," said Rubén Urquizo of Kinta Cuadra.

CEPRA has also supported the music video production of one of the duo's songs. Honoring Cochabamba, a Bolivian city, it reflects the faces and realities often overlooked there and the lack of clean drinking water in the city's south.

Innovation from the ground up

The joint project offers space for experimenting with new ideas for community radio and for getting listeners involved. CEPRA regularly conducts workshops throughout Bolivia with community reporters to expand the topics the stations cover and the formats they offer.

This latest approach introduces urban music and culture. "Our goal is to incorporate new voices on the radio," explained project coordinator David Huanca, "and so we asked the rappers to produce songs that reflect on everyday life."

Urquizo pointed out that he and his duo partner were no different from other young people, but that they simply decided to speak up. Everyone else could do that, too, he said. "We're just two young people who voice the way we see things. We live and feel just like two neighborhood kids," he said.

Through their songs and the media, their voice is getting louder. "Let's keep carrying that message out," they sing, "because our future depends on the present."