Citizen journalists in Pakistan aim to give a voice to growing number of Afghan refugees | Refugees and migration | DW | 17.06.2022

In Pakistan, Afghan and Pakistani citizen journalists find stories relevant and critical to both long-term and newly arrived Afghan refugees – a demographic overlooked by the country’s mainstream media. 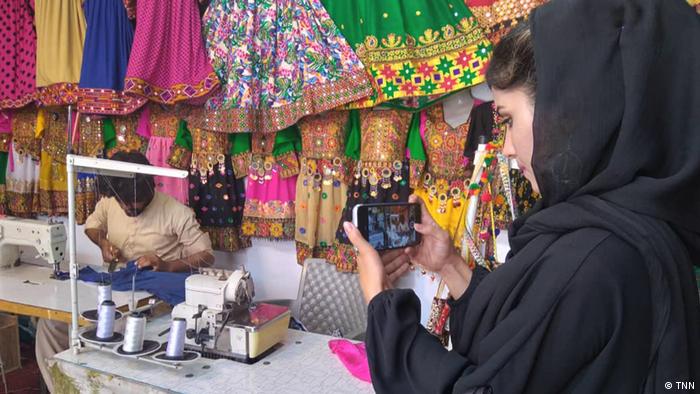 Although fairly young at age 24, Nooria Bazwan has seen and experienced enough to tell compelling stories – stories that can change reader and listener minds about many issues.

Born in Afghanistan, Bazwan’s family fled to Pakistan in 2001 just as the U.S.-led invasion to oust the Taliban government was underway. Growing up in a refugee camp near Peshawar, the odds were against her on so many fronts, as both a woman and refugee. On a larger scale, too, she and other Afghan refugees – including those who were actually born in Pakistan or who have resided in the country for the past four decades – are without a path to citizenship, limiting their ability to study and find work. Discrimination, including within Pakistani media which have tended to ignore reporting on Afghan refugee issues, and the common belief that Afghanistan is little beyond a bed of criminality, are also challenges.

These challenges and restrictions are well-known in the region. But what is perhaps less understood is that Afghan refugees, despite their many hurdles and hardships, can be models of resilience and accomplishment. 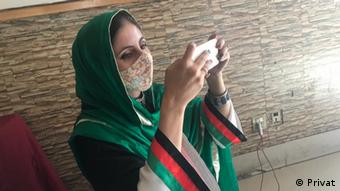 Nooria Bazwan is an Afghan refugee living in Pakistan. As a citizen journalist, she tells stories of refugees who are succeeding despite difficult circumstances and great uncertainty about their futures.

"I know the problems are overwhelming," said Nooria, "but refugees have also played a positive role here and have contributed in many ways. Unfortunately, the negative stories overshadow that."

Since last year, Bazwan has participated in several trainings within the regional DW Akademie project "Displacement and Dialogue South Asia". The idea is to support initiatives that provide relevant information for refugees and to foster dialogue with host communities.

A recent study by the Pakistan-based media watchdog group Freedom Network highlighted an urgent need for disseminating humanitarian information to recently arrived Afghans. This includes topics such as healthcare access and affordability, housing and education advancement –, the study, conducted in cooperation with DW Akademie, noted. Despite Afghan refugees living in the country for decades, they are not represented by any means in the country’s media – a problem made more urgent by the growing number of Afghan refugees entering the country. In December, Pakistani authorities reported 300,000 Afghans have arrived in the country since August 2021, joining an estimated three million already there, the Pakistani information minister Fawad Hussain said in an interview with VOA. 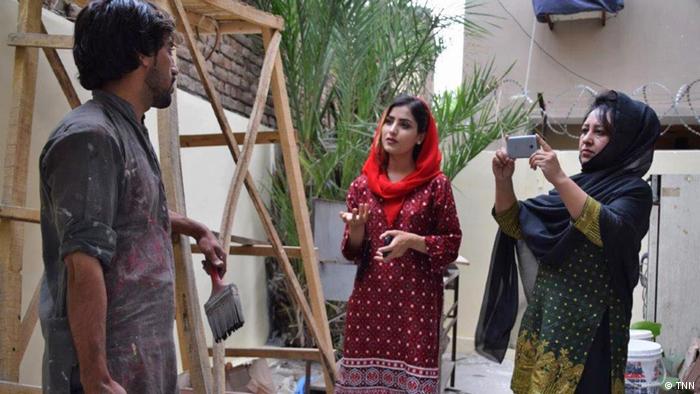 News one can use

Trained as a citizen journalist in northern Pakistan through the Tribal News Network (TNN), a radio and online news agency and DW Akademie partner, Bazwan started producing stories on the lives and challenges of Afghan refugees in Pakistan. She is not alone: overall, in 2021 and 2022, DW Akademie’s partners TNN and Power99 Foundation trained 62 Pakistanis and Afghans as citizen journalists in the Khyber Pakhtunkhwa (KP) province. They are now creating content for the two media outlets. By the end of 2021, they had produced 60 journalistic radio and video stories, which were published on various platforms.

Bazwan and her colleagues also aim to disseminate useful information to newly-arrived Afghan refugees to Pakistan who had to flee Afghanistan after the takeover of the Taliban in August 2021.

“Much of Pakistan’s mainstream media sensationalize politics and news,” explained Fakhira Najib, the CEO of the Power99 Foundation and executive director of the Power99 Radio Network. “They are not covering meaningful stories, such as on the environment, or water, or climate change. They don’t report on the refugees at all. And if their voices go unheard, their problems remain.” 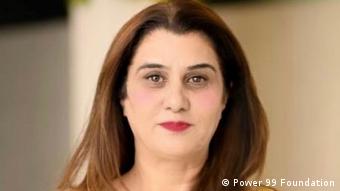 Fakhira Najib, the CEO of the Power99 Foundation and executive director of the Power99 Radio Network, says Pakistani media have neglected reporting on Afghan refugees and what might help them succeed in their adopted country.

In a civic voice

Since the start of the year alone, Bazwan has produced six stories for TNN’s website, highlighting ordinary Afghans who are doing the best they can amid poverty and distress. In one, she presented Zakia, a woman who once worked as a seamstress in Kabul and recently found sewing work with a local company, and Faridoun, who worked as a teacher in Afghanistan and eventually found work as a substitute teacher in Pakistan. Another story informed readers of specific scholarships for Afghan applicants to Pakistani universities.

“The central problem is that these kinds of stories just aren’t getting out there,” she said. “I think through education and knowledge, Afghan refugees can contribute to Pakistani society and bring greater stability to the region.”

Millions of people in South Asia are being forced to flee or migrate from their homeland. DW Akademie invited experts from five countries to Nepal, to explore how media can help build a dialogue with those affected.