Millions of people in South Asia are being forced to flee or migrate from their homeland. DW Akademie invited experts from five countries to Nepal, to explore how media can help build a dialogue with those affected. 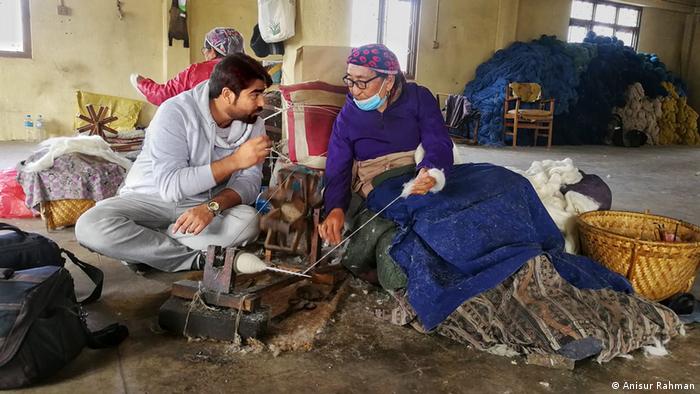 Said Nazir, co-founder of the Tribal News Network (TNN) in Pakistan, loves how his reporters' faces light up when they hear their voices on the radio for the first time.

The reporters are internally displaced persons, driven from their homes inside Pakistan. Nazir believes they can better talk to refugees about sensitive issues than outsiders, and have uncovered stories that major international newspapers later pick up. "We need to be talking more with the refugees than just reporting about them," Said stresses. 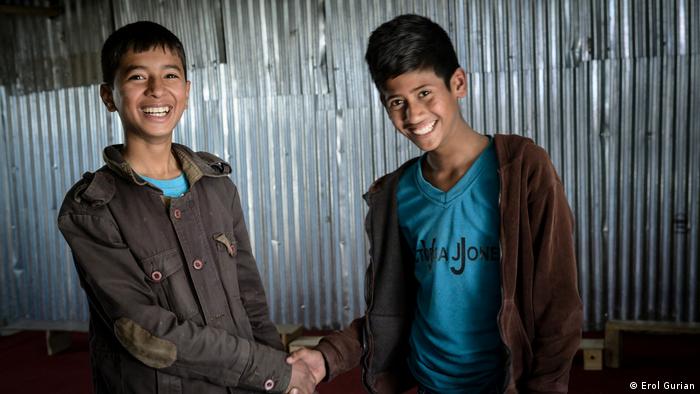 Colleagues from Community Radio Naf in southern Bangladesh are taking a similar approach, involving refugees as citizen reporters. Both projects are supported by DW Akademie.

Conflict and poverty have driven millions of South Asians from their homes. Climate change is adding to the crisis, with experts estimating that over the next ten years up to 20 million people in the region will become "climate refugees". But flight and migration are complex issues and politically and culturally sensitive, as well.

Few journalists in South Asia, however, are specialists on this. To increase awareness, DW Akademie and the Kathmandu-based Centre for South Asian Studies recently invited journalists, media experts, researchers, delegates from the UN organizations UNHCR and IMO, and NGO representatives to a three-day conference with accompanying workshops to network and exchange views on the challenges of reporting. The conference was held in the Nepal capital, with participants from Bangladesh, Pakistan, India, Sri Lanka and Nepal. 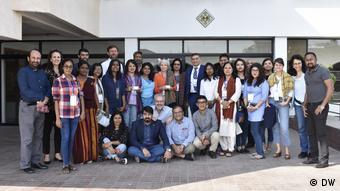 More than victims or perpetrators

"South Asian studies show that journalists are always under pressure to get their stories out, and as a result rely more on flight or migration statistics than speaking directly to those affected," says Andrea Marshall, DW Akademie project manager.

"Refugees are often portrayed as victims or displaced persons, or as perpetrators or criminals, but there is little focus on their daily lives. This type of framing is also common in other parts of the world," she points out. 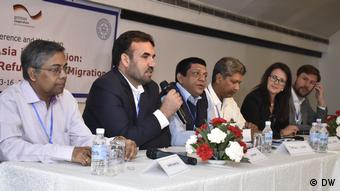 In the workshops and podium discussions, participants discussed various issues such as why some people are given a voice and others are not, why some issues are covered and others aren't and why that is, how to become aware of one's own prejudices, and how – also as a photojournalist – to live up to one's own responsibilities. Participants also met with Rohingya refugees from Myanmar and refugees from Tibet.

Among the speakers opening the conference were Germany's ambassador to Nepal, HE Roland Schäfer; Dr. Nishchal Pandey, Director of the Centre for South Asian Studies; and Michael Karhausen, Head of DW Akademie’s Asia and Europe division. 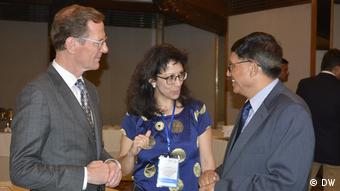 While tensions between India and Pakistan were threatening to escalate in Kashmir, conference participants from both countries sat together at the breakfast table. "We don't touch on the conflict directly but we're dealing with it indirectly when we all look at how to report about conflicts in a responsible way," says DW Akademie trainer, Elwalid Dardiry.

Pakistani journalist Sara Farid is herself a refugee but doesn't like using the term. "The word 'refugee' makes me feel I'm not worth much," she says.

Farid used to live in Pakistan and report on discriminated minorities for international media outlets. When she became the target of threats from various quarters, however, she moved to Paris with her family and now lives there in exile. Farid maintains that stories have to be told, even if they are painful or involve risks. "If we as journalists don't tell the stories ourselves, who will?" she asks.

Trauma on both sides

"The way one approaches a story is important," says Amantha Perera. He is a journalist and foreign correspondent based in Colombo, Sri Lanka, and has looked at how journalists deal with, or ignore, the effects of trauma. He advises colleagues who interview refugees to listen more and ask fewer questions because many have suffered atrocities back home. 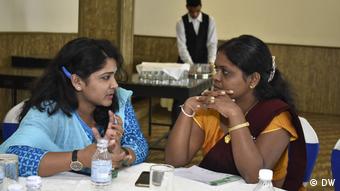 Porimol Palma, a newspaper reporter from Bangladesh, said it was only at Perera's workshop that he realized how easily journalists can become traumatized themselves when reporting on violence or adversities.

"We often neglect our own well-being when we're covering the suffering of others, but we can protect ourselves," he says, aiming to discuss this with some of is colleagues when he returns home.

The conference is part of DW Akademie's focus on flight and migration, and was funded by the German Ministry for Economic Cooperation and Development (BMZ).