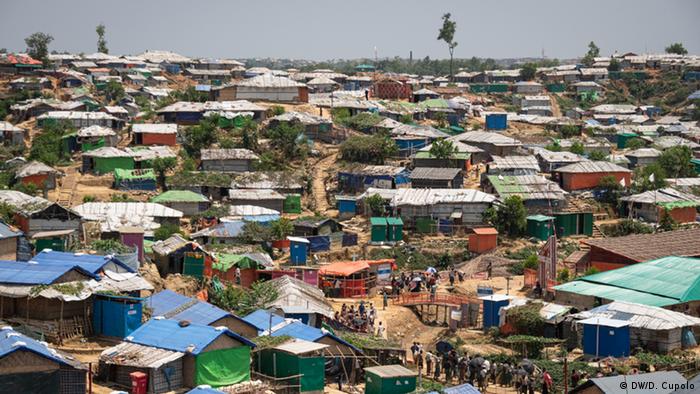 The Kutupalong refugee camp near the city of Cox's Bazar in Bangladesh, where mainly Rohingya refugees from Myanmar live

Migrants, refugees and internally displaced people constitute a large part of the world's population today. In absence of accurate data, rough estimates suggest the number of people affected by displacement and migration in South Asia varies from 2.5 million to 50 million. The partition of British India in 1947 led to arbitrarily drawn boundaries of the nation-states and triggered the large-scale displacement of the population within the region. Today’s mixed and massive migration flows in South Asia emerge to a large extent from this violent and complex history of nation-making.

The region has witnessed some of the largest internal displacement and refugee-producing events in history, including the displacement of Sri Lankan Tamils following the protracted civil war in the country or the Rohingya fleeing from ethnic and racial violence in Myanmar. The recent Taliban takeover of the Afghan state has added to the already existing 2.2 million Afghan refugees in its neighboring countries Iran and Pakistan alone and 3.5 million internally displaced people (IDPs). Additionally, rising economic inequalities, frequent climate disasters, and ecological changes cause people to move en masse to escape the cycles of precarities.

Representation of refugees in the media dominated by speculations and sensationalism

As a public good relied upon by many, the media holds a critical role in shaping public discourse around migrants and refugees by reporting responsibly on the issues affecting their everyday lives. However, as a 2017 report notes in relation to European media, the representation of refugees in the media is by and large ‘dominated by speculations and sensationalism’. Such narratives circulate stereotypes and further alienate refugees and migrants from the host society, leaving them unable to exercise their right to information and freedom of expression, which are fundamental human rights enshrined in Article 19 of the Universal Declaration of Human Rights and the humanitarian attention they deserve.

Independent and responsible media are crucial to increasing the visibility of refugees and migrants in the public discourse. With this belief, Calcutta Research Group (CRG)collaborated with DW Akademie and the Center for International Media Assistance (CIMA) to organize multi-stakeholder consultations themed ‘Media, Information, and Participation in Displacement and Migration Settings – How Free is the Media?’ These consultations, held in February and March 2022, involved journalists (including journalists in exile), documentary-makers, media experts, academics, rights activists, and representatives of civil society organizations from all eight South Asian countries – Afghanistan, Bangladesh, Bhutan, India, Maldives, Nepal, Pakistan, and Sri Lanka.

The consultations aimed to

The report was authored by Utsa Samin, Priyankar Dey (Calcutta Research Group) and Miriam Küller (DW Akademie). It aims to sum up the discussions and provide avenues for further collaboration and development among key stakeholders.

The consultations were supported by the Federal Ministry for Economic Cooperation and Development.

Reporting about migrant and refugee matters is often overshadowed by bias and national interest. Media experts from eight countries agreed on an action plan outlining steps for improving the situation.