Moviegoers rarely get the chance to watch African films. But that may be changing as DW Akademie helps African filmmakers gain international exposure. One of the productions is even striving for an Oscar. 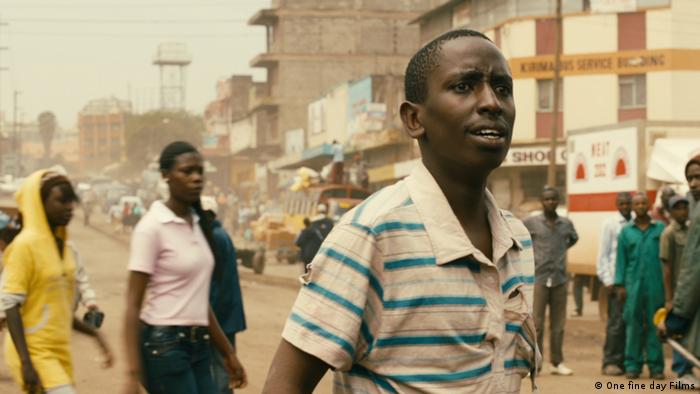 Scene from "Nairobi Half Life"

"The pressure was incredible. Everyone had to be on the ball and work as a team," recalls Barbara Minishi. As the art director for the feature film "Something Necessary" (2013) she remembers having her hands full on the set. "What does the gaffer or the director need? What works when you're shooting a film? You have to put everything together," she says.

"Something Necessary" was made in collaboration with DW Akademie and Tom Tykwer's production company One Fine Day Films. In 2014, the two project partners launched the Film Africa! project to help African filmmakers tell their own stories. European professionals serve as mentors to the filmmakers, who learn about production practices that meet international standards. The films are then marketed worldwide. 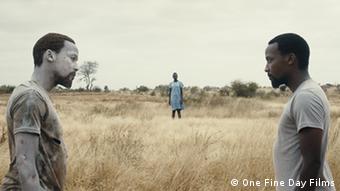 This year, two films from the project are up for prestigious awards. The sixth and most recent film from the Kenyan workshops, "Supa Modo," will be presented in the "Generation" section at the 2018 Berlin International Film Festival "Berlinale",  held in February.

In January, Kenya submitted the feature film "Kati Kati" to the Academy of Motion Picture Arts and Sciences for a 2018 Oscar in the category "best foreign language film". At the 2016 Toronto Film Festival, Kati Kati won the Discovery Award of the International Federation of Film Critics.

Tom Tykwer is overwhelmed by the positive feedback. "I think some films were seen by significantly more people than all of my films," he says. "That's because the continent is craving for a subjective voice." The "subjective voice" of the African filmmakers is also interesting for movie audiences all over the world, says Tykwer, who also worked as a mentor in Kenya during the production of the film "Nairobi Half Life" (2012). "It's a film that finally takes regional themes seriously and addresses dialects and very specific conditions in this region. It is accurate, but also strives to be entertaining and exciting. That's exactly what everyone in the world wants to see," he explains.

"Nairobi Half Life" tells the story of a young actor who has to fend for himself in the Kenyan capital,  Nairobi, while  trying to make his dream come true. The film was a box office hit in Kenya.

The prospective filmmakers learn about all aspects of feature film production, from location scouting and costume design to directing and post-production. The East African film industry is in urgent need of this know-how and professional expertise. 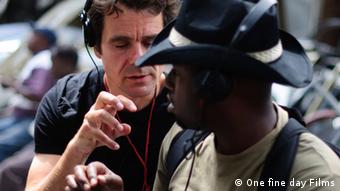 Filmmakers who were trained in the joint feature film projects are in great demand and have good prospects on the job market. The Film Africa! project's output is impressive. More than 1,000 people from 18 African countries had been trained prior to 2018, almost half of them women. Five feature films were released; the sixth celebrates its world premiere at this year's Berlinale Film Festival. Together, the films have so far won a over 50 awards –  both national and international prizes.

In cooperation with a Rwandan vocational school, DW Akademie uses the German dual education model to train media designers, and this is unique sub-Saharan Africa. Twelve young people have already completed the two year training; more than half were offered jobs during their training. Seventy filmmakers have taken the master classes.

New job opportunities have now opened up for participant Liane Mutaganzwa. She says, "I had no idea how to produce films, direct them or submit a script," she says, "but now I can pitch a movie, write screenplay ideas or write an exposé. And I can direct." She adds incredulously, "I'm a movie producer!"

The films at a glance

2018: "Supa Modo" celebrates its world premiere at the Berlinale Film Festival. The film runs in the "Generation" series, which focuses on young filmmakers. The drama tells the story of nine-year-old Jo who is terminally ill and dreams of becoming a superhero.

2016:"Kati Kati - Her End is Just the Beginning" makes it to the Oscar pre-selection. The film wins the FIPRESCI Prize in Toronto. It is voted best film at the African Magic Viewers' Choice Award.

2014:"Veve" is presented at the Filmfest Hamburg and the International Film Festival Mannheim-Heidelberg.

2013: The third feature film, "Something Necessary", takes place during the 2007/2008 presidential elections in Kenya. It is screened at international film festival like Rotterdam, Durban, Toronto and Minneapolis.

2012: The second feature film from the project, "Nairobi Half Life" is released and Kenya submits it to the Academy of Motion Pictures for foreign film Oscar. Director Tosh Gitonga tells the story of a young actor who moves to Nairobi for his first acting job and has to fend for himself in the city.

2010: "Soul Boy" is released. The film is screened at the Berlinale. It wins the Audience Award at the International Film Festival in Rotterdam.

DW Akademie has been working with One Fine Day Films since 2013. The project run by the two partners, Film Africa!, receives the support of Germany's Ministry for Economic Cooperation and Development.

This article was updated: After making it to the pre-selection for the Oscar's 2018, "Kati Kati" was not chosen to be one of the final nominees.

The film "Soul Boy", directed by Hawa Essuman, was shown simultaneously in Bonn and Berlin on 26 February 2010 and marked the launch of the special project FilmAfrica!. (14.03.2010)

Africa’s digital transformation is in full swing, and one of the places where a good deal of innovation is taking place is Kenya. ICT enthusiast Martha Chumo explains how Kenyans are using digital technology. (12.06.2015)

"My first film shows Nairobi how it really is"

His first job on the set was making coffee. But Tosh Gitonga has since worked his way up to become a film director. "Nairobi Half Life" is his first film - and it's been a hit in Kenya. Now it is premiering in Germany. (12.10.2012)