The drama "Supa Modo", co-produced by DW Akademie, was shown for the first time on February 18. The film was enthusiastically received by the audience at the world premiere at the Berlinale film festival. 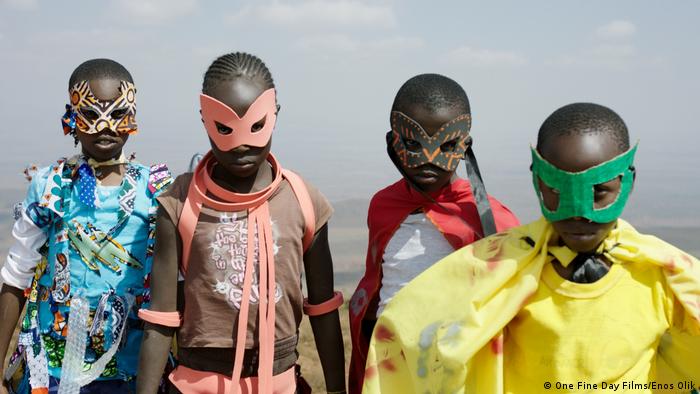 Film still from "Supa Modo": The terminally ill Jo dreams of being a superhero

"You're watching the first superhero movie from Kenya!" exclaimed Tom Tykwer when he greeted the guests in the nearly full movie theater at Haus der Kulturen der Welt in Berlin. Tykwer, who presides over the jury of Berlinale 2018, took time on Sunday morning for a project that is dear to him: the world premiere of "Supa Modo" at the 68th Berlinale. 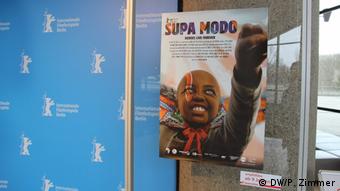 Leading actress Stycie Waweru and director Likarion Wainaina make their film debut in this story about imagination and a community that comes together in difficult times. "Supa Modo" tells the story of the terminally ill nine-year-old Jo. She spends her last days in her home village Maweni and dreams of being a superhero. Her family and the villagers do everything they can to fulfill her last wish.

Nine-year-old leading actress is in demand 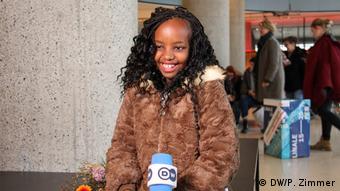 Most of the questions are directed at Stycie Waweru, the nine-year-old leading actress. What was the most difficult thing she had to do? "I had to cut my hair off. It was very hard because I love my long hair. But I play a girl with cancer and her hair falls out," says Stycie, who now wears a wig. Would she like to continue working as an actress? "Yes, I have noticed that I can make people happy," she replies.

Scriptwriter Mugambi Nthiga reveals that a boy was supposed to play the role but many girls had also gone to the casting calls. Stycie convinced the team the most. She was chosen over 500 other children.

I am completely overwhelmed to see the film here on the big screen," says Mugambi Nthiga. "I just saw the film in its entirety for the first time." Nthiga thanks the audience and says, "I am very, very happy that you are here." 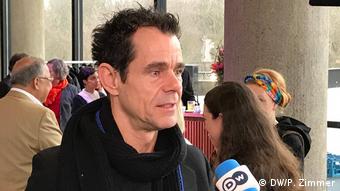 Tom Tykwer and DW Akademie have been working together since 2013.

In an interview with DW, Tom Tykwer said, "People not only want acquire skills and learn how to use technology, but the affirmation that they are capable of telling their own stories and conveying their own ideas and artistic visions.

The applause is more than justified. The story is absolutely convincing; it told with real humor and the actors are fantastic," says Werner Nowak from DW Akademie. The discussions with film professionals in the audience were also very encouraging. If the enthusiasm remains high, the film is bound to be a great success on the international stage." After the premiere, an eleven-year-old viewer said, "I thought the film was great. I want to see more movies from Africa." 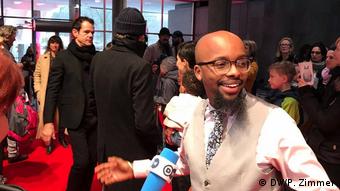 Screenwriter Mugambi Nthiga was overhelmed by the atmosphere around the red carpet reception.

Christian Gramsch, director of DW Akademie, was also impressed by the audience's reaction. "With the FilmAfrica! project, African filmmakers can tell their stories to an international audience. The great applause and many queries after the premiere are wonderful and are a direct form of appreciation."

At the end of the Q&A session, a young audience member asks if "Supa Modo" is a true story. No, says screenwriter Mugambi, but adds that there is a lot of truth in the film. "Each and every one of us carries a superhero in themselves."

"Supa Modo" is competing in the Berlinale category "Generation Kplus," which focuses on films about the lives and experiences of children and young people.