"My first film shows Nairobi how it really is"

His first job on the set was making coffee. But Tosh Gitonga has since worked his way up to become a film director. "Nairobi Half Life" is his first film - and it's been a hit in Kenya. Now it is premiering in Germany. 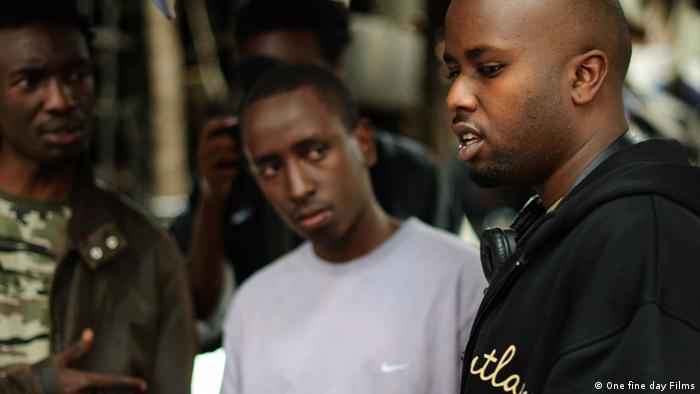 Tosh Gitonga is nervous, just like he is at every premiere. His first film "Nairobi Half Life" has already premiered twice: the world premiere was at the Durban Film Festival - where he also won best actor - and the second premiere was in Kenya. Berlin is next on the list. "I’m wondering whether my film will appeal to a German audience." 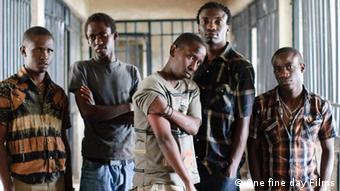 "Nairobi Half Life": Mwas and his gang

During the interview in Berlin, a day before the premiere, Tosh says he'd never dreamed that the show would be sold out. And he wasn't expecting all those cameras at the press conference. But "Nairobi Half Life" has two well-known and respected mentors: director Tom Tykwer and his wife, Marie Steinmann - the founders of One Fine Day Films. Together with DW Akademie they hold workshops in Kenya and offer the most talented participants an opportunity to produce their own film.

Tosh Gitonga was one of the more than 50 participants who took part in a two-week masters workshop for aspiring African film directors. No one knew beforehand who would be chosen to direct the film. 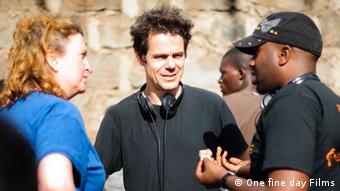 On the set with Tom Tykwer

How did you react when you learned you would be the director for "Nairobi Half Life"?

I remember there was a lot of competition. When Tom came around in class to see what we were doing as individual directors, we almost froze. The workshop ended on a Friday and I got the call on Sunday from Tom himself. People in my house thought I was mad because I was so over-excited.


You've been in the film industry for more than 10 years. What could the workshop teach you?

We were in the driver's seat for the first time - a brilliant opportunity. When Tom came to Kenya he was amazed that we actually knew how to make films, that we weren't as green as he'd expected. But we hadn’t had a platform to tell our own stories or to go all the way into post-production, into distribution. We're now much more confident in making decisions, heading our own departments.

The most important thing I learned was how to be a head. He always told me that the fish stinks from the head down. He taught me how to be a leader and how to put my work together, to make it easier for my creative process to come through. I didn't have that before and was all over the place with it. Now it works much better. My crew understands me better, we have an easier working relationship. And it's also changed a lot. At the beginning I was very intimidated. But he's such an easy-going person. And we understand each other. He was there when we were filming and helped out a lot. We've developed this friendship and I'm always happy to see him. But sometimes when he leaves the room I'm like, "Wow, that's Tom, the great director…" 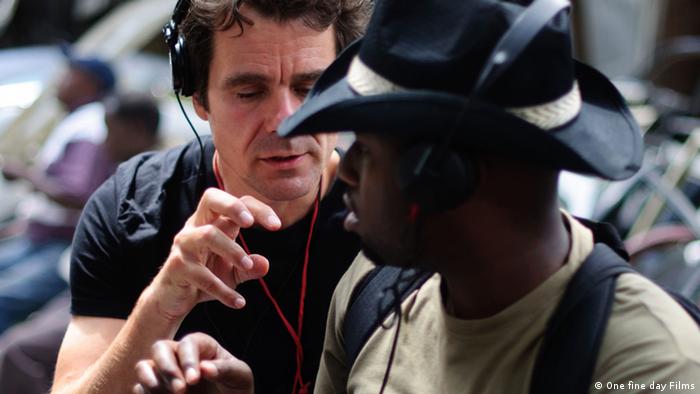 "He taught me how to be a leader and how to put my work together."

How is "Nairobi Half Life" doing in Kenya?

It's been amazing! Initially I thought the screening would only last about two weeks, but we're now in the sixth week. They've been extending it every week because the demand is quite high. It's been spread by word of mouth and everybody's talking about it, and the reception we're getting is amazing. It's so important because it gives us confidence and also acts as a role model to show young filmmakers that the Kenyan film industry has a future.


Why do you think the film has been so successful?

When I was making the film I told myself I'd be telling the story as it is, as I understand Nairobi as a Kenyan, as I see it. I think that's been the main thing. People are relating to it. A lot of people come to Nairobi trying to make their lives better and it's difficult. I mean, we don't get films like this in Kenya. And when some of us do make movies they're not always stories about the real Kenya. You have to balance it with where you get your funding from, for example. It's hard. I think "Nairobi Half Life" tells the real Nairobi story. 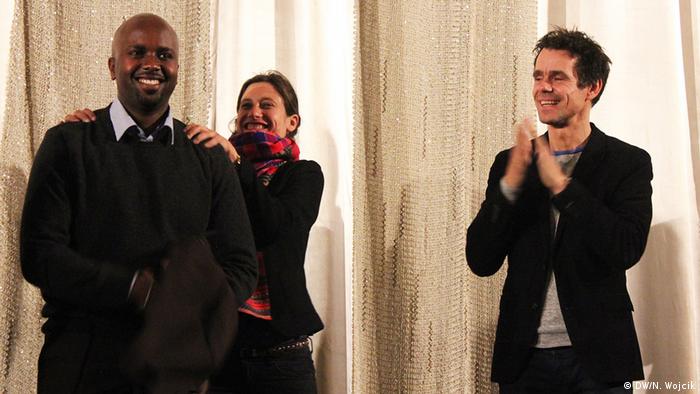 The main character, Mwas, grew up in the province and arrives in Nairobi dreaming of becoming an actor. But life in the big city is tough. Can you relate to that?

Yes, definitely. I also grew up outside of Nairobi and at the age of 17 my mother encouraged me to move to there because there were many more possibilities. It was tough, and from there on it was hard work. But over the years I've seen myself growing because I can see results in what I'm doing. My first job was actually making coffee for producers and directors. And I had to photocopy all day long. I still hate photocopying! I had to do it one page at a time. The machines weren't too good - imagine photocopying a 100 page script! And then they'd make changes and you had to start all over again. I relate to coming to Nairobi and making something out of nothing.

How did you get prepared for directing "Nairobi Half Life"? 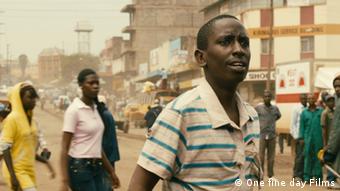 The main character ends up in a gang in the slums of Nairobi. So I went to speak to real muggers and small time crooks. And I got insights so the movie could be real. It took time to get their confidence, but finally they understood that I was not trying to arrest them and was just researching. What's more important to me is the reason behind the violence. That is what I really wanted to see. You'll be surprised to find that people don't want to be violent. They've made the choice to rob people which they know is really wrong, but their adrenaline is high and they're panicking and if you don't give them a reason to calm down or they're not comfortable, they can pull the trigger. They don't have issues with you - for them it's just survival. That's it. I think it's important to try to understand that.