The myth of the lone wolf

Why war reporting is a profession like any other. By Bettina Gaus 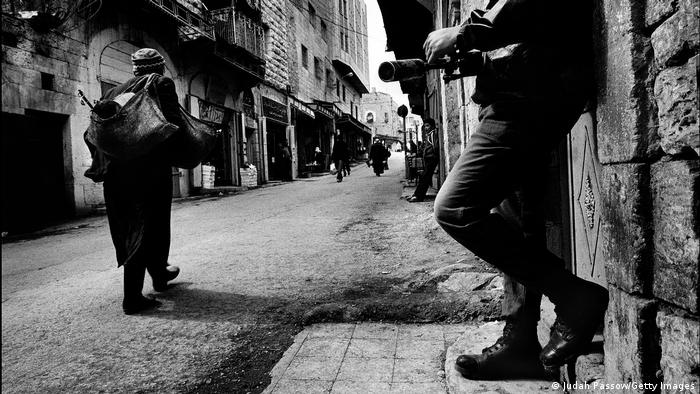 The image of the war reporter as a lone wolf — male, of course, and good looking — travelling solo around the world in search of the truth, has always been a cliché, far from reality. The so-called "lone" wolves (not always handsome, and often female) in war zones have been "embedded" in organizations long before the term became part of the general political discourse.

Nowadays, the embedding of reporters is usually understood to be an attachment to a military force, which is also misleading. As if aid organizations that facilitate travel and host reporters are impartial and don’t pursue their own agenda. Just like any military force that supports journalists, aid groups also want to see their projects in a friendly light, being featured prominently in the media.

There’s nothing wrong with that, as long as journalists disclose the circumstances in which they work so that the public knows what to expect. Unfortunately, this is not always the case. Far too often, reporters still pretend to be independent when in fact they are not.

It is very difficult to travel through a war zone alone. But it becomes easier the better one knows a country. A journalist who has been reporting on a place for some time may have enough contacts to work independently in at least some parts of a war zone. A colleague who has just flown in "for the day," maybe even accompanying a foreign politician, does not know enough and therefore has no opportunity to do so. This is one of the reasons why it is unfortunate and just plain wrong that many media outlets have cut back on their network of foreign correspondents in order to save costs.

The consequences are dire. There have always been blind spots on the world map, and they are getting bigger every year. Certain countries are never the center of attention regardless of how many people die or are forced to flee their homes. That is largely because there are very few foreign correspondents around to keep the world updated. What does the general public know about the current situation in the Central African Republic, for instance? Or even about Yemen, which the UN regards as the worst humanitarian crisis in the world? Yes, exactly. Not much.

This is not the only problem with war reporting. What applies to any other field of expertise is also true for this profession: The less you know, the worse you act. At the height of the famine in Somalia in the early 1990s, many journalists unfamiliar with such situations handed out sweets to people from their planes. Nice gesture, but misplaced.

Aid workers were appalled. It was hard enough to ensure that the weakest people got the assistance they needed and were not overrun by those who still had some strength left. The message those journalists sent was clear: yes, it does make sense to beg for food and push your way through. The reporters’ humane but misplaced gesture made the work of aid organizations infinitely more difficult.

War reporting is a profession like any other. It requires experience. But even if you know exactly what you are doing and go by the book, one problem remains: reporting on a conflict is, by nature, prone to sensationalism. Nobody is interested in a story which can be summarized by the headline “Nothing happened today.” This leads to a distorted picture, particularly when interest in a region or even a whole continent is generally low, as is often the case when a place has little economic or political power.

Sub-Saharan Africa is a good example. This part of the world is generally perceived as war torn and crisis stricken. According to UN statistics, however, this does not apply to roughly 95 per cent of the population. How do you bring facts and perceptions together?

This is difficult, if not impossible. It is condescending and an insult to the victims not to report, for example, on the genocide in Rwanda — or to report less and publish a nice feature about cultural festivities in Tanzania instead. It conveys the message that the victims are not important enough to be at the center of attention!

This dilemma does not only apply to Africa. And it is a dilemma that even the most responsible reporter cannot solve singlehandedly. So, what can war reporters do, wherever they are in the world? They can stress the fact that they are only reporting on a specific area or story — not a whole region or a continent. True, that’s not much. But it would at least be the beginning of a more truthful way to report on conflicts.