Two years ago hundreds of thousands of Rohingya fled Myanmar to Bangladesh. Many are now trying to escape the refugee camp's hardships, with some heading to Malaysia in small boats, risking their lives in the process. 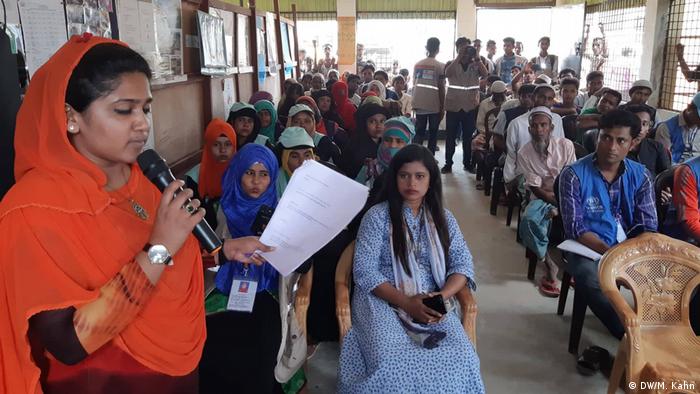 Twenty-year-old Sharifa Khatun lives with her three-year-old son and her mother in one of the countless bamboo huts in the Rohingya refugee camp. Located in the Cox’s Bazar district in Bangladesh, it is now the largest refugee camp in the world. Like hundreds of thousands of Muslim Rohingya, Sharifa and her family fled their homeland two years ago to escape military attacks. Her husband had previously left for Malaysia and remains there, but Sharifa will be staying in the refugee camp. Like most Rohingya, she fears further reprisals if she returns to Myanmar, and because Rohingya are stateless they cannot officially leave Bangladesh - not even the refugee camp itself. 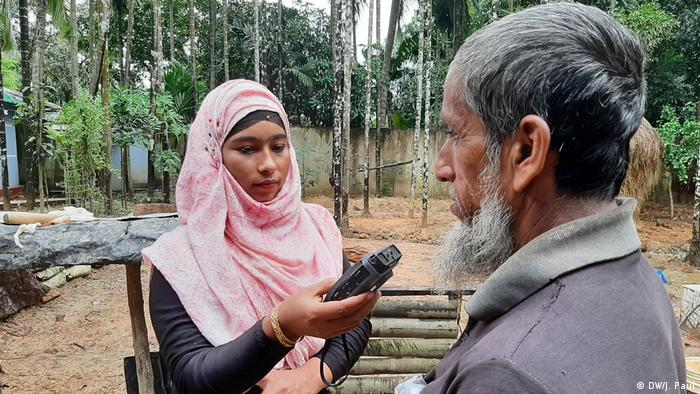 Still, the young mother now sees another reason to stay: in early 2018 she started working as a reporter for Radio Naf, a local community radio station. With support from DW Akademie, a team of Rohingya and Bangladeshi community reporters are producing the feature radio program "Palonger Hota" covering everyday stories in the camp and surrounding villages. Sharifa says it has given her a new outlook on life. 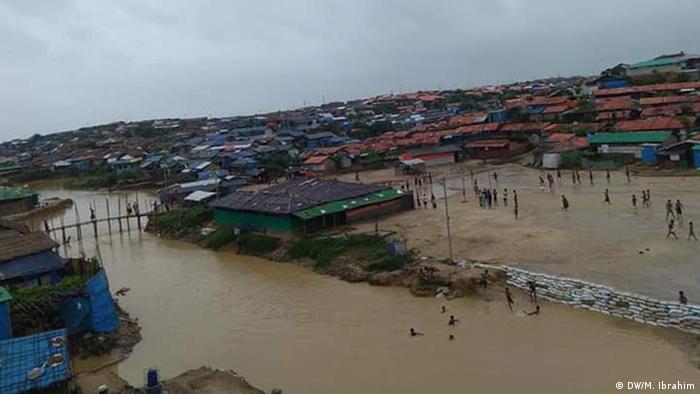 The Rohingya camp, close to the Myanmar border, is subject to floods during the monsoon season

But a sense of hopelessness has spread throughout the camp: roughly one million people now live here under difficult conditions in cramp quarters. The Rohingya’s mass exodus began two years ago on August 25, 2017 and for many, the flight continues – either in their minds or in reality. Human smugglers know how to exploit this.

Looking for work or forced into prostitution

Vulnerable refugees are lured by smugglers’ lies or promises to get them to Malaysia, one of the countries they long to reach. While some do make it to India, Thailand, Indonesia or the Gulf states using forged documents, others often end up in forced labor. Young women and girls are often pressured to marry men outside of the camp to lighten the burden of their poverty-stricken Rohingya families. Others are forced into prostitution.

A major human trafficking crisis occurred in 2015 when thousands of boat refugees, mostly Rohingya, for weeks floated helplessly on the ocean before being taken in by Thailand, Malaysia and Indonesia. There were also reports of  victims living in Thai jungle camps that were close to mass graves. The Bangladesh and Thai governments  cracked down on the traffickers but their numbers are increasing again.

According to media reports, Bangladesh authorities say they stopped 300 refugees from illegally leaving the country in the first half of 2019. That number, however, is likely to be much higher. Around 200,000 Rohingya are also estimated to have left the camp and gone into hiding elsewhere in Bangladesh. 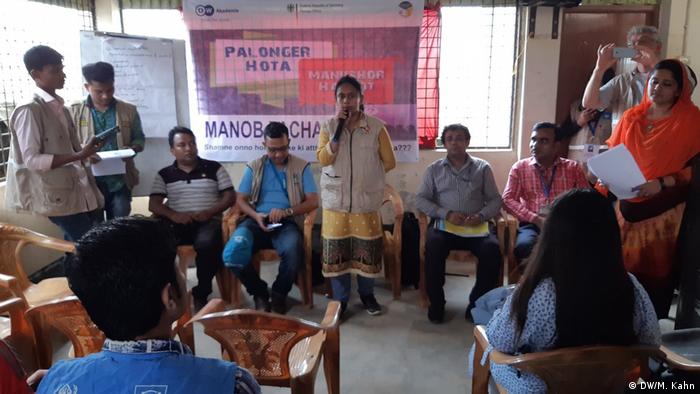 At the first panel discussion, Rohingya representatives and aid organizations underline the dangers of fleeing the camp

Information instead of barbed wire

While Bangladeshi politicians are thinking of putting up barbed wire around the camp, or relocating the refugees to an island in the Bay of Bengal, Rohingya representatives and aid organizations are focusing on an information campaign underlining the dangers of fleeing the camp. Some of those risks include forced labor, prostitution, child marriage, organ trafficking or even torture if the smugglers suddenly demand more money. If people are aware of the risks for themselves and their families, the organizations say, they will think twice before fleeing again. 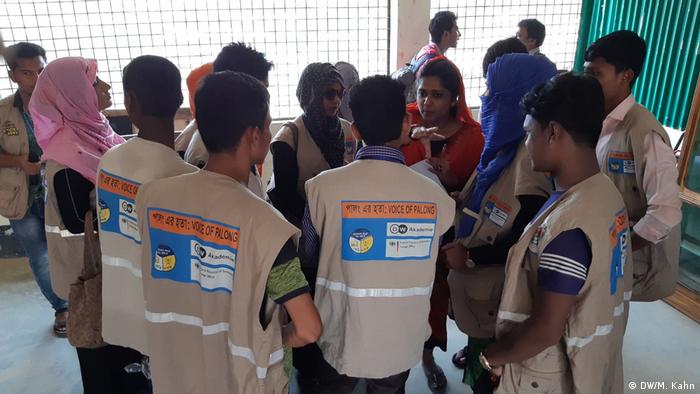 The "Palonger Hota" radio team sets up the panel discussion

As a result, Sharifa and the "Palonger Hota" team helped organize and record a camp panel discussion on human smuggling and illegal migration. The discussion looked at various risks as well as the fact that families who are left behind are often unaware of their relatives' fates. The discussion, later broadcasted on Radio Naf, was held in cooperation with UNHCR, IOM and other aid agencies. This new radio format - panel discussions at the camp - will continue until the end of the year and feature additional topics.

"Radio has changed my life"

Sharifa is glad that she and her family are relatively safe in the camp. Even though the living conditions are difficult, she says she has found meaningful work as a radio reporter and that it has changed her life. "I used to be quiet and shy but I’m not anymore," she explains. "In Myanmar, Rohingya women only work at home, but it’s different here. I had to learn how to approach strangers, ask them questions and how to speak for myself," she says. Her mother is proud that Sharifa, even though like many Rohingya women she can hardly read or write, can now transfer interview recordings to a laptop and edit them.

Despite her newfound independence, Sharifa hopes to see her husband again. "Inshallah," she says. God willing.

DW Akademie’s and Radio Naf’s joint project was launched in early 2018 with initial funding from Germany’s Federal Ministry for Economic Cooperation and Development (BMZ). Germany’s Federal Foreign Office has been funding the project since May 2018.

Millions of people in South Asia are being forced to flee or migrate from their homeland. DW Akademie invited experts from five countries to Nepal, to explore how media can help build a dialogue with those affected. (16.04.2019)