No longer a blind spot

How the project “Clickbait” highlights the language of many YouTubers in Serbia. By Klaus Dahmann 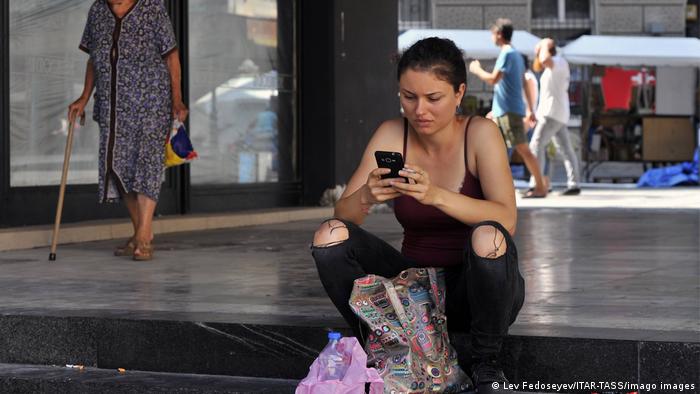 Radio, TV and print media are playing an increasingly minor role in the lives of many children and teens. Instead, they spend the majority of their "media time" on the internet and social networks, especially since smartphones are almost always at hand. Though this trend can be observed everywhere on the globe, it is particularly pronounced in Serbia and the Western Balkans. Most traditional media there still come across as old-fashioned, revolving mainly around post-war topics such as the status of Kosovo, territorial disputes in Bosnia and Herzegovina or the supposed choice of political orientation towards the European Union or Russia — passé for many young people. They've been searching for modern and appealing media content for their age group — (often) in vain. But now, they can find what they're looking for on YouTube, Instagram, and more recently, TikTok.

A close look behind the influencer scene in the Western Balkans, reveals a world in which hate speech, sexism and cyber bullying have been at the fore for many years now. Control mechanisms, such as those enforced by the EU or the United States, do not work because government agencies pay as little attention to this parallel universe as do civil society, traditional media and even the majority of sponsors. In the vast majority of cases, social media can continue to operate without sanctions.

In 2019, people in the YouTube scene who wished to make a clear statement against such behavior began to raise their voices. In response, DW Akademie brought eight such YouTubers together. They first produced the (self-)ironic music video “Klikbejt” (“Clickbait”), in which they sang not only about the convulsive hunt for clicks, but also about fraudulent lottery games, hate speech and discrimination. In their second rap, "Drama," they criticized, among other things, toxic masculinity, the glorification of consumption and author’s rights violations, as well as the fact that YouTubers often incite their followers against other YouTubers.

In Serbia, as a result of the second video, the world of YouTube and Instragram is no longer a "blind spot." Discussions about ethics in social networks have reached government agencies and even marketing agencies and sponsors via traditional media and civil society organizations. The rap videos are used in Media and Information Literacy training for children, young people and teachers.

“I would do it all over again"

Serbian YouTuber "Dex" on his sense of responsibility. Interview by Jovana Gligorijević