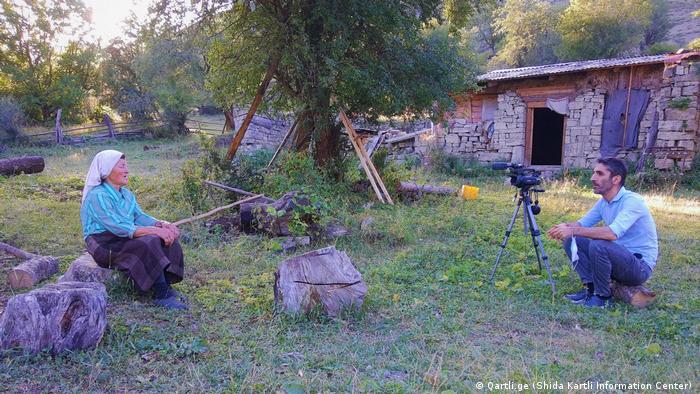 Saba Tsitsikashvili is a quiet, reserved person. The journalist enjoys setting up his camera in the country's remote villages. "We travel to places that haven’t been visited by outsiders for months on end, and where politicians very rarely show up," he says of his work. "Otherwise, no one ever hears about the problems that the people there are faced with."

Saba Tsitsikashvili runs "Qartli.ge", an online medium in the Georgian region of Inner Carthage on the border with South Ossetia. Whether it's a remote settlement that doesn't have its own mill or the inhabitants of a village belonging to the Ossetian minority who are afraid to speak their own language openly - Saba Tsitsikashvili reports on the people's struggles. Whether in Georgia or anywhere else in the world: the media reports on what doesn't work. When negative headlines dominate, readers eventually put down their newspapers in frustration and prefer to turn their radios off. For this reason, DW Akademie supports local media outlets in Georgia that work according to the principles of Constructive Journalism: journalism that focuses on solutions - and the positive inspiration gained by successful news stories.

Constructive journalism is also critical and investigative. But beyond that, journalists ask: How can things be further improved? In two online trainings, DW Akademie introduced local media professionals like Saba Tsitsikashvili to the basics of constructive journalism. The idea is to pick up on nuances, to get people talking and to describe possible solutions to the problems, and to present them in a vivid and inspiring way. "Journalism in Georgia is often very fast-paced and superficial," is how Kamilla Mamedova, one of the participants, described the media landscape in her country. "Constructive journalism, on the other hand, is patient and has an eye on the future. “ 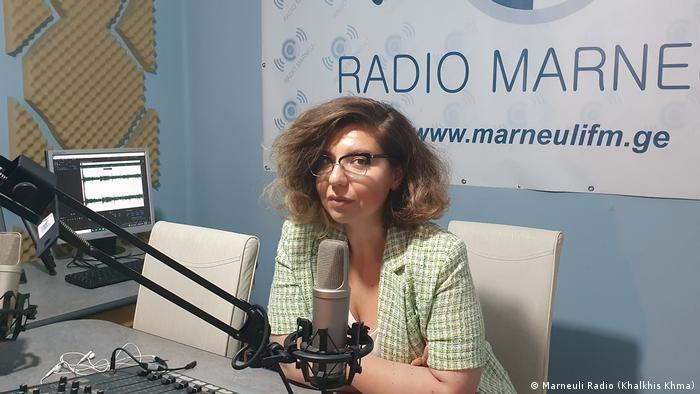 More effort - but the audience appreciates it

Kamilla Mamedova lives in the small town of Marneuli in southeastern Georgia, between steppe and mountains, barely 40 kilometers from the border with Azerbaijan. She is the editor-in-chief of the local radio station "Radio Marneuli". Kamilla Mamedova has demonstrated what constructive journalism can achieve in Georgia with a radio report about the Azerbaijani minority in the region. The report, which was produced after training with DW Akademie, portrayed the hardships of the people, who don’t necessarily speak Georgian and are therefore excluded from social advancement. At the same time, it also portrayed how solutions are working at the local level, for example by offering language and computer courses.

In summing up her experience, Kamilla Mamedova believes that constructive journalism may demand more work sometimes - but the effort pays off. The audience tends to trust the radio station more and user numbers are increasing. Saba Tsitsikashvili, the editor-in-chief of "Qartli.ge," confirmed this. "I enjoy it," he adds, "when I see that we help to improve people's lives." For example, after Saba Tsitsikashvili filmed at one of the remote mountain villages, the planning for their long-awaited mill is now underway – after "Qartli. ge" reported on it.

This project is part of the global initiative "Transparency and Media Freedom - Crisis Resilience in the Pandemic" by DW Akademie and the German Federal Ministry for Economic Cooperation and Development (BMZ).

Good News: The world isn’t that bad, after all

Journalism can offer so much more than coverage of the status quo: It can also point out solutions. Therefore DW Akademie and its partners have initiated the Constructive Journalism Lab. Let’s move media forward!

"Cambia la Historia" is a collaborative journalism training and research project that brings visibility to structural violence against women through constructive journalism. Meet the participants!