Good News: The world isn’t that bad, after all 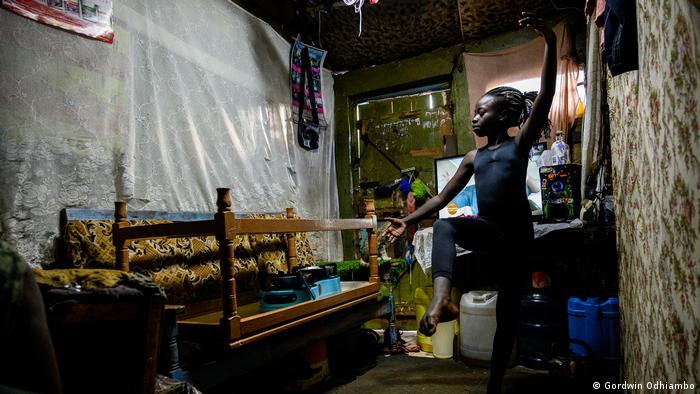 In the beginning, there was frustration, lots of frustration. Dina Aboughazala, a journalist from Egypt, was frustrated about how journalists reported about her country: “It was always just terrorism, oppression and human rights violations.” Negative headlines, often reproduced by reporters who only spent a short time in Egypt and then presented themselves as experts on the country. This led to a “narrow view” of Egypt and the entire Arab world, says 36-year-old Aboughazala from Cairo, “and that then becomes the great truth.” Dina Aboughazala is an Egyptian journalist and founder of Egab.co, a platform for constructive journalism

And this frustration set things in motion. Aboughazala, who worked for the BBC for 14 years, went to London to get her master’s degree in journalism where she got the idea for her own media company. She founded Egab.co, a platform for constructive media professionals, during the corona crisis. “We offer our partners a virtual newsroom experience,” says Aboughazala, who, together with another colleague, runs a network of Arab and African journalists who all come from the Middle East, North Africa and Sub-Saharan Africa. With her support they develop ideas for constructive reports that always feature a solution. Egab then sells the stories to media companies around the world.

Working against the constant flow of apocalyptic news

Constructive journalism is the up-and-coming, solution-oriented, nuanced, future-oriented form of reporting. While the term has been floating around scientific studies, media conferences and newsrooms for some time, this new “genre” is finally starting to grow out of its niche, also thanks to the pandemic and the current abundance of dismal headlines. An increasing number of editorial departments is purposely working differently: they are looking for solutions, instead of presenting problems; conveying inspiration instead of cynicism; showing courageous people taking control of their own lives instead of helpless victims. In so doing they are consciously countering the majority of negative, attention-grabbing stories. Studies show that consumers of media would prefer more constructive journalism over the constant flow of apocalyptic stories. A photo with a positive message: "Let's fight Corona together!" Working together and not against each other during the pandemic

The project is not only for classical TV reporters, but also for print journalists, photographers and documentary filmmakers like Gordwin Odhiambo from Kenya. The freelance photographer is one of the project’s fellows. “I have been trying for some time to show different aspects of my environment in my pictures; ideally by showing how the people who live here experience it,” he explains. And not how the media often show it, namely as a desolate place of poverty and violence. 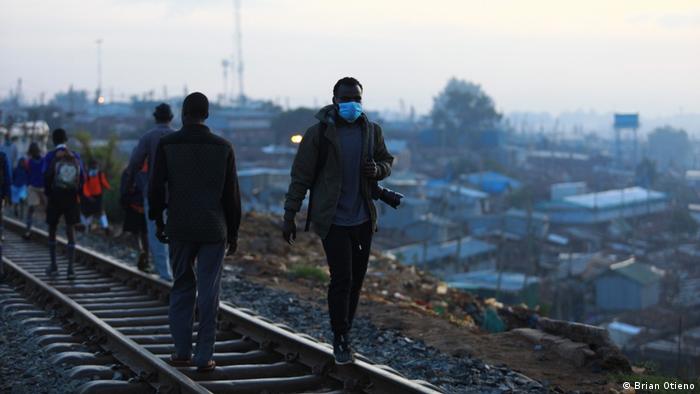 “I have been trying for some time to show different aspects of my environment in my pictures; ideally by showing how the people who live here experience it,” says photographer Gordwin Odhiambo (with camera and face mask)

Odhiambo is from Kibera, the largest slum in Kenya. “When I go out to take photographs, I try to be as open as humanly possible.” Just last year, while he was looking for motifs to show the effects of the pandemic in Kibera, he found a young girl who was taking her ballet class at home via smartphone during the lockdown. Stories about people who are not letting the crisis get them down are also part of life with the coronavirus in Kenya. They also make it clear that showing real life is about more than focusing on shock news.

Tracking down the truth

For Ulrik Haagerup, this kind of reporting means taking a stand for the “best obtainable version of the truth”. The Dane is the founder of the Constructive Institute (CI) in Aarhus, Denmark, which works closely with DW Akademie. The CI and the US-based Solutions Journalism Network are the two most important global think tanks for constructive journalism – and Haagerup is one of the thought leaders of the movement. He criticizes standardized, template-based journalism and editorial complacency. Journalists should offer as broad and informed a context as possible and encourage the public to think critically and talk to each other about topics. 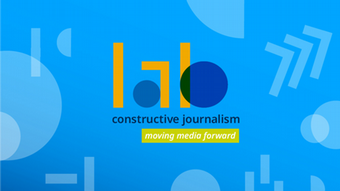 Dina Aboughazala also describes constructive journalism as a “growth mindset”, as a way of thinking that is geared towards development and change. This is the only way to show as many aspects of the truth as possible – negative, positive and, of course, constructive. Her conclusion: “We still need breaking news and investigative journalism, but apart from that we are in dire need of a lot more constructive journalism!”

This project is part of the global initiative "Transparency and media freedom – Crisis resilience in the pandemic" by DW Akademie and the German Federal Ministry for Economic Cooperation and Development (BMZ).