Fact-checking in Brazil. By Philipp Lichterbeck 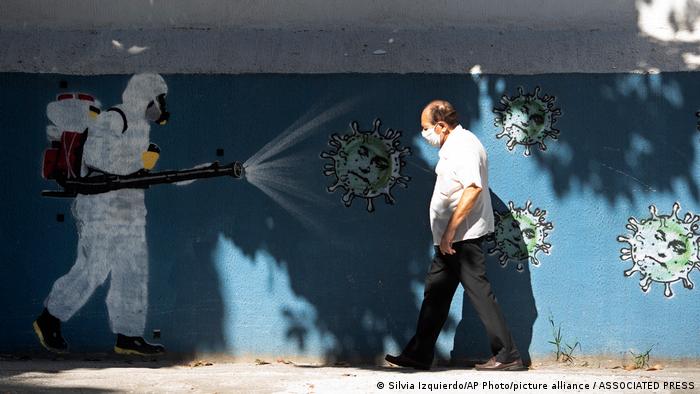 The photo shows an empty coffin and is said to have been taken during the coronavirus pandemic at the end of April in the Brazilian city of Manaus. Within a few hours, it spread via Brazil’s social networks and was shared around 12,000 times on Facebook alone. The message behind it: empty coffins are being buried in order to exaggerate the corona crisis.

In particular, supporters of Brazil’s President Jair Bolsonaro ensured the photo's continued spread. Member of Parliament Carla Zambelli repeated the accusation on the radio. But it was classic fake news. The photo was actually taken in 2017 in São Paulo, as the three major Brazilian fact-checking platforms quickly proved.

One of them is Comprova, an association of journalists from two dozen of the country's largest newspapers, magazines, TV and radio stations. Comprova was founded before the 2018 elections on the initiative of First Draft, a non-profit organization that was created at Harvard University. Its goal: to provide journalists around the world with guidelines for tracking down fake news.

The idea behind Comprova is simple. At least two journalists from two different media sources check questionable information on the internet for its truthfulness. The results are published on a website as well as in social networks and are free for further distribution. Each investigation is accompanied by a detailed explanation of the procedure and an explanation of the context.

With the coronavirus crisis, the distribution of fake news in Brazil increased by leaps and bounds. Whereas Comprova examined only 14 questionable reports in September 2019, in April 2020 there were almost twice as many. All were found to be false or misleading.

By 2015, Aos Fatos, a fact-checking platform run by a dozen young journalists, had already gone online. It is financed through grants, donations and partnerships with other media. This also includes a cooperation with Facebook within the framework of its third-party fact-checker program. Aos Fatos helps track down dubious stories on Facebook.

The third major Brazilian fact-checking platform, Agência Lupa, also participates in the program. It is the first news agency to specialize in fact-checking. It sells the results of its investigations to other media, for which it also takes on specific assignments. Like Aos Fatos, the agency belongs to the International Fact-Checking Network (IFCN), which has introduced strict standards for the investigation of information.

In the election year 2018, Agência Lupa checked 634 news items. The organization was able to show that only 30 of 110 statements made by the presidential candidate Jair Bolsonaro were true; 35 were untrue.

In recent years, some newspapers, TV channels and radio stations have also reacted to the increasing distribution of fake news. They introduced fact-checking sections, some in cooperation with the platforms described above.

Philipp Lichterbeck is a freelance journalist and reporter focusing on Brazil and Latin America.