Just like the professionals – How young people in the Western Balkans are shaping the future | Our impact – DW Akademie | DW | 13.03.2020 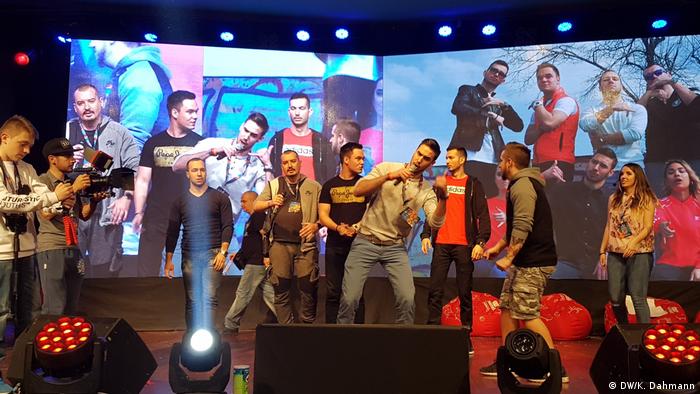 With hip-hop against hate speech on the net: the song "Klickbejt" went viral

With mobile phones and microphones in hand and tripods over their shoulders, six teenagers are mixing in with journalists at the press entrance to the BalkanTubeFest in Sarajevo. Anika, Filip, Milena, Balša, Sara, and Irena are bursting with excitement. This is their first experience as young reporters for the Montenegrin public radio station RTCG.

And they're off! They pass through the screaming fans, shake some hands, and take a selfie with "Baka Prase," currently the most popular YouTuber in the Balkans. Then it's time for a stand-up in front of the event logo before heading off to check the video footage and make sure the audio is up to review the video footage and check the audio levels – just like the pros.

But there is time for a quick question for the trainer: "Is my message coming through clearly?" This is the most important aspect of the exercise for 18-year-old Balša.

"Teenagers are tired of YouTube channels where the only thing that they do is curse," he said. "Our videos are interesting. We are new and innovative. It's just great!"

Six months ago, these teenagers started the YouTube channel "Hexatorm" as a youth portal for RTCG, Montenegro's public broadcaster, under the guidance of the broadcaster's network and trainers from DW Akademie. The name Hexatorm was coined by the young people themselves, combining the Greek prefix hexa--because they are a team of six—and the English word "storm" which underlies the project's dynamics.

For the young journalists, the YouTuber Festival in Sarajevo was one of several workshops that make up the project. The event offers them a venue where they can implement what they have learned over the past few months. The goal was to produce a YouTube video from an idea to the storyboard to the finished product.

"Hexatorm is a platform where we can express ourselves," said 17-year-old Milena. "It's great that RTCG provides us the necessary equipment for our ideas and ensures that we have experienced colleagues by our side to assist us." 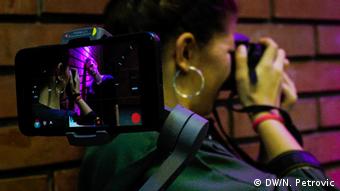 Young and innovative: young people in the Western Balkans are helping to shape the media future

So what does the Montenegrin public service broadcaster gain by supporting young YouTubers?

"Young people are increasingly turning away from the traditional media," said Vanja Šćekić, RTCG's deputy director-general. "We have to reach a young audience and this works best by involving young people themselves. This ensures that public broadcasting remains relevant."

This new youth-driven media project offers public broadcasters the chance to not only rejuvinate their offerings for young people but also allows for the production of creative digital formats that can be posted on YouTube, Instagram and other social media platforms.

"Hexatorm" is only one of 15 media projects for children and young people that DW Akademie supports in the western Balkans through consultations and trainings. More than 300 young people have participated in journalistic trainings of the various youth media ventures. In addition to Serbia, where most projects are located, others are ongoing in Bosnia-Herzegovina, North Macedonia, Kosovo, and Montenegro. These include animated educational videos for new schoolchildren, a seven-language youth magazine for ethnic minorities, and a news portal for millennials. 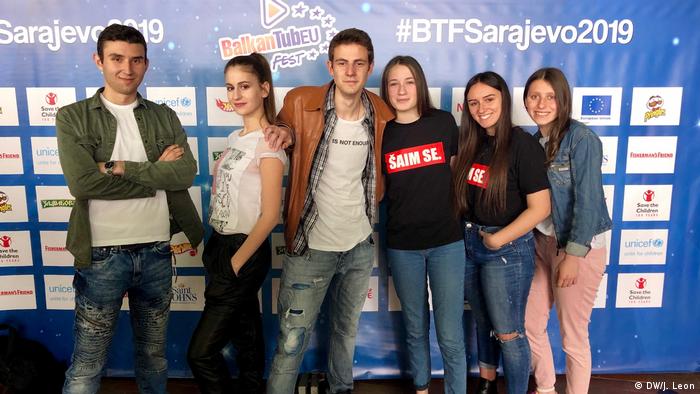 With the YouTube channel "Hexatorm", these teenagers are rejuvenating Montenegro's public broadcaster, RTCG

In order to build a long-term local knowledge base, the DW Akademie, together with the Serbian media associations Asocijacija medija and Lokal Pres, is building a network of local child and youth media advisors and a 30-member pool of trainers. Young people who are particularly talented are identified and offered further media trainings.

Among them are Jovana Jović and Vanja Joksimović, two high school students from the town of Niš in southern Serbia. The duo won over their peers from schools all around the city with the idea of a website for teenagers. They quickly assembled a 25-member team, organized workshops, designed an online survey, and programmed their site. Only a few months later, the for-teens, by-teens portal "Youth Vibes" was launched. What sets the project apart is that not only will teenagers write and edit the content themselves but that every article would allow teenagers to have their say. After winning a Serbian sponsorship competition,"Youth Vibes" is now expanding beyond Niš and is setting up editorial teams in neighboring cities.

Youth media for the future

When young people can talk about "their" issues, it quickly becomes clear that the first post-war generation—the Kosovo war ended 20 years ago—is different than their parents'. They are no longer captive to the traditional friend-enemy mindset. What counts for them is a good education and a job that will provide for them, two ambitions that are presently difficult to achieve in their home countries. This leads many young people to leave for western Europe after they complete their education, going where they see better prospects for the future. Four out of five young Serbs see their future abroad. About 30,000 people per year emigrate from Bosnia-Herzegovina. For young people in rural areas, educational opportunities and job prospects are significantly fewer than in the main cities.

"We noticed that there are no media for us teenagers, that's why we started ‘Youth Vibes,’" said 18-year-old Jovana. 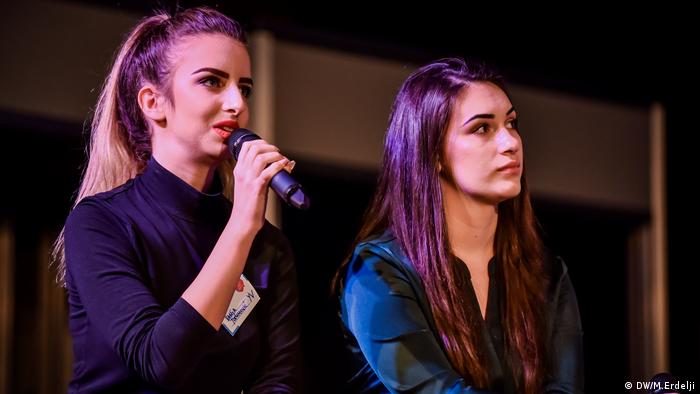 When she launched the youth portal, she was just 16. For her it was a major achievement. At the time, she did not have a career in mind but wanted to study biology. Now 18, Jovana wants to study politics and, like many of her generation, does not necessarily want to pursue a career in journalism. But participants understand that the skills they are learning through producing media content that clearly and objectively presents facts will help them in other professions.

"It is very important to involve young people in the discussion of values and how to communicate in society, because they are the ones shaping the immediate future of this region," said Gordana Jankovic, head of the OSCE Media Program.

In order to address the importance of ethical-moral rules on social networks, eight well-known producers created a hip-hop video as part of an anti-hate speech campaign. "Klikbejt" was viewed 50,000 times within just two hours of its release and after three weeks it already reached one million views. The topic of the hip hop song is the addiction to gaining as many clicks and likes on the social media—often at any price. The group also produced a number of accompanying clips explaining the campaign. The YouTubers performed the song live at the BalkanTubeFest 2018 in Sarajevo.

The chance to see the performance and meet these eight YouTubers was a highlight for the young "Hexatorm" reporters.

"Although we've only been on YouTube for a short time, people are already recognizing me on the street, asking for autographs and wanting to take a selfie with me," said 17-year-old Irana. "This shows that 'Hexatorm' is having an impact on our generation!"

Author: Klaus Dahmann studied Slavic Studies and has been working as a journalist and media trainer at Deutsche Welle for 20 years. He has been coordinating the work of the DW Akademie in Serbia and the Western Balkans since 2016. 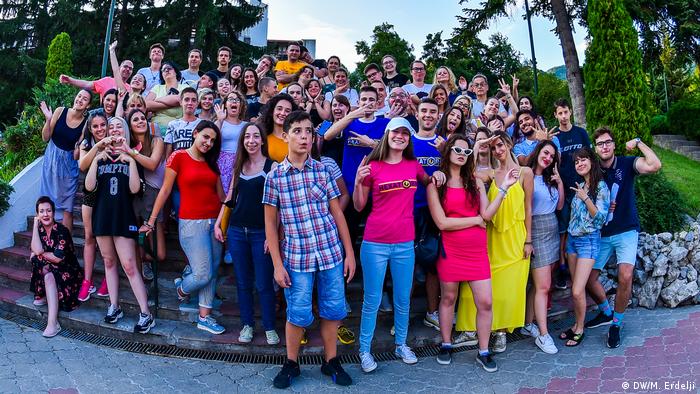 What have the media projects achieved?