Ukraine: Spotlight on the regions

Four regional stations of Ukraine's public broadcaster UA:PBC have come closer to their audiences. Their pilot TV program Spilno reports from the rural regions of this vast European country. 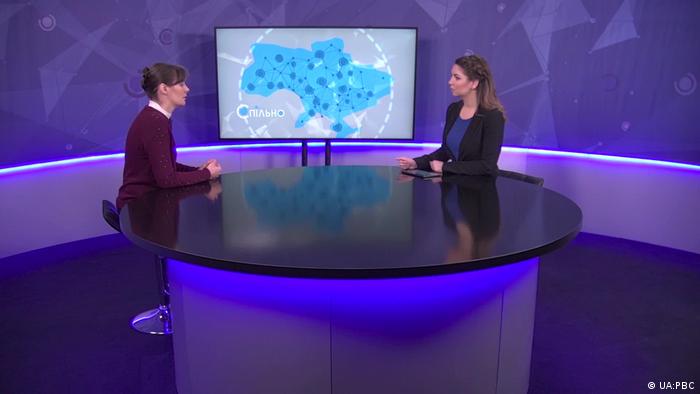 Katia, a little girl with curly blond hair, goes to a kindergarten in Pisochyn, a town in Ukraine's eastern Kharkiv region. She can sometimes be loud and although the other children don't always understand her they are all very patient.

Her mother had to fight for Katia to be accepted to the kindergarten and learn and play with the others. That was not a given because Katia has Down syndrome.

The little girl's path to the inclusive kindergarten is a success story. She is now developing faster and speaking more. The 15-member team that produces the TV pilot program Spilno (Ukrainian for "Together") wanted to tell her story because it is core to their program's approach – to report and make a difference together. 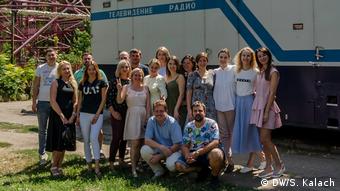 The Spilno team's motto: "Better together"

Finding the stories where they are: with the people

The team produced a total of 40 shows over the last year, reporting from throughout the country. With a spotlight on the regions, the major focus has been on the country's decentralization reforms that over the last five years have given more political and financial responsibilities to local authorities.

Spilno, for example, has looked at where new streets are being built, which schools are being merged, the regions' investment climate or medical care in rural areas.  Spilno's goal is to inform people in Ukraine's rural regions about the issues that concern them.

Geographically, Ukraine is Europe's second largest country and reporting from rural areas is a challenge. When a Spilno reporter and camera operator wanted to report from a remote village in the far west of Ukraine, for example, their GPS failed and left them in the middle of nowhere. After much trying they eventually did reach the village but it underlines how difficult it can be for places far from urban centers to receive airtime – and get the attention they need. 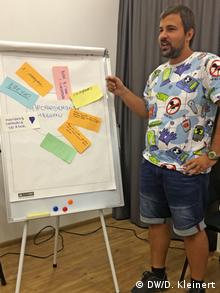 Getting together again one year later: Camera operator Maksym Shevchenko reports on the results

In September, the Spilno team met one more time in Odessa, the port city where it all began a year ago. "КРАЩЕ СПІЛЬНО"  ("Better together") was more than just the day's slogan – it also summed up the one-year pilot project itself. Viewers welcomed the program, the first of its kind co-produced by four regional stations and broadcast by Ukraine's head public broadcaster, UA:PBC.

DW Akademie supported the project, financed by the German development agency GIZ, with training for camera work and storytelling. Workshops looked at how to make a story exciting, find characters central to the narrative and how to put them in the right light. With audience analysis, it also looked at viewers' needs and expectations and at how the program was received.  Four discussion events in the regions brought viewers closer to the program and also raised awareness about the importance of regional public broadcasting.

Spilno will air until mid-September and has shown how much regional stations can achieve by working together; it has also strengthened their position in UA:PBC's programming. But more than anything, it is the regional broadcasters that tell stories from all over the country and as a result are close to their audience.

Stories like the one of Katia and the kindergarten. Spilno has raised awareness about inclusive educational initiatives and has helped reduce prejudices. Several parents of children without disabilities have since contacted the kindergarten, precisely because it has an inclusive approach.