The beauty of collaboration

Interview with Jane Okwera Angom on the Cross Border Network in Northern Uganda and South Sudan. By Antje Bauer 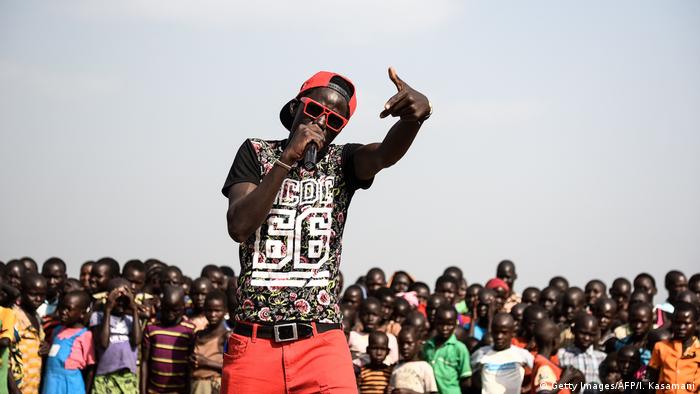 Jane Okwera Angom is a Ugandan journalist and station manager of the local radio station Speak FM. She is an advocate for the inclusion of gender and equality issues and coordinator for the Cross Border Network.

DW Akademie: What is the Cross Border Network?

Jane Okwera Angom: The Cross Border Network was formed in 2017 in Uganda, during a meeting of journalists from Uganda and South Sudan which was supported by DW Akademie. The network includes 22 media houses, 13 of which are from the Ugandan side and the others from the South Sudan side. The vision is to be a professional network that informs and empowers communities across borders for peaceful coexistence.

What are you doing concretely?

Journalists from different media houses write stories about what is happening with refugees and their predicaments. And then these stories are published on our website, but also shared with the different radio stations for rebroadcast and reuse. When we do such a story, we try to look how the issue of the refugees can best become an issue of interest to both sides. And we then try to find a way to encourage peaceful coexistence and stop conflict.

What does the focus on peaceful coexistence concretely mean for your reporting?

One time as a result of a football match, two youth began to fight. So for us, we simply reported and said, two youth from different communities were watching this match and they ended up fighting. But other media houses mentioned the tribes of each of the youth, and that kind of reporting escalates the conflict because you are actually highlighting the rift further and adding to it.

How important is language when reporting in a conflict situation?

We do have restrictions on what kind of words you can use and what you cannot use because we know certain words will promote conflict and others will not. Like when we are describing the communities, one of the things we are very critical about is to not attribute blame to a given community or one tribe over the other. When we write, we don't want to say that this tribe did this and so this tribe retaliated. So things like retaliation, singling out and attributing blame, we do not encourage.

Has the network had an impact on the journalists themselves? Are they for example meeting more or are they becoming friends — Ugandans and South Sudanese? Or is the connection purely professional?

What was new for you personally when the Cross Border Network came up? What surprised you?

What surprised me was the beauty that comes with collaboration. We can do a very good story without necessarily traveling a long distance to the settlements, because we have collaborated with another journalist who is part of the network and we produce a good piece.

And what are the reactions from the Ugandan side?

The impact has also been positive in the sense that in communities in Northern Uganda in West Nile region, specifically, as a result of repeated programming and content, advocating for peaceful coexistence, the community members found local solutions to the challenges and the pressures they were facing. For example, in some settlements, the refugees were given parts of the local land for them to be able to till to address the issue of food crisis. 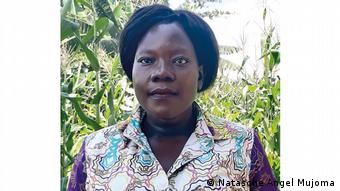 Jane Okwera Angom has a postgraduate diploma in human resource management and a bachelor’s degree in education from Makerere University. She works as a journalist, teacher, media trainer and consultant. She lives in in Gulu, Northern Uganda.