Takeaways from the global internet report

The Internet Society's latest Global Internet Report finds that while mobiles are helping millions of people get online, cost and lack of relevant content are still barriers to permitting internet access. 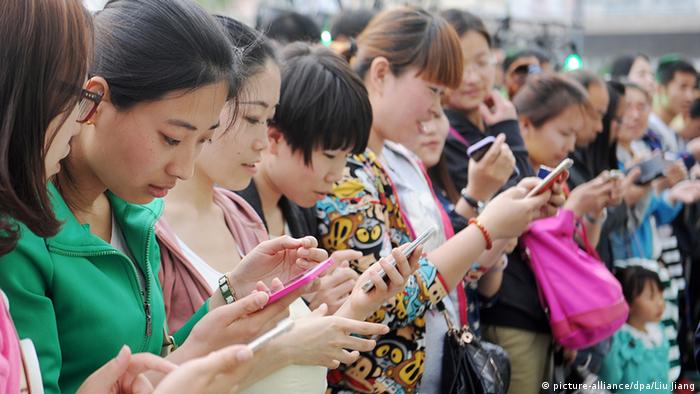 According the 2015 Global Internet Report, increased mobile phone penetration isn't just allowing hundreds of millions of people around the world access to the internet for the first time – users are also benefiting from features on mobile phones to use services such as mhealth (mobile health) and mobile banking.

However, even as a growing mobile ownership and network coverage increases people's potential to get online, other factors are still restricting their access to the internet. These range from the high cost of mobile internet to issues such as lack of content in local languages or lack of local content.

The Internet Society report also raises the issue of security and data privacy on the mobile internet, as well as concerns about potential platform dependence as people primarily access the internet through apps. While the report highlights the benefits of mobile internet, it also emphasizes that these benefits shouldn't be achieved at the expense of the fundamental principles of the open internet – global reach, integrity, inclusiveness, universality and openness.

Here's a cheat sheet to the report.

What is the mobile internet?

Mobile internet means accessing the internet using a smart device such as a tablet or a mobile phone. Although people can also access the internet on a basic feature phone, doing so on a smart phone allows users to combine internet use with functions such as a camera or GPS service for increased usability.

How important is the mobile internet in developing and emerging countries?

According to the report, worldwide access to the mobile internet is expected to explode from 48 percent in 2014 to 71 percent by 2019. In fact, the growth of the mobile internet in developing regions outpaces the growth in developed regions. The cost of mobile Internet subscriptions is falling, although there still more than a dozen countries where it exceeds the target of five percent of the average per capita set by the UN Broadband Commission. In two countries, the cost of mobile internet subscriptions is more than 100 percent of the average per capita income, putting it out of reach for many people. A slew of phone and internet firms have also started to produce budget smartphones; for example, Mozilla announced that it will be launching Firefox OS smartphones in India for 25 USD.


What are some of the concerns about the growth of the mobile internet?

Privacy is a big concern. As people use mobile phones for everything from mobile banking to communicating with a local health nurse, private information is becoming available on an unprecedented scale. For example, just by turning on the GPS location-service to use a navigation app, people reveal where they have been, where they are, and in some cases where they are going. Mobile internet users are often unaware that an app might sell their location information to third parties. In addition, the storage of personal and sensitive information such as contacts or photos on smart devices and SIM cards or in the cloud is also a security concern, since devices are easily subject to theaf and communication channels such as mobile, Wi-Fi or Bluetooth can be monitored.

Another challenge is the app economy itself. More one million apps are available but these are often only available through propriety app stores which control the openness of their platform to developers and limit switching and linking across apps for users. Developers are forced to customize their apps for every platform, which leads to additional costs. Once an app is approved by the app store, it is subject to rankings and featured lists, which makes visibility and competition for new apps especially hard. In addition, in some countries app stores aren't yet available, for example the Google Play Store for Android systems can only be reached in 144 of the world's 196 countries.

So what can we do about it?

In respect to privacy, the report suggests addressing the complexity of managing many apps by using an agency model. This means that an intermediary or trusted agent would access the user's general privacy preferences and implement these permission for each individual app. An ‘alert function’ could also warn the user when an app accesses the phone's location. In a recent study, one user's location was accessed by apps 5,398 times within two weeks. An agency model would make privacy management of apps open, less challenging for the users and would increase awareness how often apps try to access a users location, the report says.

Opportunities for small and innovative apps, as well as young developers could potentially be increased, by the introduction of an Open Web Platform that furthers non-proprietary open standards of the internet in the app economy. As a result, apps wouldn't need to be customized for each platform which would lower costs for developers and enhance competition and possibilities to develop low-cost solutions. Examples of such an Open Platform have already been developed, for example by the Financial Times or by Mozilla, which developed the Firefox OS platform.

Can the mobile internet help close the digital divide?

Global mobile phone coverage is rapidly approaching 100 percent – and currently, nearly half of the world's population have 3G coverage (3G is the technology that allows mobiles to connect to the internet). According to the report, mobile internet subscription costs are falling, which will make the mobile internet available to many more people than the 28 percent of the worldwide population who are using it now. The report says with mobile internet becoming readily available, the big barrier to access is relevance: App stores are not available in many countries and the majority of content is written in English. As a result, governments need to focus their efforts on enhancing the capacity of citizens and organizations to develop mobile-accessible websites which are hosted locally and offer relevant local content in local languages.

Although mobile phone ownership is booming, women in developing countries are still less likely to own a mobile. A new report highlights some strategies for connecting women. (18.05.2015)

Feature phone and smartphone battle it out in Africa

Mobile phone use has been skyrocketing in Africa - the number of handsets is set to reach a billion next year. Most people still use so-called feature phones but the rival smartphone is expected to catch up before long. (27.05.2015)