A 2018 study found that young people in Algeria, Morocco, Tunisia, Jordan, Lebanon and the Palestine Territories did not feel heard. A DW Akademie project in these regions is giving young people a voice. 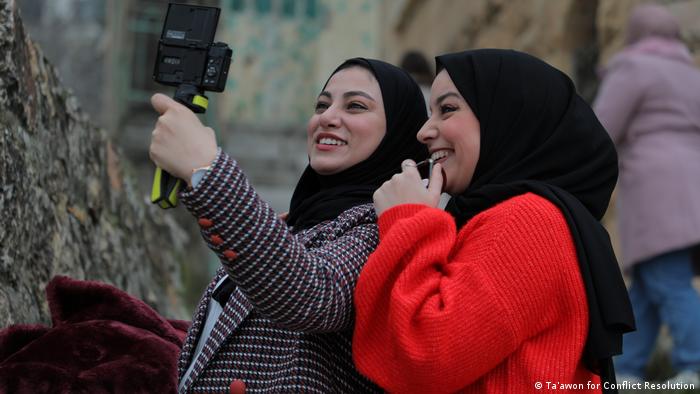 Media Training: Giving a voice to the youth

While representing a huge part of the population, young people and their concerns are often ignored by traditional and state broadcasters in the Middle East and Northern Africa (MENA). In return, young people turn their back on traditional media, such as radio or television.

A survey comissioned by DW Akademie and conducted in 2018 by the Arab World for Research and Development (AWRAD) found that in Algeria, Morocco, Tunisia, Jordan, Lebanon and the Palestinian Territories, youth deeply mistrusted their national broadcasters and believed there was a lack of freedom of expression on TV and radio, especially for young people. Even when they did turn to those traditional broadcasters, they found the programs unattractive.

This is where DW Akademie's EU-funded "Shabab Live" project comes into play: it supports traditional broadcasters in six MENA-countries in opening up to give a voice to young people and their concerns. Shabab Live helps young people to acquire more competencies in understanding and producing content, thus inspiring youth to speak up and encourage more pluralistic public debates.

Read more: Interactive and open to youth: What young people in the Middle East and North Africa expect from their broadcasters A 2018 study found young people thought there was a lack of freedom of expression in the traditional media.

Not having a voice in public debate — this is the MIL issue that unites all of the six participating countries in the MENA-region. In most cases, debates focus on talking about youth but rarely with youth: the feeling of being left out that many Arab youth face perpetuates itself in the media. In addition, due to a lack of media education, knowledge about the role of media in an open society and the ability to use media wisely remains low in countries like Tunisia and Jordan.

In total, 155 broadcasters and NGOs answered DW Akademie's call to create platforms for young people and get them involved the media. Twelve NGOs and six broadcasters were finally selected. They represent a wide range of creative approaches to achieve our goal.

Shabab Live kicked off with a three-day workshop with all 18 project partners, where the organizations presented and finalized their ideas. 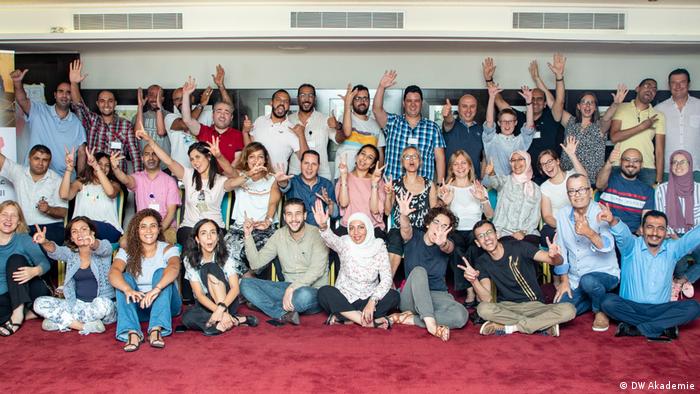 A group of 18 project partners have been selected to create opportunities in the media for young people.

In Jordan, AL-Balad Theatre is training 75 young people to produce multimedia content on local communities and the arts. They are going to be aired on local TV and on an internet platform.

Meanwhile, in Tunisia, the Sfax-based radio station Diwan FM is setting up a whistleblower platform where young people can upload all kinds of topics they want to discuss — and a staff of newly recruited and trained young journalists will produce a weekly radio show on those topics.

'Their voices are ignored'

Lebanon-based NGO the Dawaer Foundation will create an online platform and hold numerous public events in Lebanon. Young Lebanese people and refugees from the refugee camps will report on their communities and plan and realize media campaigns.

"We call our project 'Their Stories,'" said Lama Al-Awad from the Dawaer Foundation. "Their voices are ignored in Lebanon's media — and even in our society."

In Morocco, the popular TV station 2M and the NGO Forum des Alternatives will team up to create a new youth format to be aired both online and on TV.

"Young people used to be considered as a tool to arrive at a specific goal but never as subjects," said Hassan Benzala from Forum des Alternatives. "Our principal topics are economic, the unclear future of Moroccan students, unemployement that creates irregular migration [and] the difficulties many students face to even finish their studies," Benzala added.

New formats for radio station Voice of Lebanon have also been selected – Chady Maalouf thinks they will contribute to a real change: "Young people in the Arab world really want to express their opinions freely and they need to be able to exchange their ideas."

Rüdiger Maack is a trainer and consultant in the MENA region for DW Akademie.