Interactive and open to youth: What young people in the Middle East and North Africa expect from their broadcasters | Middle East/North Africa | DW | 26.06.2019

Interactive and open to youth: What young people in the Middle East and North Africa expect from their broadcasters

The study "Bridging the gap: Youth and Broadcasters in Arab Countries" explores how young people in the region see their broadcasters. Although often disappointed, participants had ideas on how programs could improve. 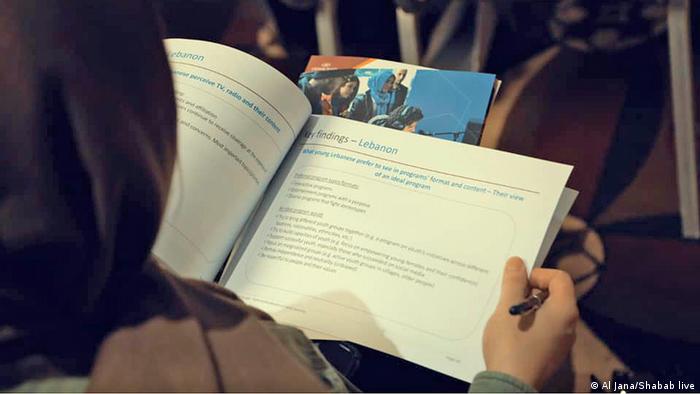 The study "Bridging the gap – Youth and broadcasters in Arab countries" has been published in English and will soon be available in French and Arabic, as well

Young people in the Middle East and North Africa (MENA) are turning away from traditional broadcasters, but the reasons for this are often unclear or ignored. In response, DW Akademie commissioned a study to find out why youth in the MENA region are losing interest in existing TV and radio programs, as well as their ideas on ways to improve them.

Broadcasters in the region often have rigid structures and give little room for young people to discuss their priorities or find educational or information programs reflecting their needs and concerns. 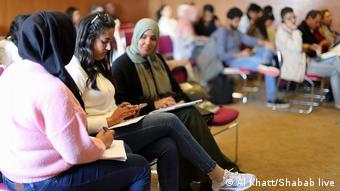 As a result, young users' ratings are correspondingly low. While this is not limited to the countries included in the survey – Morocco, Algeria, Tunisia, Lebanon and Jordan, as well as the Palestinian Territories – it is of critical concern for the MENA region where societies are now younger than ever.

How to make traditional media more relevant to young people

How, then, can Arab broadcasters survive or grow if they neglect the interests of almost a third of the population? More than 300 youth between the ages of 15 and 30, were surveyed for the study. While almost all said social media was their preferred platform, they also followed broadcasters' content via TV, radio, or online but felt the content lacked credibility or issues important to young people. 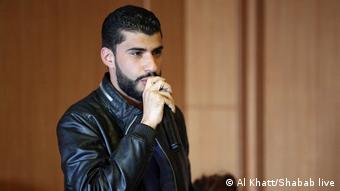 A participant of the kickoff event and study presentation in Tunis

Asked what they thought about broadcasters, a respondent from Morocco said, "They play a role in making youth stupid (…) they focus on music and sports." Others said they felt there was no place for them on TV or radio channels.

"They know we will criticize them or say opinions they don't agree with, so they don't ask," said a respondent from Tunisia. However, the participants had many ideas on how to make "traditional" media more relevant to young people, and how to put their topics at the center of public debate.

"I want to understand how to be politically active."

Participants in all countries said they would like to see more reports on entrepreneurship, and on how they could participate in politics and get engaged in civil society. They would also like to see reports on health and sexual education.

A priority was that the programs be hands-on and solution-oriented, said a participant from Jordan. Broadcasters, he said, put out "messages to encourage political participation, joining political parties, voting, and so on.  All that is good, but I don’t know anything about the political parties. I want to understand how to be politically active. They don't give us any useful details, it's just like advertising." 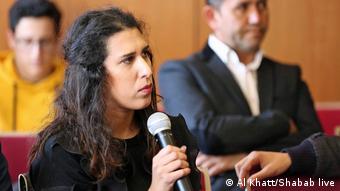 A participant of the kickoff event and study presentation in Tunis

The full study "Bridging the gap: Youth and Broadcasters in Arab Countries" is currently available in English and will soon be available in French and Arabic.

The survey was conducted for Shabab Live by the Arab World for Research and Development (AWRAD). Shabab Live is a three-year DW Akademie project together with two non-governmental organizations in Tunisia and Lebanon. It aims to support young people in developing media skills and getting their message across to the public. The project is funded by the European Union and the German Federal Foreign Office.