Violations of the press code are common in Serbia, especially when it comes to tabloid media. However, the country's press council is promoting ethical and journalistic standards with support from DW Akademie. 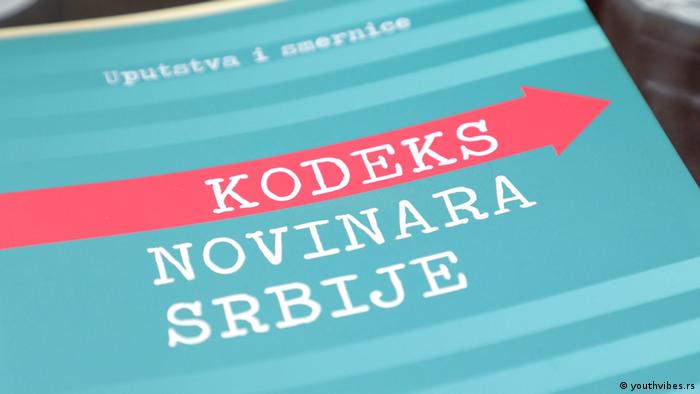 A 13 year-old boy was found at school holding a knife. He apparently wanted to commit suicide, and told the police that his father had sexually abused him several times. The police arrested the man and put him in custody.

The tabloid press pounced on the story. A reporter coaxed the young boy into describing how and where his father had abused him. His mother was shocked, saying she had not noticed anything unusual.

The paper revealed the family members' initials. In no time at all, everyone in this southern Serbian town of 20,000 residents knew who had been involved.

Numerous violations of the press code

Although there was no solid evidence that the crime had been committed, Serbia's press council ruled that the tabloid paper had breached the press code on several counts: it had been easy for people to identify those involved, the council said, and the family members' right to privacy had been violated. The council also concluded that the tabloid had taken advantage of the boy's situation to launch a sensational story, and that the detailed descriptions had violated a ban on child pornography.

It is rare that the council's complaints commission rules on a case like this. In fact, only a fraction of violations of the Serbia's press code are reported at all. Although 100 complaints were filed last year, the press council monitored eight national newspapers over a six-month period in 2017 and found there had been more than 4,500 breaches. 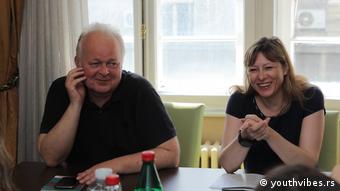 Breaches are a severe problem in Serbia. "Many of the media outlets, especially the tabloids, ignore ethical or professional standards," points out Gordana Novakovíc, General Secretary of the press council. "Some of the media owners refuse to let anyone take a closer look at their reporting," she says.

The press council was established in 2010 but great opposition to media self-regulation remains. Although the press council is supported by the Journalists' Association of Serbia (UNS), the Independent Journalists' Association of Serbia (NUNS) and the Serbian media associations Asocijacija medija and LokalPress, staffing and financing are shaky, and work has been cut back. Basic financing, however, is expected to resume in 2019.

Seal of approval and high-quality journalism

DW Akademie has been supporting the Serbian press council since August 2018. Klaus Dahmann, DW Akademie's country manager for Serbia and the Western Balkans, says the project is about more than ensuring the council continues its work until the end of this year.

"The idea is to establish ethical and professional standards as a type of seal of approval, in the sense that a newspaper or news portal that complies with the press code is considered a high quality media outlet," he explains. "This," he says, "will definitely be of interest to customers." 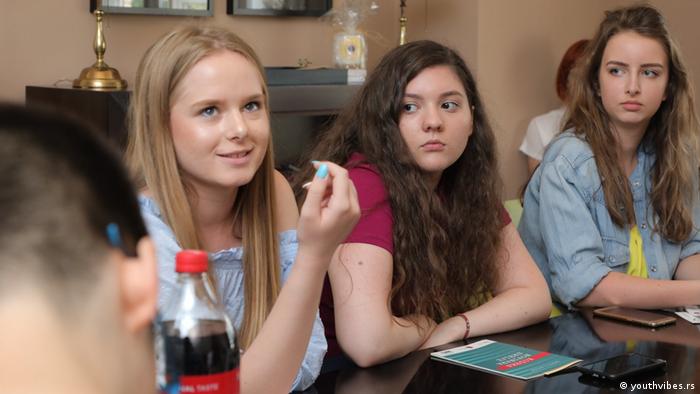 A DW Akademie workshop for school children, showing them how to file a complaint with the press council

One of the project's focuses is to discuss the serious problem with media managers; another is to sensitize the public. Workshops are being planned for school children, university students and members of non-governmental organizations, with an aim to make them more aware of when the press code is being violated, and how to file a complaint.

The case of the 13 year-old boy demonstrates that Serbia's tabloid media are not afraid to publicly expose minors. "But our goal," says Novakovíc of Serbia's press council, "is to show that the media industry is prepared to protect the public from reckless media and unethical, unprofessional reporting."

In Serbia, DW Akademie gives children and young people the opportunity to be heard in the media. It helps the media reach young audiences, thereby repositioning themselves on the market. (12.06.2018)

New Vibes by teenagers and for teenagers in southern Serbia

Three modern websites that have the support of DW Akademie give young people in southern Serbia a voice. The "Youth Vibes" site went online in March. This is where teenagers write for teenagers. (29.03.2018)

How can the media reach children and teens in times of YouTube and Instagram? At the end of November, DW Akademie invited around 180 media and NGO representatives to Belgrade for a trip to digital wonderland. (12.12.2017)