Reporting on conflict in the Global South 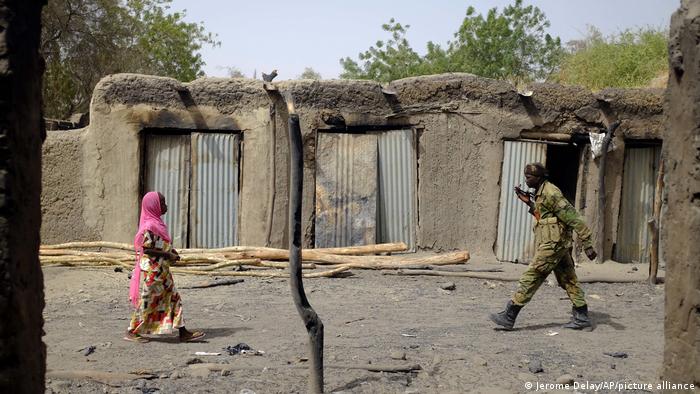 Witnesses unwanted: After an attack by Boko Haram militants, a Chadian soldier and a woman walk through a village at the shores of Lake Chad.

The difficulties journalists in the Global North have in reporting on conflicts in a balanced and responsible manner are luxury problems compared to those of their colleagues in the Global South. While helicopter journalists from the Global North sometimes lack background knowledge, media professionals in the Global South are often unable to report, even if they have the knowledge. They are threatened by the elites and armed organizations, they are subject to corruption and have to show consideration in all directions, and often they cannot rely on facts because there is a lack of money for research and reliable data. Journalists are often arrested, convicted, and sometimes end up paying for their work with their lives. 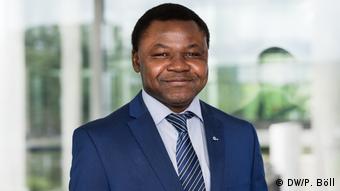 Éric Topona has experienced such conditions first-hand. The Chadian studied law and then worked in the 2000s as a journalist for the Chadian state broadcaster and in private media. He also wrote articles for the French radio station RFI, for BBC Africa and for Deutsche Welle. In 2011, he became chairman of the Union of Journalists of Chad, the largest association of journalists in the country. He did not report on political issues, but he was critical of the persecution of Chadian journalists and the local media landscape. The fact that his father played a prominent role in an opposition party probably contributed further to his becoming a target of the government. In May 2013, he was arrested and charged with conspiracy and attacking the constitutional order — charges that carry a life sentence. Due to massive pressure from organizations like Reporters Without Borders, the International Federation for Human Rights and especially from the international media houses he had worked for — including DW — he was released after three months. Soon after, he left his home country in a rather adventurous way, and has been living in Bonn ever since, where he works as an editor for DW and continues to deal journalistically with Chad, his home country.

DW Akademie: Éric, you come from Chad, a country which, according to Reporters without Borders in 2020, had a ranking of 123 out of 180 concerning press freedom. How is that reflected in the concrete working conditions of journalists there?

Éric Topona Mocnga: First of all, censorship. Journalists who work for public media cannot quote people who are critical of the government.

Is that official or unofficial?

It has become official. A short time ago, the director of state TV broadcast a press conference of the opposition parties which the Ministry for Communication did not like, and they dismissed him. There is also self-censorship. The journalists of the public media do not do their job well in order to please their bosses and have better jobs later. The private media are more independent. They cover both the critical voices and the other side.

Besides censorship, what are the main challenges for journalists who want to do their job professionally?

Many journalists in the public as well as in the private sector confuse journalism with political activism. When a journalist in the public media is a member of the ruling party, you will feel this in his way of reporting. He does promotion for them. On the other side, when a private radio station is for example financed by NGOs for human rights, some journalists confuse their work with the human rights associations, and you will notice this as well in the way they report.

Especially in the Global South, people often establish media in pursuit of their own personal interest. Is this true for Chad as well?

Lately, a lot of so-called independent media have popped up which pretend to be independent radio stations or newspapers but in fact they’re out to settle a score. So, if two members of the same party have a problem or rivalry with each other, they use these media in order to smear the other in front of the public. When you own a newspaper, you are listened to more because you can tell your journalists, for example, to criticize President Déby or a certain minister, and immediately someone will come and negotiate with you to change your editorial line. There are people who became ministers thanks to their newspapers.

And what does this mean for the working conditions of journalists?

There is a phenomenon that is valid in most African countries, it is called gombo. Gombo is originally a sticky sauce. No matter where you are in Africa, a journalist doesn’t earn much. The minimum wage in Chad, for example, is about 65,000 CFA, or 100 to 110 euros. If a journalist earns, say, 150 euros and has a wife or two — we marry a lot in our country — he cannot live on his salary. When a journalist is going to do a report, you have to give him money, otherwise he won't do his job well. There is a saying in our country: Little gombo, little paper. Big gombo, big paper. Gombo is corruption. Journalists from both public and private media share this common sin of taking money when they report, and this is not only happening in Chad.

Which one of Chad’s multiple conflicts is the most complicated to cover?

Politically, journalists are under tremendous pressure. And then there is the question of how to cover the abuses of the security forces. An example: there is a law that penalizes the publication of information critical of the government’s actions in the fight against Boko Haram. As soon as a journalist tries to talk about blunders in this context, they immediately point to the law and say: beware, during this struggle no journalist should undermine the government’s efforts to put an end to the terrorists.

There is a very high illiteracy rate in Chad, especially among women — how do people get information?

Mainly through the radio, because of the local languages. Even within Chadian radio, there are about 10 languages — French, Chadian Arabic, literary Arabic, community languages. Private radio stations may not have the same means as the public media, but there are still three major local languages that allow everyone to follow.

Do people believe what they hear on the radio?

Radio is a magical medium. Whatever is said on the radio, people will believe it.

What role does social media play?

Social networks have become indispensable. It’s a small elite that dominates Facebook, it’s not representative of the whole population, but it’s an influential part. And news that can't be broadcasted on mainstream radio is sent by some people, even from the government, to activists or journalists abroad, and we publish it without fear and that forces the government to back down sometimes. So even if social networks are not used by the entire population, they have become an important means of pressure in Chad.

What means of checking information are used in Chad?

Many listen to international radio stations. In Chad, as in many other countries, the French radio station RFI is one of the most listened to media because it broadcasts 24 hours a day. Then the DW, the BBC, Voice of America …

But what about local news?

Media organizations all have local correspondents who relay the news. When something happens somewhere, local radio stations send their correspondent right away. And there are many human rights associations and they take the news from there. Recently, a sub-prefect killed a cow that accidentally came into the courtyard of his residence. He slaughtered it and the population revolted. Someone who was in that area and had access to the internet sent me the photo and the information. I published it on Facebook and there was an immediate outcry. Using the new technology and cheap Chinese phones, people are able to call, so even if a village is remote, the news is immediately relayed.