Latin America’s largest virtual newsroom and training center on migration coverage was created to build bridges between migrants seeking refuge and the society that receives them. 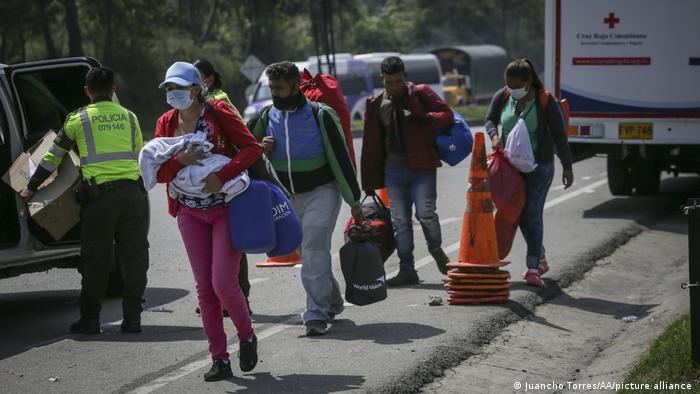 Latin America’s migration crisis is unprecedented. Thousands are fleeing their homes and searching for refuge in neighboring countries, hoping to find a better life or simply to survive. Venezuela’s economic and political crises have worsened migration in the region in recent years, according to a report by the Inter-American Development Bank. More than five million Venezuelans have migrated, joining an incalculable number of migrants from throughout Central America who are fleeing violence and lack of economic opportunity.

This has led to both a humanitarian and social crisis in host countries such as Colombia, Bolivia, Chile, Colombia, Ecuador, Peru and Mexico, requiring journalists to report professionally and truthfully so as to promote peaceful coexistence. The third edition of the Puentes de Comunicación virtual newsroom project, launched by DW Akademie together with the Venezuelan digital media outlet Efecto Cocuyo and the Salvadoran media outlet El Faro, is being organized to support media professionals to better report on migrant stories and to go beyond the numbers to tell the stories of the migrants themselves.

Puentes de Comunicación III bridges two shores of regional migration: Venezuelan and Central American. The project’s objective is greater empathy toward the problems faced by migrants and to seek solutions. With the aim of building bridges between migrants and the citizens who receive them, a large virtual training and editorial room will be set up by the end of July to cover migration. It will be the largest such newsroom in Latin America.

Sixty journalists, mostly from receiving countries or journalists who have had to migrate from Central America or Venezuela, will learn from expert editors how to conduct in-depth investigative journalism and how to provide accurate data using innovative tools.

"From journalism, we come together to meet and tell stories," said Ginna Morelo, editorial coordinator of Puentes de Comunicación III.

"We are a group of editors who want to accompany Latin American colleagues through coverage of migration. We are defined by the word 'itinerant,' we are on the move. Luz Mely Reyes and Laura Weffer in the United States; Óscar Martínez in El Salvador; David González in Argentina; Freya León in Chile; Ibis León and Édgar López in Venezuela and I myself in Colombia are doing what inspires us: good journalism with good colleagues from the region." 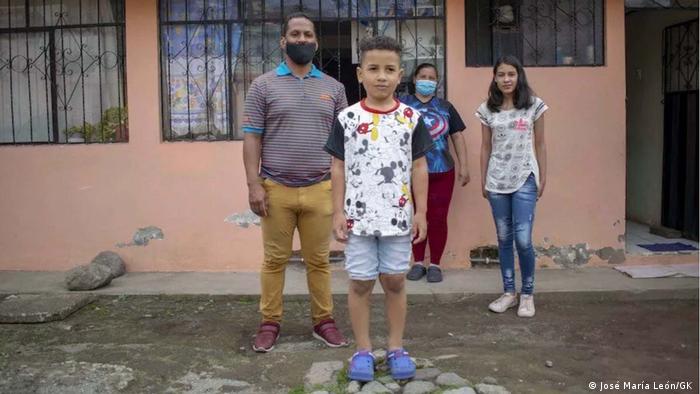 Entire families in Latin America are fleeing their homes in search of safety, economic opportunity and a better future for their children

The media play a decisive role in society's perception of migrants. Migration coverage often lacks depth and empathy, or such approaches are sacrificed for the sake of sensationalism. Some media go even further, opposing migrants, referring to them as "criminals," "beggars," or "job-stealers."

These messages stigmatize migrants and can lead to conflict, all of which hinders integration. In its two previous editions, Puentes de Comunicación strengthened regional media and contributed to constructive migration coverage.

"With my report, we have been able to make visible the difficulties faced by LGBTQ+ migrants living in the country with HIV, talking about a topic that the media does not cover," said Ana Cristina Basantes, a journalist at Ecuador’s media outlet GK.city who was awarded a Puentes de Comunicación research grant in 2021. This provided her the opportunity to do another report, this time describing the difficulties of migrant children.

"After publishing the article," she said, "several people wrote to me [wanting] to help the children. Today, they have a computer tablet and school supplies." 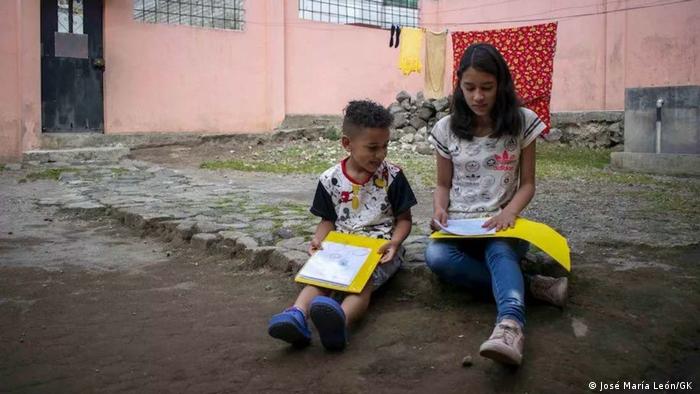 A legacy with a future

The first two editions of Puentes de Comunicación allowed for more than 100 Latin American professionals to be trained in investigative journalism and in the use of digital tools to report on migration from a human rights perspective.

"We have a generation of journalists trained and committed to an issue that increasingly requires more attention from the media to eliminate stereotypes, achieve social sensitivity and promote public policies that serve to improve the conditions of people who are migrating," said Ligia Bolivar, a teacher with the program and a Venezuelan migrant in Colombia.

The program's content, as well as a glossary of essential terms to help journalists report on migration with quality and precision, has been developed in an unprecedented guide: "Puentes de Comunicación: cómo cubrir la migración y el refugio venezolanos" ("Communication Bridges: How to cover Venezuelan migration and refugees").

Now, the third edition of Puentes de Comunicación builds upon that legacy. In the words of Fabiana Ortega, a Venezuelan journalist in Bogota, Colombia, and a project collaborator: "We are committed to continue telling the story of Venezuelan migration with a fair discourse, focused on human rights and being more empathetic. Telling stories of the drama, but also of their dreams and aspirations, [and] explaining what migrants can contribute to the receiving country."

Working with the Ríos Voladores alliance, DW Akademie and its local partners reacted to the pandemic by developing initiatives to provide quality information and increase the visibility of vulnerable communities.

A lot of theater on the radio: How a radio novela helps against Corona