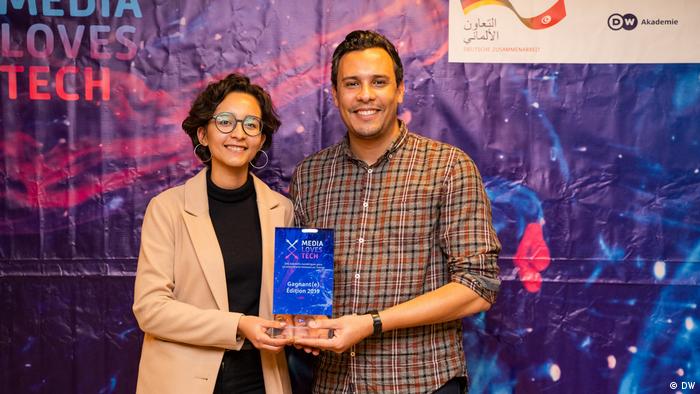 "This project could be a game changer," said jury member Malek Khadraoui praising the winners of the first prize. The team had developed Taswira, a digital stock photo community for the Arab world enabling photojournalists to upload their pictures and market them via the platform.

Khadraoui, founder of the NGO Al Khatt and its investigative magazine Inkyfada, is confident that Taswira will have a positive effect on copyrights both in Tunisia and elsewhere in the region. It could also help "photojournalists access new income sources and support the profession over the long term," he said.

The award, equivalent to 10,000 euros, will put Taswira on the market within the next six months, promised co-founder Dhafer Hassine. 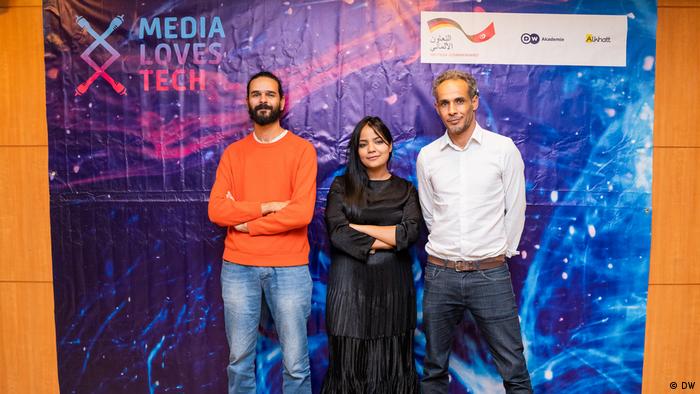 90 youm, an online magazine, won second prize. It focuses on user interaction and publishes a print version every 90 days with a goal to rejuvenate the old town of Tunis through storytelling and re-stage its cultural heritage.

"This team has enormous creative potential," said Vera Möller-Holtkamp, a jury member and DW Akademie Country Manager for Tunisia, applauding the winners. "With up-to-date content and new aesthetics 90 youm could refresh Tunisia's media landscape and set new standards," she said. The second prize is worth the equivalent of 3,300 euros. 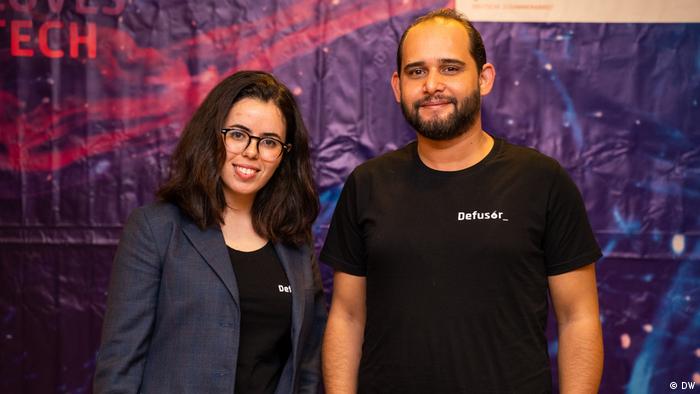 A computer-linguistic program that processes data could soon spot fake news and hate speech in the Arab world. Two developers from the Defusor team had spent months working on the project and convinced the jury. "I'm impressed by the project and the team's skills," said Amel Saidane at the award ceremony. She is president of the organization TunisianStartups and a tech entrepreneur herself, and recognizes the need for developments like these. "Facebook might also become a customer if Defusor can process large amounts of data linguistically and provide a tool for analyzing it," she said. 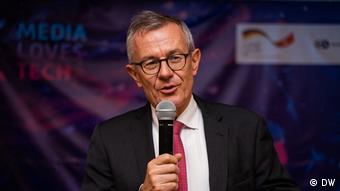 In his speech, the German Ambassador to Tunisia, Dr. Andreas Reinicke, stressed the importance of responsibly using technology in the media. He pointed to the important role that journalists play in Tunisia's democracy. The goal, he said, should be to have solid journalism skills and verification possibilities and not just admiration and more clicks.

In early September 2019 nine teams were selected from more than 50 Tunisian teams competing to qualify for the initiative's first round. The selected teams then went through a three-month incubation program that included a hackathon, online seminars and individual coaching. At the same time, the teams further developed their projects, turning ideas into prototypes and visions into concepts with business plans.

The Maghreb as a developing market for media start-ups

As of 2020 the incubation program is to become a regional one, with teams from Morocco and Algeria also being invited to submit project ideas. Expanding the network is an important aspect because with a population of some 11 million people, Tunisia offers a relatively small market; the media companies in all three countries also face similar economic challenges. Members of the joint DW Akademie and Al Khatt initiative are confident that MEDIA LOVES TECH will continue to support promising projects, maximizing teamwork and potential. 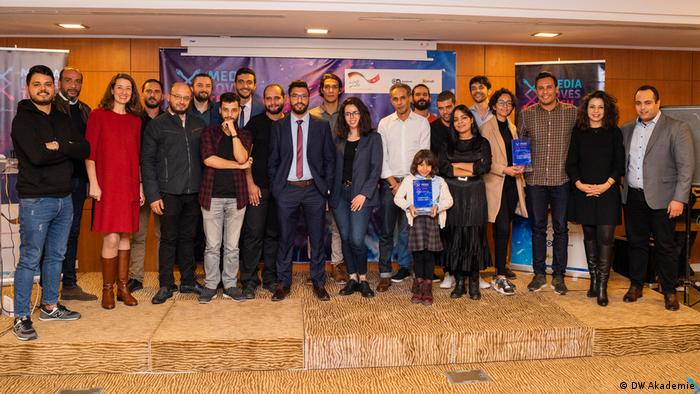 MEDIA LOVES TECH family: The network of journalists, techies and entrepreneurs is steadily growing and is to continue receiving support

The project is funded by The German Federal Ministry for Economic Cooperation and Development (BMZ).

And the winner is…DotMap! The 10,000 euro top prize for DW Akademie's MEDIA LOVES TECH competition in Tunisia went to developers of an interactive data visualization tool for journalists. (23.01.2019)

MEDIA LOVES TECH is an upcoming competition that brings together high-quality journalism with Tunisia's startup scene. (27.09.2018)