The internet gap between rich and poor, and cities and the countryside is well documented. But politically marginalized groups are also less connected, something media development also needs to take into account. 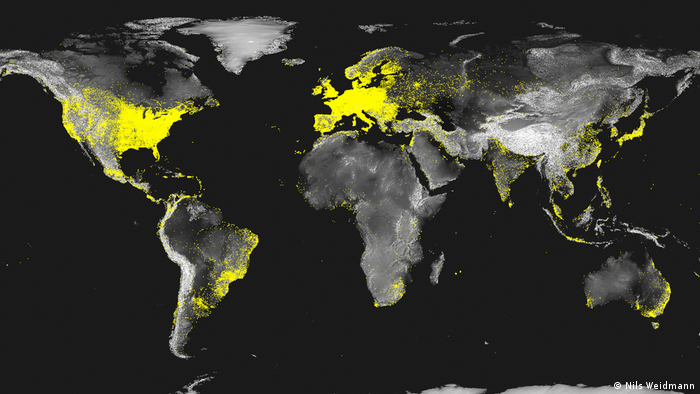 The internet is touted as a liberating technology with the potential to provide everyone with a voice and a free and open platform to find and share information. That's the theory anyway.

In practice, research has long shown that certain groups, such as older people, the poor or those living in remote locations are less likely to be online.

Now, a study recently published in the journal Science has found that ethnic and religious minorities who lack political power are also more likely to be excluded from the global internet. The study, entitled Digital discrimination: Political bias in Internet service provision across ethnic groups, gathered data for 500 groups in 118 countries, including in democracies and authoritarian regimes.

The researchers mapped internet access data and compared this to ethnic diversity maps to see which groups had better internet access. This information was then put together with data from the Ethnic Power Relations project, which maps the access of ethnic groups to state power in every countries of the world.

The study's lead author Nils Weidmann, a political scientist at the University of Konstanz in Germany, talks to #mediadev about the research.

#mediadev: The digital divide has already extensively analyzed. What is new about your research?

The digital divide is usually defined as the global divide in the expansion of technologies, or alternatively as a societal divide – where certain groups are more able to use these technologies in comparison to others. What we do in this study is rather than looking at individuals [micro level] or a global level [macro level], we take sort of a meso-level approach. This means we look at societal groups within a country and at different levels in access to power and to the internet among these different groups.

What were the main findings of your study?

That the allocation of internet services to societal groups seems to be strongly driven by politics. In our study, we subtracted out alternative explanations for internet coverage, such as urbanization or mountainous terrain or a group's socio-economic status. We found a political bias in the allocation of technologies to certain groups. This essentially means that groups favored by a government get more, or a higher level of, internet access in comparison to others.

Could there be explanations other than political bias though?

As I mentioned, we included a number of variables in our study. To give you one example – internet allocation could just be a reflection of a higher social status [as opposed to ethnic exclusion] so what we did was to statistically control for economic status and other factors. Therefore, we can say the correlation between low political status and low internet penetration is unlikely to be driven by anything else but discrimination.

What role do governments play in the process of internet allocation?

A very important one. Governments are often in charge of telecommunication policies and allocation decisions. They decide, for example, whether a new cable should be put in a particular province or another. Our suspicion is – but we cannot back this up yet with empirical data – that the bias in allocation is due to governments – that is, a government's decision to allocate internet services to one region at the expense of another, where the internet goes primarily to those population groups that they favor.

How can countries develop more inclusive policies for internet access?

In a non-democracy, the general population's means of participation are limited by definition. And, of course, you can't just vote out of office a government that doesn't provide enough services. One way of improving equal access for everyone could be by means of international aid. Sometimes, aid is directly related to the development of infrastructure, and this includes digital infrastructure. International donors should insist on an equal allocation of these technologies. 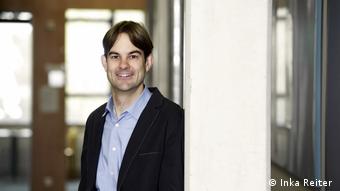 Nils Weidmann is Professor of Political Science and head of the "Communication, Networks and Contention" Research Group at the Department of Politics and Public Administration, University of Konstanz.

A selection of #mediadev articles looking at how digital rights, privacy and security are entwined and examining the line between national security concerns and the right to privacy. (26.07.2016)