Internet governance is one of those stodgy phrases that seem irrelevant to people's daily lives. But it has a big impact on issues like human rights, media freedom and development, making it important for everyone. 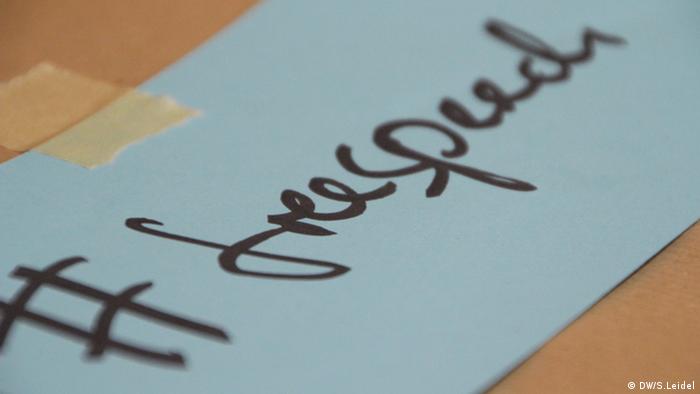 Changes to the way the Internet is currently governed could result in increasing curbs to online freedoms. This would have obvious repercussions for media outlets and also for media development. But in the end, Internet governance also affects other fundamental human rights, says Matthias Spielkamp, the editor of "Guidebook Internet Governance".

#mediadev: What does Internet governance have to do with media development?

Matthias Spielkamp: Internet governance directly relates to freedom of expression because almost all kinds of communications nowadays are mediated via the Internet. Even TV in many countries is now IPTV, meaning that the signal does not come via airwaves anymore but over the Internet. Therefore it is very important how the Internet is regulated or governed ... [and] to define what rights and what duties, for example, journalistic publications or the media or platforms like YouTube or Facebook have, and how they can define these duties and freedoms. Internet governance now means media governance to a very large extent. 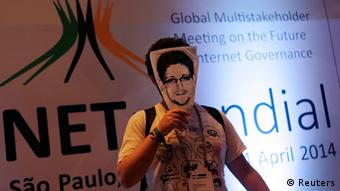 Could you give us an example?

If we look at the privacy/security issue, it has a direct effect on journalists. What about protection of sources? If I work as a journalist, I have to guarantee anonymity for my sources. Now, can I do that in a context where the government is surveilling me, and where we have data retention laws? This is something that concerns journalists. Then there are, for example, liability issues. Who is liable for a discussion that is going on on my website? And we are having a heated debate about the question of who is responsible for countering hate speech.

Apart from freedom of expression, how does Internet governance affect other fundamental rights?

Many different fundamental rights are concerned. We have the right to privacy, for example, which is affected by how the Internet is governed because companies decide about the storage of their customers' data. On the other hand, we also have a lot of governments that like to collect information and data about their citizens. Sometimes this is done in line with the law, sometimes it is done outside of the law as we have seen for example in the case of the NSA's surveillance in the US, as well as in many other surveillance programs around the world. Maybe [they're] not on the NSA's level but others are also doing it.

Then there is also freedom of assembly. People might say, "Freedom of assembly, what does that have to do with Internet governance?" but they forget that many people now assemble online, in groups, in forums or in discussion circles. Sometimes they even contribute to acts of protest online, for example, by having a demonstration on the Internet. 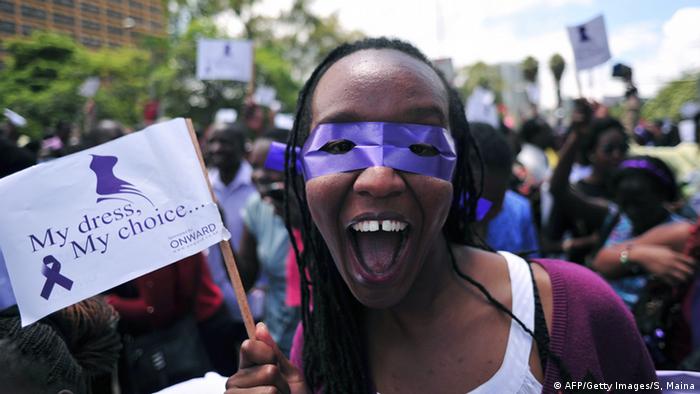 Freedom of assembly: people increasingly gather online before going out on the streets

There is a great divide between digital haves and have-nots…

Yes, in many countries, access is an issue. If you don't have access to the Internet, this impairs your freedom to access information. Access to the Internet effects directly questions of justice and fairness. If you can't participate in Internet communication because there is no affordable Internet access in your country, then you are not very well off nowadays because you can't participate in many discussions and also in many aspects of economic development.

What are currently the most important issues with regard to Internet governance?

This year, the global Internet Governance Forum's theme is "enabling inclusive and sustainable growth". Now this relates to a couple of important issues that are affected by Internet governance, such as how content is distributed. Here, the keyword is zero-rating or net neutrality. This is a very important aspect. An example: in some countries Facebook is offering so-called zero-rated services where people can use Facebook for free in that customers don't to have to pay for the data they use on their mobile phone unless they venture outside of Facebook This is a very contested issue. Facebook has made a very big deal out of it and they have experienced a big backlash in India, for example. 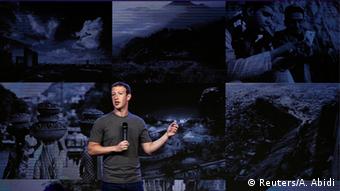 Another issue is cybersecurity. For example, terrorist groups like IS are using social media to try to recruit warriors and it's also being used for propaganda in the war between Russia and Ukraine. Some countries are using the need for security as an excuse to clamp down on the Internet, something that is being termed the securitization of the Internet. But the question is how to secure the Internet without sacrificing people's ability to express themselves freely and openly and without impairing their rights to privacy. This is an ongoing topic that we are talking about.

"Internet governance seems to be esoteric and a problem of the developed world." That's a quote from a contributor to the "Guidebook Internet Governance" published by DW Akademie, which you edited. It does seem as if the debate is somewhat skewed towards industrialized countries. How could a real global debate be fostered?

First of all, there is a great opportunity for countries from the Global South to have a say here. Because, in principle, this Internet governance process is open to everyone. Everyone can, for example, register for the global Internet Governance Forum (IGF). When sessions are put together, calls are put out, people can participate. Everyone can send in proposals to discuss certain topics at the Internet Governance Forum. In principle, it is a very open, participatory process. 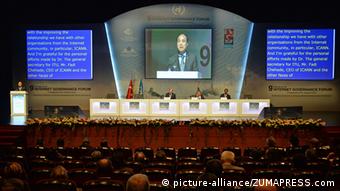 Unfortunately, the reality is that stakeholders from the northern hemisphere have greater opportunity and have more means to actually participate in this process. Even though it is open in principle, if you have to fly to Brazil or Mexico from, let's say Sri Lanka or Ghana to participate in that process, that is prohibitive for many people.

What do we have to do? We, meaning the industrialized countries in the northern hemisphere, have to offer more means for people from the Global South to really participate. That can be done by training or capacity building or by direct travel grants. It can also mean that people receive help to develop structures like regional or local Internet Governance Forums in their own countries. So there is a lot to do to make this entire process much more inclusive. One part is also providing reliable and useful information for people to understand Internet governance, which is what we are trying to do with our guidebook.

Looking at the IGF's motto, "enabling inclusive and sustainable growth", could you maybe elaborate a bit more on the importance of a free and open Internet for economic development?

A public sphere that enables discussion and participation is imperative for a strong and resilient democracy and for inclusive and sustainable growth. At the same time, the Internet as a marketplace and as an economic tool offers enormous opportunities. There are of course also dangers but chances are certainly there. Trade platforms for spare parts, for example, can have a big impact in developing countries because the gain in time and money can be considerable if you take into account how difficult it is often to organize markets in an offline world with inefficient infrastructure. We have many examples like that: from mobile payment to information exchange. All this can be part of a path that leads to sustainable growth. 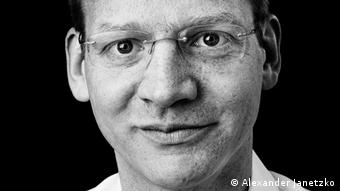 Matthias Spielkamp is co-founder and publisher of the platform iRights.info. He is also a board member of the German section of Reporters Without Borders and responsible for the organization's policies regarding information freedom on the Internet.


This interview has been edited for brevity and clarity.

A new ranking of major technology companies has given them low marks for protecting the privacy and freedom of expression of their users. #mediadev talks to the project's director, Rebecca MacKinnon, about the results. (12.11.2015)

Zero rating: Why are people using a half-baked Internet?

Zero-rated Internet is worrying net neutrality and free competition advocates alike. But among all this hand wringing, people are forgetting to find alternatives to connecting the world's poor, says Helani Galpaya. (02.12.2015)

How the Internet is governed in the future will shape global communications, development and human rights. The Internet governance guidebook is written for, and by, stakeholders in the Global South.