Philemon Emongonyang wasn't going to give up. The radio journalist had spent a week trying to access Kisumu County's budget proposal. His case demonstrates how hard it is to report on governance in Kenya. 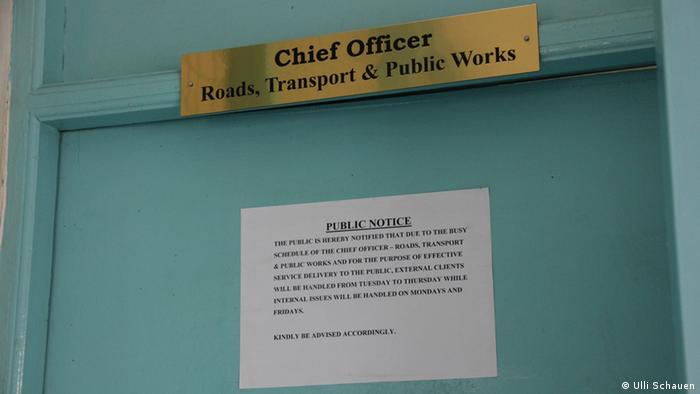 Philemon Emongonyang had already paid 30 euros in advance for printing fees, but it wasn't just the considerable expense that annoyed him. The 43-year-old radio presenter from Kenya's state broadcaster, KBC, had already spent a week battling officialdom in Kenya's Kisumu County in an attempt to access documents about the county's proposed annual budget.

Public officials had promised Emongonyang the documents upon payment of the 30 euro contribution towards printing costs. Emongonyang needed these documents for a radio report on how state contracts are awarded. But when, after a series of visits to the administrative authorities, he finally went to pick up the documents, he once again left empty handed.

Access to information is guaranteed under Article 35 of the Kenyan constitution. Theoretically, that is. In reality, many working in Kenya's official administration aren't interested in sharing information with the public. Nepotism, a lack of transparency about the allocation of government contracts and bribery are the norm in Kenya. In a 2015 study about Kenya's economic activities, the World Bank warned that corruption was preventing the country from realizing its huge economic potential.

Yet things seem to be improving. On December 9, 2003, Kenya became the first country to sign and ratify the United Nations Convention against Corruption (UNCAC), which provides a global framework to battle corruption. In 2016, the UNCAC carried out its second compliance review workshop in Kenya. In a country report, the UN convention praised Kenya for having adopted truly exemplary anti-corruption laws over the past years. However, there still seems to be a problem with implementation, as Emongonyang's own experience shows. 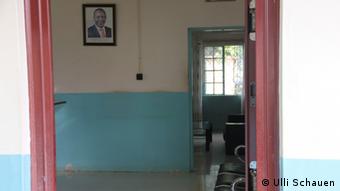 "There's a certain bigotry in Kenya where the subject of corruption is concerned," says Ulli Schauen, a DW Akademie journalist and trainer in Kenya. "Everybody's against corruption, but as soon as a family member gets a good position with the government, it's expected that the earnings involve more than just the official salary." And yet Kenya has tremendous social and economic potential that could be realized if the state functioned more efficiently, and if less money were diverted into unofficial channels.

"That's Kenya" say many disheartened Kenyans as they helplessly contemplate the rampant corruption that seems impossible to root out. It's an impression reinforced by the media. While their reports do level accusations of corruption, they tend to focus on the resulting political squabbles rather than on the core issue, or on how to stop corruption from happening in the first place.

"The anti-corruption laws are very good, so what's needed is regular, detailed coverage of individual cases, and where executive authority works effectively," says Schauen. "Reports about government leadership, whether positive or negative, should become routine."

The hunt for the budget proposal

Emongonyang's hunt for the proposed budget documents began during a DW Akademie workshop held in early May 2016. The plan was for the nine participating radio reporters to analyze Kisumu County's budget proposal and use the information to create radio reports. 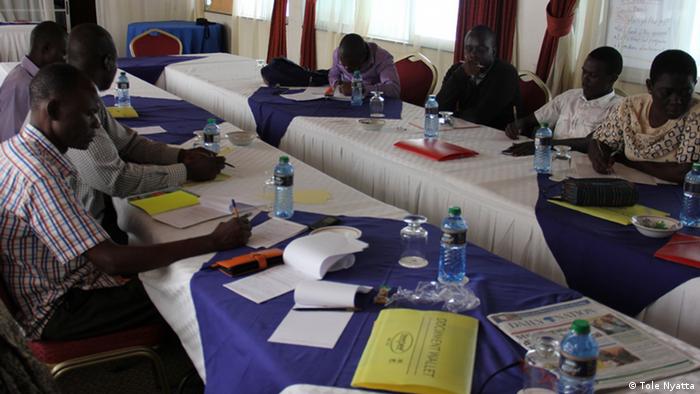 July 1 will mark the beginning of Kenya's new fiscal year; the official budget proposals were to have been publicly available as of April 30. Over a three day period, several workshop participants spent eight hours in various administrative offices trying to gain access to the new budget proposals. "We were so disappointed," says Emongonyang. "If we can't get hold of these documents as journalists, how can ordinary citizens find out how state funds are being used?"

"We're the eyes of the people"

In the end, Emongonyang did manage to locate one document. It revealed that in Kisumu County, a third of the budget for road construction was to be reallocated to the Ministry of Education, Youth, Culture and Social Services. Had all of the roads been built? Or could this have something to do with political manoeuvring in the run-up to the 2017 elections? The document also showed that the increased budget allocation concealed programs that would allow individual politicians to portray themselves as benefactors.

This document alone gave rise to many questions that were integrated into the workshop radio reports on good governance. For Emongonyang, however, that one document wasn't enough. He went back to the county administration and asked to see the entire budget as well as the annual development plans. On Thursday, May 12, a full week after the workshop had ended, he finally received some of the requested material.

He now wants to do a radio report about the awarding of government contracts to certain enterprises. The next step will be to carry out the whole procedure again, this time in Busia County - his own county. "We'll see if it'll be just as tough dealing with officials there," says Emongonyang. "But that's our job. As journalists, we're the eyes of the people."

Many women journalists and bloggers in Uganda and Kenya report experiencing harassment on the Internet. Sexist comments, stalking or leaked photos can cause problems for female media professionals, both on and offline. (12.04.2016)

Binational training teams are achieving significant results in journalism trainings all over the world. DW Akademie has several intercultural duos at work, and Tole Nyatta and Ulli Schauen are among the most experienced. (22.03.2016)