Many women journalists and bloggers in Uganda and Kenya report experiencing harassment on the Internet. Sexist comments, stalking or leaked photos can cause problems for female media professionals, both on and offline. 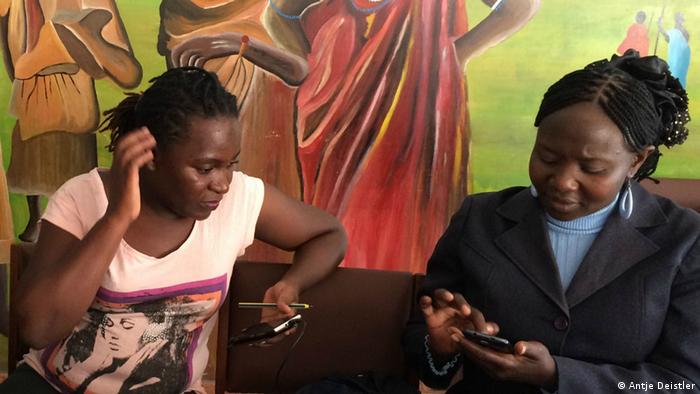 What is the best way for female journalists and bloggers to tackle digital harassment?

In December 2015, nude photos of the Ugandan TV presenter Kleith Kyatuhaire were leaked and made the rounds on social media. What was particularly shocking wasn't just the fact that the photos had found their way onto the Internet, but also how people reacted. Online, Kyatuhaire was the subject of a deluge of abusive comments. For quite a time afterwards, Kyatuhaire withdrew from public life and from her social media profiles. Her case is not unique. In 2015 her colleague Antia Fabiola was fired by the TV station because nude photos of her had also been leaked.

Since the media have started publishing more and more of their content online, media professionals have been confronted with a whole new kind of public forum where readers and listeners can comment immediately on reports and information. This has also opened the door to offensive remarks and smear campaigns, which are on the increase. Women media professionals in particular are the targets of digital harassment such as hacker attacks, leaking of private information, eavesdropping on telephone calls or chat messages, stalking, hate speech on Facebook or insulting Twitter hashtags. Women journalists and bloggers around the world are not just attacked because of their journalistic work, but often because of their gender. 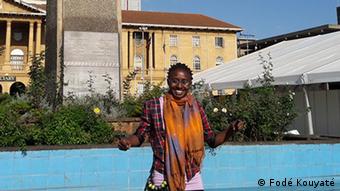 Journalist and blogger Lindsey Kukunda was a victim of digital harassment

Ugandan journalist and blogger Lindsey Kukunda says that in Uganda, it's a mentality problem: "Basically, women are respected less than men and they don't have the same social support. These differences are nothing new, but now social media is making it a whole lot easier to insult women." Kukunda herself has repeatedly been the target of abusive e-mails and Facebook posts in reaction to her blogs. The online attacks on women can also have an impact on their reputation offline. The word often is that women have only themselves to blame. "All the victims of digital harassment, including the TV presenter Kyatuhaire, ended up apologizing," says Kukunda, "instead of defending themselves and fighting for their rights."

Recently, Kukunda joined the mentoring network for digital security set up at the end of 2014 by the Ugandan Hub for Investigative Media together with DW Akademie. Kukunda is a digital harassment contact person and she'll also be giving seminars on how to optimize digital security. At the end of 2015 she took part in a DW Akademie workshop in Nairobi on digital security for women journalists. The participating journalists were all from Uganda and Kenya and had the opportunity to exchange regional perspectives and learn from one another. "In contrast to Uganda, women in Kenya are very self-confident," says Kukunda with delight. "They know their rights and talk openly about digital harassment."

It is this openness among Kenya's women media professionals that makes it possible to properly record the extent of digital harassment. In 2015, the Association of Media Women in Kenya (AMWIK) and the human rights organization Article 19 with support from DW Akademie, produced a report based on a survey of women journalists' digital security. 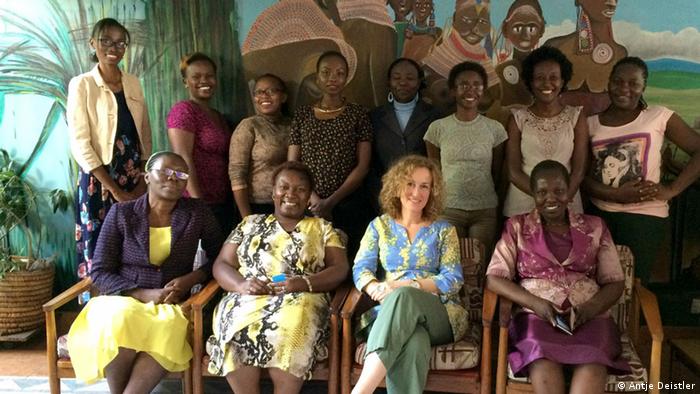 In Kenya, social media are particularly popular with women media professionals who use the platforms to communicate with listeners or readers, solicit input and information and support particular points of view. 75 percent of the women journalists surveyed had experienced some form of digital harassment. A majority of the cases involved Facebook, followed by WhatsApp and then blogs, and most of the attacks were two-pronged. On the one hand the remarks on stories by women journalists criticized the actual content of the reports or blogs. On the other - and this was where they differed from comments directed at male journalists - the remarks quickly became sexist. When journalist Caroline Mutoko criticized the Kenyan president Uhuru Kenyatta in her weekly column for the daily "Star" newspaper, blogger Robert Alai reacted directly and unabashedly. First, he accused Mutoko of being subjective and unrealistic. Then he went on to allege that she'd stolen a baby from the hospital because she herself couldn't conceive - all of this on Facebook. 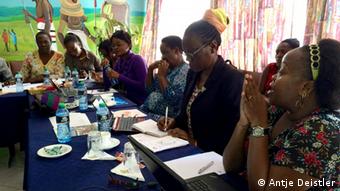 Caroline Mutoko defended herself against the blogger's defamatory remarks and garnered positive feedback in the Kenyan media. She was one of two women journalists who allowed her social media profile to be analyzed for abusive comments for the report on digital security. However, Mutoko's openness on the issue is not shared by the majority of women journalists and bloggers. Almost half of those surveyed didn't take action when they were digitally harassed. Many, when subjected to such humiliating attacks, reacted by withdrawing from the Internet and taking a hiatus from work or changing their online activities in order to avoid being targeted in future. Barely ten percent reported the incidents to their employers, and 70 percent of those surveyed didn't believe that their employers were doing enough to protect them.

Danger to freedom of expression

That is also a problem in Uganda, says Kukunda. Women battling digital harassment generally have to fight it out alone. It can take a lot of strength and time away from their journalistic work. Kukunda's advice to her women colleagues is that they should take proper protective measures right from the start: "I tell the women to protect their mobile phones with a password and encrypt their communications." Beyond that, it's very important that women in Uganda stand up and defend themselves, discuss the incidents openly and demand their rights, says Kukunda. "The more women open up about it, the more effectively we can tackle the problem."

Citizen Reporters: Voice of the voiceless in rural Uganda

In the run-up to Uganda's presidential elections, access to information was vital, especially in rural communities. But the media rarely cover community issues - something that citizen reporting aims to change. (12.02.2016)