With governments increasingly pulling the plug on Internet and social networks during critical periods such as protests and elections, it's time to get informed about Internet shutdowns. 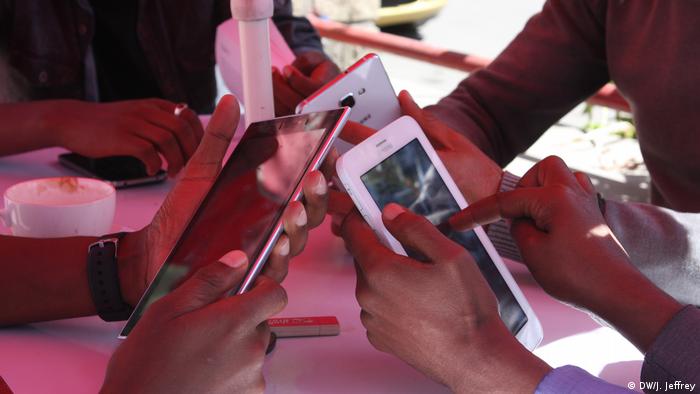 Smartphone use in Addis Ababa: After Ethiopia declared a six-month state of emergency in October 2016, its government had shut down mobile data and blocked numerous social media sites

Guest post by Deji Bryce Olukotun, Senior Global Advocacy Manager at Access Now, an international non-profit that defends and extends the digital rights of users at risk around the world.

What is an Internet shutdown?

An Internet shutdown happens when someone – usually a government – intentionally disrupts the Internet or mobile apps like WhatsApp or Telegram to control what people say online. Here's a more technical definition developed by experts: "An intentional disruption of Internet or electronic communications, rendering them inaccessible or effectively unusable, for a specific population or within a location, often to exert control over the flow of information." Shutdowns are also sometimes called "blackouts" or "kill switches".

Why do governments order shutdowns? 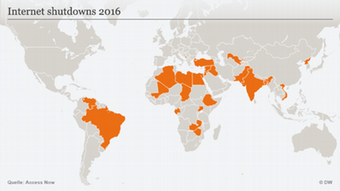 Governments justify Internet shutdowns for a variety of reasons, such as stopping people from sharing information or organizing protests, even when the demonstrations are peaceful. Governments also shut down social media and the Internet during elections – the most critical moment in a democracy – in order to shape the outcome or hide fraud. Other common excuses include avoiding cheating on school exams or preventing unrest during public holidays.

There is no evidence that shutting down the Internet helps prevent terrorist attacks or stops them while they're occurring. The more likely effect is that they prevent police officers and emergency responders from doing their jobs exactly at the moment they're most needed. And a shutdown can actually be harmful as people can't find out if their loved ones are safe. Governments need to share more about why they order shutdowns to let the public make an informed choice about the issue.

How are governments able to shut down the Internet? I thought there wasn't a single kill switch.

There are several ways to shut down the Internet. One way is to make sure that when you type in a web address, such as dw.com/mediadev, your Internet service provider doesn't allow you to find the underlying IP address. Another way is when an Internet service provider messes with the routing tables and removes key details so that packets of information traveling on the web aren't allowed to travel to their final destination. Governments are using increasingly sophisticated methods to disrupt communications – you can learn more here.

How can you know it's not just a technical problem when the Internet goes out?

A variety of stakeholders – journalists, corporations, civil society groups and governments – collaborate to figure out if a shutdown is an intentional disruption rather than a technical glitch. There are often digital clues along the way that help us understand the situation better, such as users being able to circumvent blocks with a Virtual Private Network (which masks their location). At other times, governments openly admit they have ordered a shutdown.

Why should I care about Internet shutdowns? Aren't issues such as world poverty more pressing?

The Internet helps us realize our human rights, including freedom of expression and privacy. When governments shut off the Internet, people can't communicate with loved ones, run their businesses or even visit their doctors during an emergency. More and more people need the Internet to connect and make a living, and cannot afford to lose access on a routine basis. The worst thing we can do is sit and do nothing. It's totally possible to organize so that the world outlaws this practice entirely – in the same way that most countries have agreed to ban chemical weapons – and then we can hold people accountable for violating the rule.

You mentioned shutdowns can affect businesses. But shutdowns are often just for a day or two, so they can't hurt businesses that badly, can they?

Businesses suffer immensely during Internet shutdowns. The US-based Brookings Institution – a major think tank – found that the global economy lost at least 2.25 billion euro ($2.4 billion) from Internet shutdowns over a one year period from 2015-2016. That's an absolute minimum. We've seen juice sellers, online banks, courier services and Internet companies all lose drastic amounts of money during disruptions. This especially hurts developing countries, which are striving to embrace the digital economy and innovation.

Can governments be penalized for ordering a shutdown? 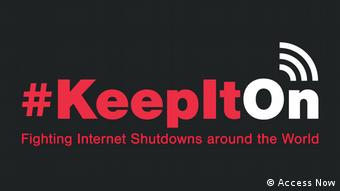 Yes and no. The United Nations Human Rights Council has "unequivocally condemned" Internet shutdowns and so too have many officials and leaders around the world. All governments have a responsibility to respect and protect human rights and provide a remedy when rights are violated. But there is currently no binding sanction or penalty for disrupting the Internet. So we must raise the stakes – and our voices – each time it happens.

The digital rights organization I work for, Access Now, has documented 52 shutdowns in 2016 alone, which is a significant rise from less than 20 shutdowns in 2015. As more people use the Internet and social media, they are also increasingly enjoying the freedom and opportunity these provide to organize themselves and advocate for what they want. In response, it seems governments are shutting down the net more often to stop this practice – at enormous cost.

What can civil society groups do to influence governments to avoid shutdowns?

Civil society has a huge role to play in ending the practice of shutdowns. We can speak out to our leaders, collect information and evidence about shutdowns, educate our communities and develop ways for people to stop shutdowns. We can also help them circumvent shutdowns – through the use of technology tools such as Virtual Private Networks – to allow people to get online in certain situations. But shutdowns are a truly multistakeholder problem, with companies and governments also playing a critical role. We all need to work together to reach a solution.

Sometimes it takes a creative approach: Access Now, for example, partnered with a cosmetics company to raise awareness around Internet shutdowns by creating a special bath product called Error 404, the error message that appears when a webpage can't be found and used at times by governments to conceal censorship. The Error 404 bathbomb sold in 40 countries and nearly 1,000 stores. From this collaboration, we delivered a petition signed by 46,000 people to world leaders at a UN conference, asking them to publicly commit to keep the Internet on.

Have their been any successful attempts to end an Internet shutdown?

Yes! Over the past two weeks, we've had major victories against Internet shutdowns. The African countries of Chad and Ethiopia both lifted government-ordered disruptions that had persisted for months. Gambia, in West Africa, also cut off the Internet during its recent election and had reportedly ordered its Internet providers to keep the Internet off for three full days. After the first day, the Internet was back on. In all three countries, local civil society groups reported that international pressure had a major impact.

Access Now has been fighting Internet shutdowns since the organization was founded in 2009, when the government of Iran disrupted the Internet. It is currently working with a coalition called #KeepitOn, which consists of more than 100 organizations from nearly 50 countries to push back against this practice at all levels – at the United Nations, at the government level and with key stakeholders such as telecommunications companies and investors.

What are digital rights?

With Internet shutdowns becoming the norm during Africa's elections, a tech group is betting on Ghana staying online when the country votes so it can track social media to spot potential trouble. (05.12.2016)