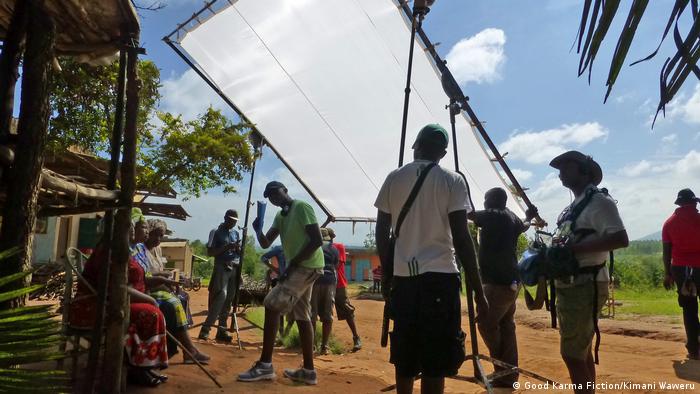 The DW Akademie Film Development Fund was launched in 2021 in order to support filmmakers from the Global South who may otherwise struggle to get their stories told. After naming five grantees from Ethiopia for the inaugural funding round, the Akademie conducted a further call for applications in Tanzania and Uganda. The Fund will open applications later this year to filmmakers in each of the three countries for the second round of the program.

To date, the Film Development Fund has offered grants and mentorship to 15 African filmmakers to support the development of their films. Three juries of film experts joined the Fund to assist in selecting the grantees. Their expertise and commitment to the development of Africa's film industries were invaluable to the success of the program. Meet some of the members of our growing film development community! Lacey Tu (jury member Ethiopia) began her career in the film industry as a production coordinator for documentary filmmaker Marco Orsini. She later joined the International Emerging Film Talent Association (IEFTA), a Monaco-based NGO, as its head of development. During her time at IEFTA, she has overseen three critical international UN Refugee campaigns (in print, broadcast and new media) while developing IEFTA's engagement with the educational and industrial capacity of emerging economies in Sub-Saharan Africa. Lacey has since transitioned to IEFTA’s Active Board to focus on the organization's management and strategic direction while continuing to work as a producer on documentaries.

"The DW Akademie Film Development Fund is a key initiative for Ethiopian filmmakers and their film projects in the domestic market as well as on the international stage. Their commitment to long-term support and mentorship will have a solid impact on the success and growth of Ethiopian storytellers." 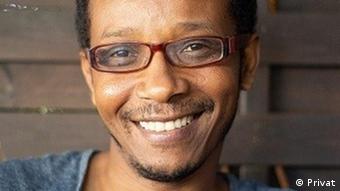 Mohamed Saïd Ouma (jury member Ethiopia) is an experienced filmmaker, an avid cultural operator and a seasoned festival manager who currently serves as the executive director of DocA-Documentary Africa. He cut his professional teeth as a festival manager for the International Film Festival of Africa and the Islands (FIFAI) from 2004 to 2015 where he managed to coordinate support for the festival from the Municipality of Le Port, Reunion Islands and the national film governing body (CNC). With his team, they focused on redefining the editorial line towards an author-driven agenda and adjusted it to be in sync with the support policy criteria.

"Filmmaking is a never-ending process. Keep learning film after film while staying true to your vision. It is the best way to create a body of work that will stand the test of time." 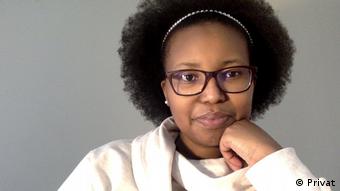 Ayanda Halimana (jury member Tanzania) is a South African screenwriter, story editor as well as consultant. She has more than ten years experience in the film and TV industry. She has worked at the SABC as commissioning editor for drama and worked at MNet’s Mzansi Magic as commissioning editor. Ayanda has since founded her own story development company, YandaHalis Films. Through her company, she does consultant work and training for young screenwriters for the National Film & Video Foundation as well as the Kwazulu Natal Film Commission.

"The ability to tell our stories allows us to interact truthfully with others and exchange life experiences in the most human way." 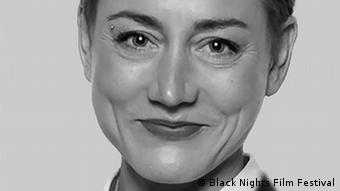 Julia Wagner (jury member Tanzania) is the founder and producer at Berlin-based HEARTWAKE films, producing fiction and documentary films of artistic and social relevance for the German and international markets, with a focus on feminist, queer and underrepresented perspectives. Originally trained as audiovisual media designer, she holds a diploma in international producing from Filmakademie Baden-Württemberg and is an alumna of BerlinaleTalents, EAVE ProducersWorkshop and Rotterdam Lab. She is also a member of the EWA European Women Audiovisual Network, WIFT, the French-German Film Academy and Produzentenverband. She has been a member of the production committee at Filmakademie Baden-Württemberg as an advisor and lecturer since 2019, where she also teaches in the Gender-in-Progress line.

"A huge thank you and shoutout to each filmmaker who shared their story with us, allowing us to discover such a variety of fun, sad, empowering, angry, complex, thoughtful and entertaining projects to be developed by promising filmmaking talents from Tanzania." 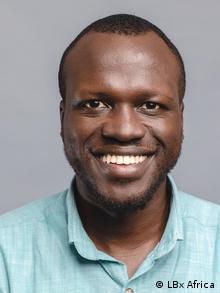 Sam Soko (jury member Tanzania) is a documentary filmmaker based in Nairobi, Kenya. With his captivating approach to socio-political storytelling, he has developed content and collaborated with firebrand artists worldwide. His first feature documentary project, "Softie", a story about balancing the deep love of country with the family's needs, premiered at the 2020 Sundance Film Festival, winning a special jury prize for editing. Soko has gone on to receive Emmy, Peabody, and PGA nominations for his work. He is an outspoken defender of freedom of expression and has taken part in global conversations on making media matter when the world is on fire. Soko is also co-founder of LBx Africa, a Kenyan production company that works with local and international filmmakers to bring uniquely African perspectives to global audiences.

"The DW Akademie Film Development Fund provides welcome support in a space where finding money to begin projects is very difficult. It's terrific encouragement to African filmmakers to keep telling and sharing our narratives with the world." 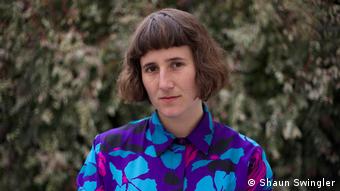 Jenna Cato Bass (jury member Uganda) is a South African writer, filmmaker and former magician. Her award-winning films include the short, "The Tunnel" (2010), and the collaboratively-created features "Love the One You Love" (2014) and "High Fantasy" (2017), which have screened around the world, including at the Sundance, Berlinale and the Toronto Film Festival. Together with Wanuri Kahiu, Jenna co-wrote the coming-of-age romance, "Rafiki", which premiered in Cannes Un-Certain Regard in 2018. Her third feature as director and writer, "Flatland", was the opening film of the 2019 Berlinale Panorama. In 2019, Jenna directed the short film "Sizohlala" which was executive produced by acclaimed filmmaker Jia Zhangke. Her fourth feature film, the horror-satire "Mlungu Wam" co-written with Babalwa Baartman, premiered at the Toronto International Film Festival in the Platform competition. Jenna also teaches and is a founding member of Free Film School, an alternative arts education and skills-sharing collective in Cape Town.

"Development is, in my opinion, the most important phase of filmmaking. There's pressure from all sides to rush into production. But without development, we don’t get great films, or the long-term growth of talent, ideas, and careers. This fund comes at a crucial time for African cinema." 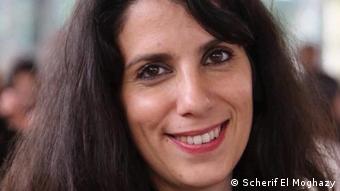 Azza Chaabouni (jury member Uganda) is a Tunisian teacher-researcher, editor, independent film programmer and serves as an expert and consultant on film projects and for cultural organizations. From 2014 to 2019, she developed and led TAKMILWorkshop/Carthage Film Festival (JCC). From 2018 to 2020, she was the head of Ciné Par’Court خطوات, a short film production program based in Tunisia (CNCI and Goethe Institut-Tunis).  In 2020, she initiated MedFilm Works in Progress and MedFilm Talents, part of MedFilm Festival professional platform. She is also responsible for TATWIR, a new development program for creative documentaries initiated by Doc House-Tunisia. Azza studied cinema in Cinecittà-Rome and pursued a Master's Degree in social and cultural anthropology in Tunis. She is based in Tunis where she teaches cinema and visual anthropology at the Higher Institute of Applied Studies in Humanities-Kef.

"DW Akademie Film Development Fund is a way to delve into diverse and rich Ugandan cinematographic universes, and reveal so many powerful African stories that need to be told." 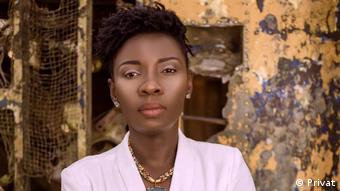 Laurene Manaa Abdallah, "Addy" (jury member Uganda) is film producer, editor and lecturer. She holds an MFA in cinema and TV from EICAR, Paris France, a diploma in film and TV from the National Film and Television Institute and a Postgraduate from the University of Winneba, Ghana. She believes in the ability of films to cross barriers and provoke discourse on pertinent issues and is currently researching the continuity and divergence in post-colonial West African cinema. Her filmography as producer includes, "Aloevera" (2020), "Sidechic Gang" (2018), "Keteke" (2017), "40 and Single" (2018). Her first feature film, "Keteke", won Best Screenplay at the 26th Edition of Fespacom with "40 and Single" winning the Audience Award at the LA Film Festival. Short films "Exhale" and "Her She Woman", which she wrote and produced, won the Merck Foundation Award in 2019. She has edited internationally acclaimed films like "Who is Afraid of Ngugi", "As the Days Went By…", "Stef" and "Perfection", some of which have screened at Cannes.

"It is not for lack of talent on the continent but the support and resource to harness the talent and materialize the visions. DW Akademie support is a timely intervention in a drastically changing world for creatives."

New perspectives: "Films are an engine for development"