30 years Windhoek Declaration: "I would like to see good journalism triumph" 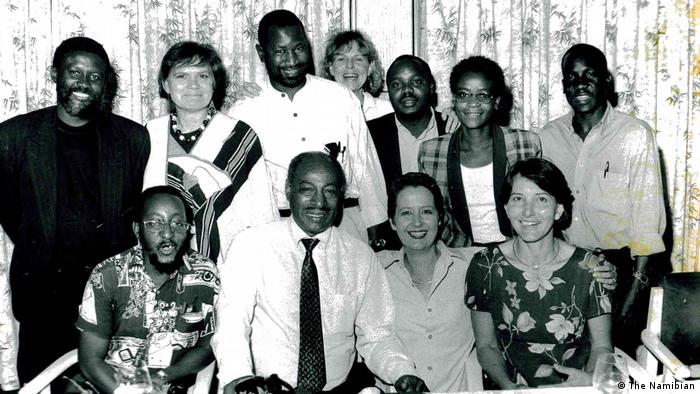 Participants of the UNESCO workshop on African media in Windhoek, Namibia, 1991

30 years ago on May 3, journalists from throughout Africa signed the Windhoek Declaration in the Namibian capital. The document outlined principles protecting the press from interference by governmental, political or economic interests. May 3 has since been designated World Press Freedom Day.

In an interview, Gwen Lister, a veteran Namibian journalist and chairperson of the Namibia Media Trust, and Tabani Moyo, the National Director of the Media Institute of Southern Africa in Zimbabwe, discussed the changing media landscape in Southern Africa over the past 30 years. Lister was also one of the original signatories of the Windhoek Declaration in 1991.

DW Akademie: This year, the theme of World Press Freedom Day is "Information as a Public Good". Why is that so important? Namibia's parliament, for example, still hasn't passed the access to information bill.

Moyo: Access to information is a foundation for all other rights spelled out in the bill of rights in our respective constitutions. It forms a structure and moral framework to ensure that governments release information.

May 3 marks the 30th anniversary of the Windhoek Declaration. What key changes in journalism have come about since it was adopted? 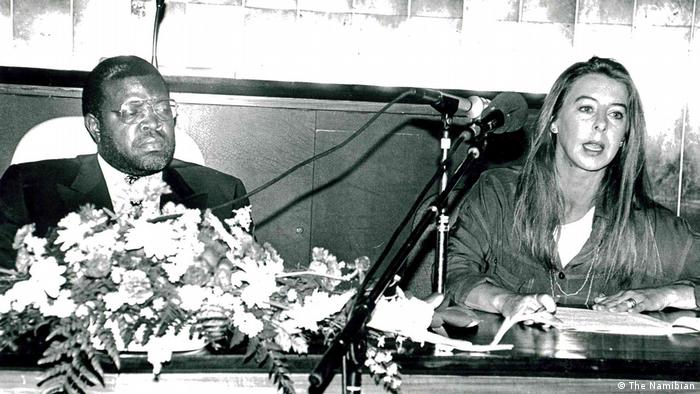 Gwen Lister (right) at the UNESCO workshop in 1991 with then Prime Minister and now president of Namibia, Hage Geingob

Lister: The major change is the internet. In 1991, there were two main forms of media: print media and radio. Nowadays that's called traditional media. At the time, both were mainly in the hands of the governments almost across the continent. Since then, the media landscape has changed considerably, first with the internet and then with social media. Back then, people read or listened to the radio but weren't active participants. We hoped the internet would bring about an era of democratization and free expression. But obviously, there have been a lot of problems as well, such as disinformation.

The declaration set out the principles of independent journalism. Are they still being followed?

How do challenges facing media viability relate to the principle of independence set out in the declaration?

Moyo: 30 years ago, media looked for advertisers to sustain their viability. Now we see that that business model is failing. There are new threats from businesses and political entities investing heavily in the media who want to use the editorial thrust of various publications or media houses to push their own agendas. And if you look to countries like Egypt, intelligence organizations there are running media organizations. So the challenges in terms of media viability 30 years ago were less pronounced compared to the pressures that there are today.

Lister: We still haven't come across a "silver bullet" to sustain good journalism. Global funds to help the media – particularly public service media – are being looked at. But the multiplicity of media ownership ranges from government-owned media to questionable characters, to private media, conglomerates and media that are purely for profit. How will choices be made as to which media to fund and which not to fund? And who will be deciding? These are some of the burning questions.

In such an evolving media landscape, which skills do independent journalists need to succeed?

Moyo: The cornerstone of good journalism remains: stick to the industry's codes and ethics. But for many years, leading institutions have struggled to cope with the changing pace of the industry. When I was trained, I focused on print journalism. Nowadays, journalists need to be highly versatile and produce stories compatible with multiple platforms. You can't remain unidirectional with ever-evolving communication, and with audiences now contributing to shaping the story.

What would you write into the Windhoek Declaration if you were to write it today?

Moyo: The fundamental principles of independent press and plural media are still valid but billions of people are now connected to the internet and contribute to the communication ecosystem and the media itself. This is an issue not yet covered in our legal frameworks. Instead, centralized governments are trying to control how citizens communicate. The declaration needs to respond to present-day challenges like online communication and digital rights. There are questions as to how big tech contributes to freedom of expression. How does information access become more enhanced in the age of an internet-based community? And how do you protect media sources when they can be easily compromised by breaching privacy issues? These all require rethinking.

What do users need to be able to navigate Africa's information landscapes?

Lister: A natural skepticism or a type of fact-checking should be inherent to us all but unfortunately that's not the case. We know that a lot of users who go online are very unsophisticated. Some think that everything posted on Facebook is to be believed. People need the basics of how to navigate the online world and how to find information that leads to the public good and, particularly, how they can benefit from it themselves. 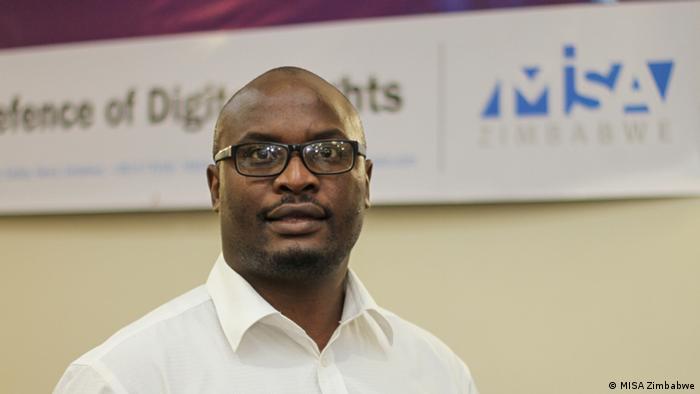 Tabani Moyo is the Director of MISA Zimbabwe

Do people in Africa get the reliable information needed to make everyday decisions?

What has the biggest voice in the public discourse and who do you think is still being excluded and marginalized?

Lister: When the internet came about I think everybody thought it was going to be a huge tool of democratization because they could go out and say what they liked. But I'll make a slight differentiation between the internet and social media. People who can access the internet and use it properly can learn a huge amount by going to the right sources. Social media, though, is the other side of the coin. Social media has done some good things in terms of mass mobilization. But generally speaking, I'm not sure that the bad of social media with the digital tsunami of disinformation doesn't outweigh the good right now. 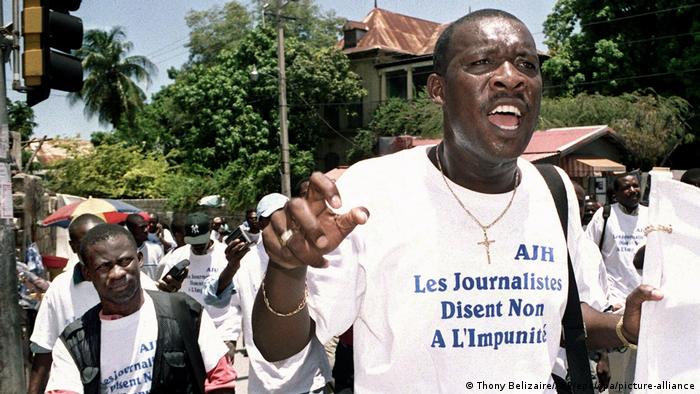 World Press Freedom Day is now marked worldwide. This is a press freedom march in Haiti on May 3, 2002

How would you like to see Africa’s information landscape 10 years from now?

Moyo: There needs to be a move towards infrastructure development to close the gap between urban and rural areas so that information is democratized. There must also be a regulatory framework that responds to the needs of the African community in terms of digital rights and secures rights expressed on- or offline. Regulations should also speak to the issues of safety and security for journalists to ensure that they remain brave in order to articulate the African story without bearing the brunt of repression.

Lister: I'd like to see good journalism triumph and find a way to sustain itself. I would like to see a more engaged African public who sees the values of press freedom and access to information and how it can make them more informed citizens and better participants in their own societies.

This interview was conducted by Namibian journalist Okeri Ngutjinazo, who is currently a trainee with Deutsche Welle in Bonn.

Reporters Without Borders: Press freedoms under pressure in pandemic

A new report says that while press freedom around the world has been restricted during the coronavirus pandemic, journalism continues to be a tool against misinformation. Germany has come in for specific criticism.

Press freedom: Journalists end up in jail for reporting on coronavirus crisis

Hundreds of journalists are in prison worldwide for not giving in to government censorship, according to the German chapter of Reporters Without Borders. The findings were published in its annual report on press freedom.

At least 50 journalists worldwide have lost their lives on the job this year, according to the annual report of media advocacy group Reporters Without Borders. The NGO has warned of an increase in targeted killings.

DW Akademie is deeply concerned by the recent violations of media freedom and human rights in Zimbabwe.

Yearning for digital but not always media literate: Media and Information Literacy amongst Namibia’s youth