Human-centered design is emerging as a new tool in development. Consultants working on a media project for young people in Shatila camp in Lebanon describe how they used the method to understand refugees' needs. 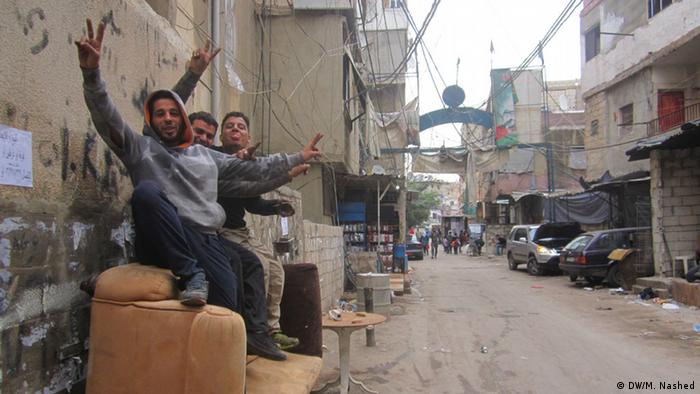 Three men in Shatila take a break from construction work

The Shatila refugee camp in the Lebanese capital, Beirut, is home to tens of thousands of refugees crammed into a one square kilometer patch of land. Originally built for 3,000 Palestinian refugees in 1949, Shatila was already bursting at the seams before the latest influx of Palestinians and Syrians fleeing the war in Syria further swelled the camp's population - and the tensions between the different groups living there.

For young people in Shatila, life is hard. Residents are banned from working in many occupations outside of the camp and unemployment, especially among the young, is high. The vast majority of families live in poverty and young people have few opportunities for education and self-expression. Against this background, DW Akademie, a German media development organization, together with the Lebanese NGO Basmeh & Zeitooneh (A Smile and an Olive), is preparing to launch a media initiative for young people living in the camp. Called Shatila Voices, the initiative will start by the end of 2016.

Take a step back before moving forward 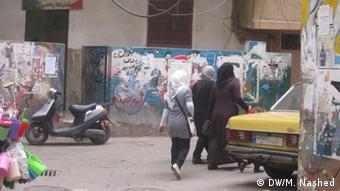 In the initial stages of the project, DW Akademie broadly defined the objective for Shatila Voices as follows: "How can media help improve the lives of Shatila's young inhabitants?"

When we came on board as consultants, we thought the project needed a more detailed understanding of the needs and concerns of Shatila's young people - their lives, struggles, hopes and desires - before identifying more precisely how media could be leveraged to meet those needs.

To achieve this aim, we made use of human-centered design.

Human-centered design is a ground-up problem solving approach based on discovering underlying human needs through a deep understanding of the people being designed for. It uses collaborative, experiential methods like immersion, observation, interviewing and creative discussions to allow empathy and first-hand understanding.

We crafted a new objective: "How might we discover the actual media needs of Shatila’s young inhabitants?"

To answer this question, we designed a four-day experiential workshop mixing interactive group learning with fieldwork, which was to be conducted by 16 young Palestinians and Syrians receiving citizen journalist training as part of Shatila Voices.

Involve the users at the earliest stage, even if it seems impossible 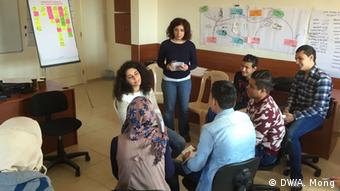 Security and safety are often issues of concern when conducting fieldwork. In Shatila, where tensions are mounting between the original Palestinian refugees, the newly arrived Palestinians from Syria, the Syrians and the surrounding Lebanese population, an out-of-place look, word or gesture can inflame the situation. In Shatila, no one walks around asking people questions without the risk of being labeled a spy or a government agent.

Despite these challenges, we firmly believed that the best way to understand the needs of Shatila’s young people was to ask them directly.

Before the four-day workshop, Basmeh & Zeitooneh laid careful groundwork by distributing information about the project to influential stakeholders, such as the various Palestinian political factions in the camp. They also provided the 16 trainees citizen journalists and us with documentation and jackets bearing the NGO's name.

We spent the first two days of the workshop preparing the aspiring citizen journalists for the special kind of empathy interviews required for human-centered design. Unlike journalism interviews, which are aimed at extracting information, the human-centered design approach is to try put oneself in the shoes of those being interviewed and adopt their perspective. 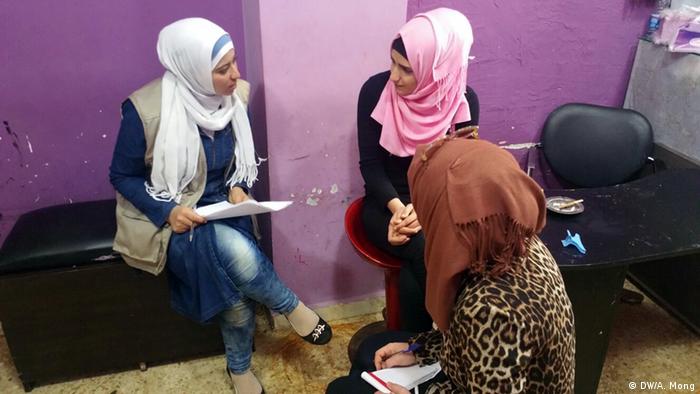 Interview with a Shatila resident in a local shop

This preparation involved role-play and mock interviews by the trainees, as well as discussion about how to conduct themselves, handle rejection, deal with suspicion and hostile reactions, and start building trust within the community.

The emphasis was on conducting the interviews with compassion and understanding, while abiding by the following fundamental rules:

We asked the team to also observe how young people were using media and in what context, such as a computer in an Internet café or a mobile phone on the street.

Understanding the full scope of needs

Before they went out, the trainees were worried about rejection and even physical abuse. The opposite turned out to be the case.

"People opened their hearts to us very quickly today!" said one trainee proudly. By the end of the workshop, the 16 citizen journalists had conducted more than 20 interviews.

A 17-year-old Syrian girl confessed that she felt lonely and missed her friends and family back home.

A 15-year-old Syrian teenager said he wanted nothing to do with the camp, before revealing the horrific traumas he went through before ending up in Shatila.

"Why do they treat us differently from the Lebanese?" asked a Syrian woman, expressing her frustration about being discriminated against by the Lebanese and not being accepted as an equal. 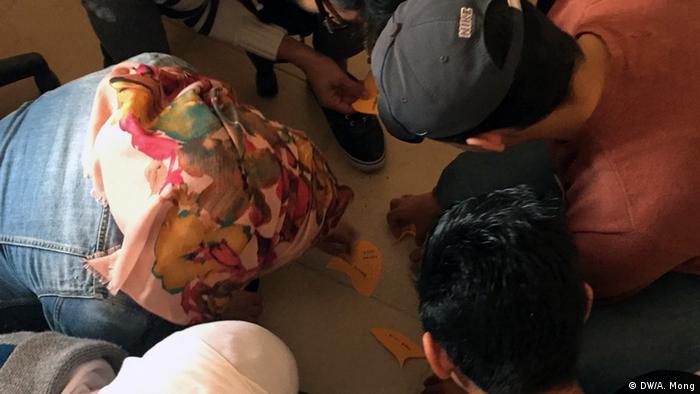 Brainstorming ideas during the workshop

We saw these statements as revealing "emotional needs" such as a need for a sense of community or a sense of belonging - something many Shatila residents lack. And we believed that approaching young people without judgment and with open minds allowed the future citizen journalists to connect with the people they talked to and to better discover these needs.

Use insights to come up with new design questions

Are these needs related to media? Certainly not. But understanding the concerns of Shatila Voices’ potential users helped the team see the initiative from a completely different perspective.

These are the more focused objectives that emerged after the needs assessment, and each of them opens up a new world of opportunities for the project's design.

Brainstorming a range of solutions 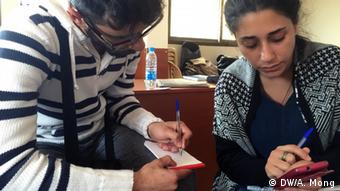 Trainees ask each other what they use their mobile phones for

The workshop ended with a taste of the project's next phase: brainstorming new objectives and "how-might-we" questions, and exploring different solutions for these newly discovered needs.

The trainees came up with many new ideas, such as organizing a series of storytelling events for Shatila residents which could, through media coverage, help others to overcome trauma. Another idea was the production of a reality video drama about a Shatila inhabitant fighting drug addiction.

The fieldwork also revealed the popularity of social media, such as Facebook and Instagram, and messaging apps, such as WhatsApp.

Armed with this information, the trainee citizen journalists now know they need to optimize video reports for mobile use, such as shooting short videos for small screens. It also means that Shatila Voices will be much more mobile phone focused than anyone had imagined prior to the workshop.

Moreover, the trainees realized that the new online platform should place a greater emphasis on social issues.

Learning and fine-tuning as you go

The needs-finding workshop turned out to be an eye-opening experience for everyone involved, for the trainees, for us and for the interviewees. The citizen journalism trainees came to realize the importance of properly understanding their potential audience. As consultants and workshop facilitators, we were able to explore new objectives to improve the project's design.

And as for Shatila's residents, they were positively surprised that they were being listened to. "Hey, when will you be launching your project?" was something we heard many times on the streets on the last day of the workshop.

Mariam Semaan is the founder of The Right Brain Company, a Global Design strategy and facilitation studio based in Beirut, Lebanon. She is also a lecturer at the Hasso Plattner School of Design at Stanford University and a lecturer and mentor for the Masters in Global Design at Beirut's ALBA University. Mariam has previously worked as a journalist and producer for print, radio and TV.

Attila Mong is a Berlin-based investigative journalist focusing on anti-corruption and transparency issues. He works as a consultant for DW Akademie, where his mission is to foster human-centered approaches in media development and advance innovative projects.

Both authors are alumni of the innovation-focused John S. Knight Journalism Fellowships Program at Stanford University.

With development often being less effective than it could be, organizations are looking for alternative methods. #mediadev talks to Butterfly Works, which puts people and design thinking at the center of its approach. (03.11.2015)

Young refugees at the Shatila refugee camp in southern Beirut are learning journalism skills. This is part of a new project to develop an online platform where youths can exchange information and ideas. (10.02.2016)