Young refugees at the Shatila refugee camp in southern Beirut are learning journalism skills. This is part of a new project to develop an online platform where youths can exchange information and ideas. 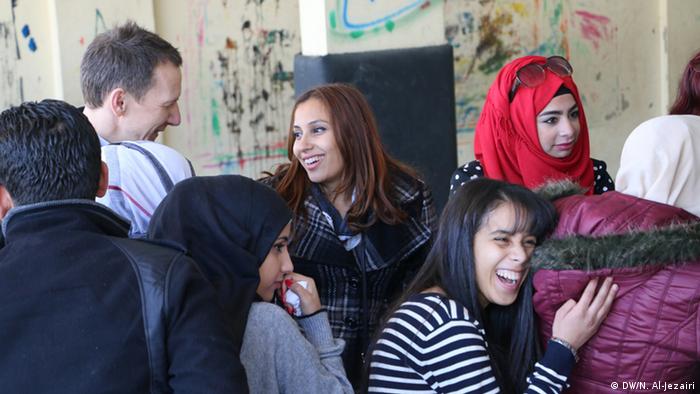 Among the 40 guests gathered at the community center in Shatila are young Syrian and Palestinian refugees. They are attending the launch of an online project, where they will learn to become citizen journalists. The youths will learn how to research, film and write reports so that they can chronicle their lives as refugees in the Lebanese capital.

DW Akademie's main partner in the "Shatila Voices" project is the Syrian non-governmental organization, Basmeh and Zeitooneh (A Smile and an Olive). The well-established aid agency, which is based in the camp, focuses on providing social services to the refugees." The project has a new and creative approach to helping young people here," says Abed Moubayed, head of the NGO's community center. The Shatila camp was originally set up in 1949 for Palestinian refugees uprooted after the creation of Israel. Due to the influx of refugees fleeing Syria's civil war, the camp's population has doubled to approximately 40,000 since the conflict began in 2011.

DW Akademie will be on-site on a regular basis, training and coaching a group of young refugees as citizen journalists. Local project coordinators are also involved in the project, which is financed by Germany's Federal Ministry for Economic Cooperation and Development (BMZ). The goal is to develop a community online platform where the youths offer practical information, entertaining educational content, and stories and video reports for their contemporaries. The platform is to go online at the end of 2016. 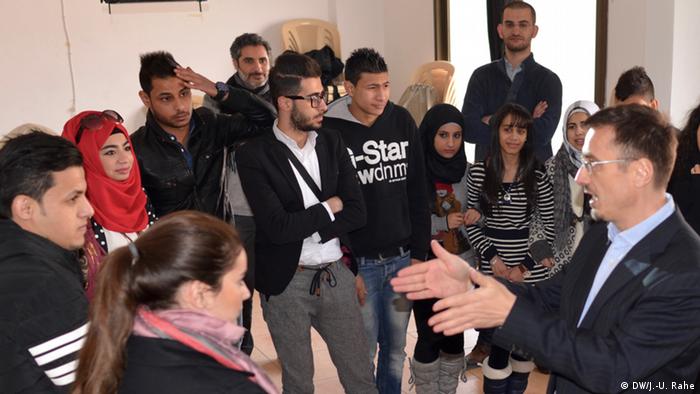 One of the youths taking part in the project is 17 year-old Omar Ahmed, who fled the Yarmouk Palestinian refugee camp near Damascus three years ago. "I see the project as an opportunity, and it might even open up career prospects for me," he says. "If we report on our lives here ourselves," Ahmed adds, "it's much more credible than if somebody else does." Indeed, giving the refugees a chance to tell their own stories underpins the DW Akademie project. The flood of one million people from neighboring Syria is causing rising tensions among Lebanon's population of 4.2 million, many of whom see the refugees as a burden. This attitude is very apparent in public debates in the country. "The refugees have almost no voice and have lost their trust in the mainstream media," says DW Akademie country coordinator Jens-Uwe Rahe. Rahe says the project aims to help improve the dialogue between Syrians, Lebanese and Palestinians. 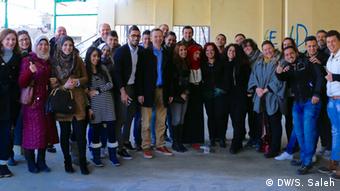 Youths aiming to tell stories about life in the camp

More support for the Shatila project will be coming from the Maharat Foundation , which will provide training for future video trainers. Lebanese journalist Roula Mikhael, who runs the Maharat Foundation, wants young refugees to realize that there is not only a great need for their reports and films, but that they can also help the Lebanese and international media to report on the refugees in a balanced and neutral manner.

At the launching event, representatives from the camp's administration also pledged their support for the project. As soon as the ceremony finished, the youths got down to work, brainstorming the needs and aspirations of the camp's young refugees. They pinned up colorful pieces of paper containing their ideas, giving a taste of what the platform will soon be offering.