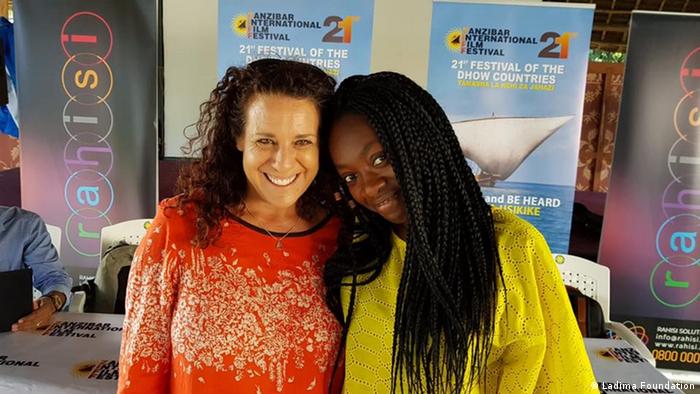 Lara Utian-Preston (on the left) is a marketing expert from South Africa and has a passion: to bring female perspectives to the big screen. It started when she was working for the Zanzibar International Film Festival (ZIFF) – one of the biggest cultural events in East Africa – and noticed that few African female filmmakers were represented there. She decided to change that and in 2017, together with the policy consultant Edima Otuokon (on the right) from Nigeria, founded The Ladima Foundation, a pan-African non-profit organization working to promote the interests of African women in the film business.

Interview with Lara Utian-Preston, CEO and co-founder The Ladima Foundation

The Ladima Foundation aims to correct the major gender imbalances in the African film industry. Why is that so important?

Men hold the key roles like directing and script writing, but many technical aspects like editing, and camera work tend to be dominated by men, as well. This results in two problems elsewhere in the world, but especially in Africa. Film is a rapidly growing economic driver and creates jobs, but women are excluded from many opportunities.

The second problem is how women are portrayed on screen. In terms of output, the Nigerian film industry is the second biggest in the world. A lot of research has been done on Nollywood films and shows that women are given stereotypical roles or, if they're strong, are shown to be bad. There's a direct relationship between who's behind the camera and what one sees on the screen. In Africa, the lack of women behind the camera has led to a lot of sexist content and consolidated patriarchy. But when African women tell their own stories, they offer a completely different perspective. 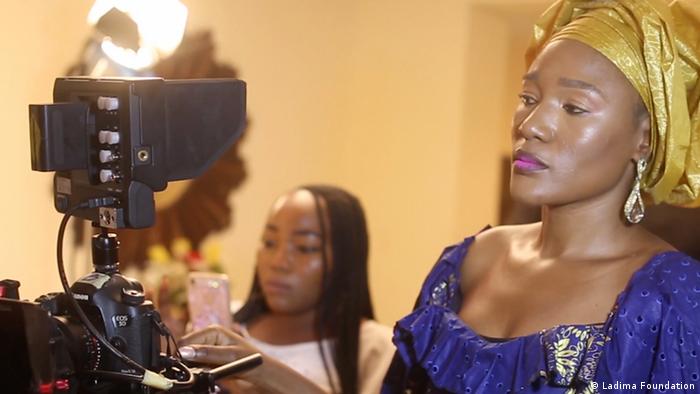 Film scene from "2020", one of about 200 entries in the short film competition "African Women in the Time of COVID-19" organized by DW Akademie and The Ladima Foundation

Can film be a game changer for women in traditional African societies?

Visual images are everything. People can consume video content wherever they want whenever they want, whether it's on YouTube or Netflix. Who creates the content is important because it's about race, gender and diversity. But if only one type of person tells the stories, you only get one version. Film content – not just for films, but for TV and web series, as well – is probably one of the most powerful forms of influence in a society. And so it's fundamentally important to be seen, especially for African women. 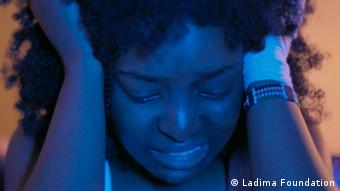 Film scene from "Love Zawadi" by Wambui Gathee, one of the winning entries "African Women in the Time of COVID-19"

Is it important just in the African context or for the world as a whole?

About 200 films entered our short film competition "African Women in the Time of COVID-19" in July 2020. We had organized it together with DW Akademie. There was incredible diversity in the stories and yet everyone could relate to them, even if you were sitting in Berlin. There were stories about isolation, about the burden of family care that falls on women especially in times of crisis, and about the hope and resilience of women. These are universal experiences and are incredibly important, especially for a global women’s movement. Africa has a population of over one billion people and half are women. They have to be empowered to speak for themselves because their voices need to be heard – in Africa and elsewhere in the world. 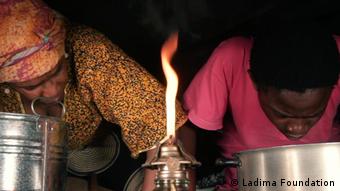 Film scene from "Remedy" by Jessie Chisi, competition entry "African Women in the Time of COVID-19"

What is needed to empower women in the African film business?

If your goal is gender equality and gender issues, you can make a difference, whether we're talking about a film festival, a governmental film board, a production house or a donor organization.  It starts with how you select juries, how you word your call for entries, the categories you choose, how your selection process works, mechanisms you have against sexual harassment – this all impacts whether women succeed in the business or not. It's about consciousness-raising and must include the gate keepers: those with the power to keep people in or out of an industry, and those with decision-making authority who determine who gets funding, which films are financed and who gets hired. Most people in those positions are still men. If you try to make the change without them, you won't succeed because it's not something that happens naturally. 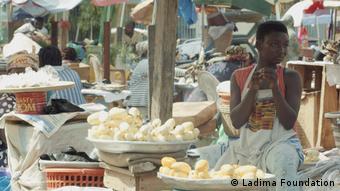 Film scene from "Worlds Apart" by Yehoda Hammond, one of the winning entries "African Women in the Time of COVID-19"

When it comes to quotas, some are afraid that women will be seen as tokens and not taken seriously. Are there enough qualified women?

The Ladima Film Academy is supported by DW Akademie and focuses on training and advancing women in the film industry. We offer professional training that ranges from basic to advanced levels in editing, cinematography, directing, scriptwriting, animation, production and documentary filmmaking. The goal is obviously to get more women in these roles so they can start their own businesses, create their own productions or find jobs in the industry. We have an online network called The A-List. We often hear production teams saying they couldn't find a female cutter. We have over 2000 women on a database across 20 different disciplines in 40 countries. The talent is there – and you can find it. Film scene from "I'll call you later" by Aurelie Stratton, one of the winning entries "African Women in the Time of COVID-19"

Sub-Saharan Africa is set to become the world's fastest growing TV market. You mentioned Netflix. The global streaming giant is investing in content coming from the continent.  Can international investment help promote women's issues in the business?

Netflix is putting African content in the spotlight. They're working with local creative people and a lot of African content they're producing has strong female protagonists. However, most African films won't end up on Netflix. The African film industry needs to function like an ecosystem, with the content coming from the continent for the continent's population. The challenge is to find sustainable mechanisms that leverage a range of distribution models ranging from digital to broadcast channels and that include mobile network operators, streaming platforms, pay and free-to-air TV. Much of the population does not have the money to pay for films. A sustainable model would need a long tail approach, where small payments from tens of millions of potential viewers come for an extended period of time. Most African governments don't have a lot of money to fund films. Not just films but any kind of art are seen as a luxury and not a necessity. That's a constant challenge but I think there's a realization that African institutions need to better fund creative sectors.

What keeps you going?

This past year's short film competition "African Women in the Time of COVID-19" was incredibly rewarding. I was blown away. In fact, one of the filmmakers was given a residency at the Berlinale film festival and another was invited to the leading women's summit 'Forbes Woman Africa'. Many also showed their films at other festivals. They're becoming successful, partly because of what we've done – and that's inspiring.

The Ladima Foundation supports and honors African women in film, television and other creative industries through partnerships and collaborations in various countries. The Ladima Film Academy is beeing established in Lagos, Nigeria with support from DW Akademie. Online and on-site introductory and advanced courses on editing, cinematography, directing, screenwriting, animation, production and documentary film are expanding career opportunities for female professionals. In 2020, the two partners organized the short film competition "African Women in the Time of COVID-19" for African women filmmakers. The documentary "The call - 1 pandemic, 20 countries, 172 filmmakers" presents 33 of the films that were submitted and lets ten female filmmakers have their say. They discuss storytelling and the film industry from the perspective of African women. The documentary, funded by DW Akademie, is to be screened at various film festivals starting June 2021.

The work of DW Akademie together with The Ladima Foundation is financed by Germany's Federal Ministry for Economic Cooperation and Development (BMZ).