Tools for a different approach to conflict reporting. By Antje Bauer 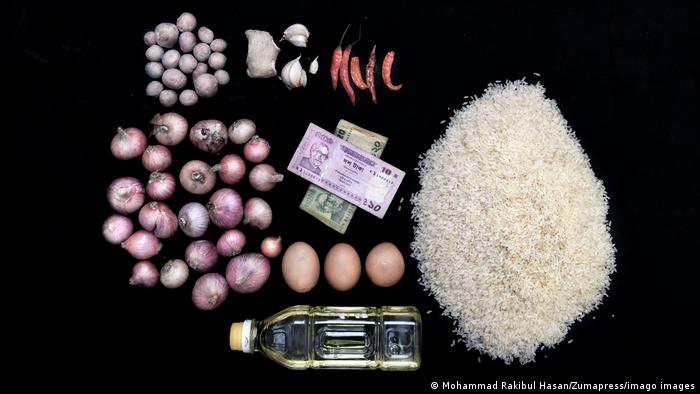 Poverty as a root for conflict: A deprived households' food for days.

Conflict reporting is usually predictable. For the viewers, listeners or readers, as well as the reporting journalists. The "personnel" involved in the conflict are often well known, as is what they have to say. The conflict seems to take a predetermined and inevitable course, all too often in the direction of an escalation that leaves reporters and media users alike with a feeling of powerlessness and hopelessness, but also weariness.

This monotonous and predictable reporting mainly stems from the habit of many journalists — or citizen journalists or users of social media — to content themselves with reproducing statements from the conflict parties (politicians, militias, leaders) instead of digging deeper. The result is that in the media, the conflict looks the way its actors present it. The real causes often remain hidden and are not reported about — out of ignorance, and sometimes out of convenience.

Another reason for the repetitive character of conflict reporting is the media’s focus on the conflict actors, who often have no interest in ending the conflict, even if they publicly claim the opposite. What is often missing in reporting are the indirect actors, the winners of the crisis, but also the losers on both sides. And as a rule, the voices of those who come up with ideas for solutions are completely absent. Integrating them all into the reporting would mean making this reporting more lively and multi-faceted and showing the media users that the tableau is not black and white, as claimed, and that there is also room to maneuver and possibly improve the situation.

There are a number of analytical tools that make it easier to dissect a conflict, identify the various people involved, and then make the reporting itself more diverse. In this publication, we present three instruments that are easy and quick to implement and are intended to encourage media professionals to adopt new approaches to reporting.