Single mothers in Morocco: "I'll become a technician myself!"

Single mothers in Morocco are still stigmatized and marginalized, and since the pandemic many have lost their jobs. But at the NGO "100% Mamans" women are training as radio technicians and looking to a better future. 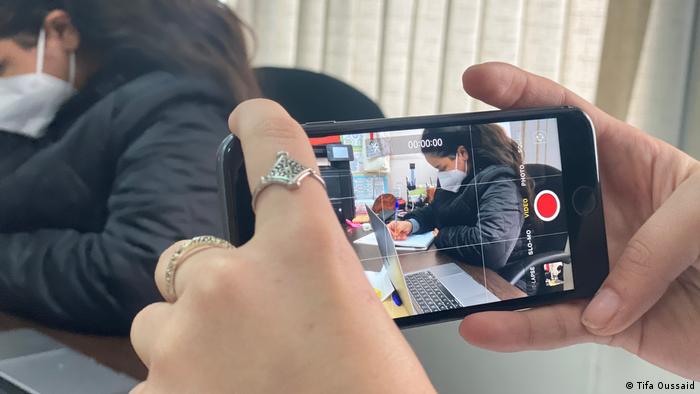 "Being a single mother in Morocco is hard because we're really marginalized and discriminated against," says Aicha (editor's note: name changed). "It's become even worse since the pandemic and many of us have lost badly-paid jobs," she points out. 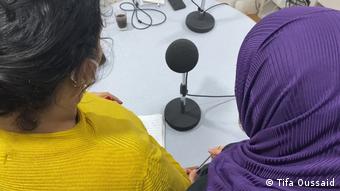 With the training, women are more confident and less wary of technology

In 2021, Aicha joined a training program offered by "100% Mamans" – a Moroccan non-profit organization (NGO) that promotes the legal rights of unmarried women and single mothers.

Together with other women, 30-year-old Aicha learned the basics of audio and video editing and was also given journalism training. She can now put together programs for the organization's online radio station, operate the mixing console and produce jingles herself. She is convinced the training will have a positive impact on her career. "We know that technicians are usually men, so I asked myself why I shouldn't become a technician myself," she says. 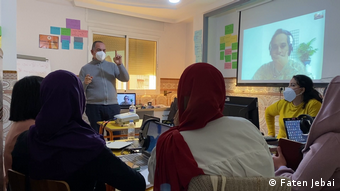 Strong together: Single mothers taking part in the "100% Mamans" training

Fatima (editor's note: name changed) also took part in the journalism and technical training program. She has long been involved with the community radio project "Mères en Ligne" ("Mothers on Air") and was looking forward to learning more skills. "The program's helped me become financially independent and to work in an area that I really enjoy," she says.

Raising children alone is not the only challenge facing single mothers in Morocco. Sexual relations outside of marriage is illegal there and can result in severe punishment, and society still ostracizes pregnant unmarried women. As a result, they often lose their family connections and jobs.

"I was afraid I'd always be marginalized, weak and stigmatized. But I've become stronger since joining '100% Mamans' and I've gained a new perspective," Fatima proudly says. "I can look now ahead and think about my child's future. I want to make sure he has a dignified, independent life and that I can shape my own future."

Helping others help themselves 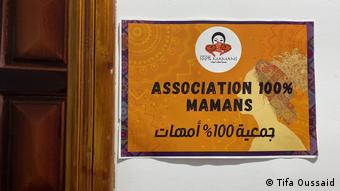 The headquarter of "100% Mamans" in Tanger, Morocco

"We want our station to be a space for free expression and where single mothers have a voice again in the public sphere," says Naïma Hamdani. "We want to make their demands visible, tackle sexist stereotypes, fight violence against women and provide legal assistance," she explains. The radio host joined the organization in 2010 and now helps other single mothers in similar situations. (LINK)

Women there can partially earn a living thanks to the training program and radio work, and despite the pandemic constraints. "Given the development of technology, there are more possibilities to work online and even from home," Fatima says cheerfully. And she says as a media technician she is now freer and can take better care of her child. All in all, she says she is more relaxed about her future. "Being a single mother is not the end of the world," she says. "In fact, it's a really good thing."

The names of the women have been changed for their own protection.

This project is part of the global initiative "Transparency and media freedom – Crisis resilience in the pandemic" by DW Akademie and the German Federal Ministry for Economic Cooperation and Development (BMZ).